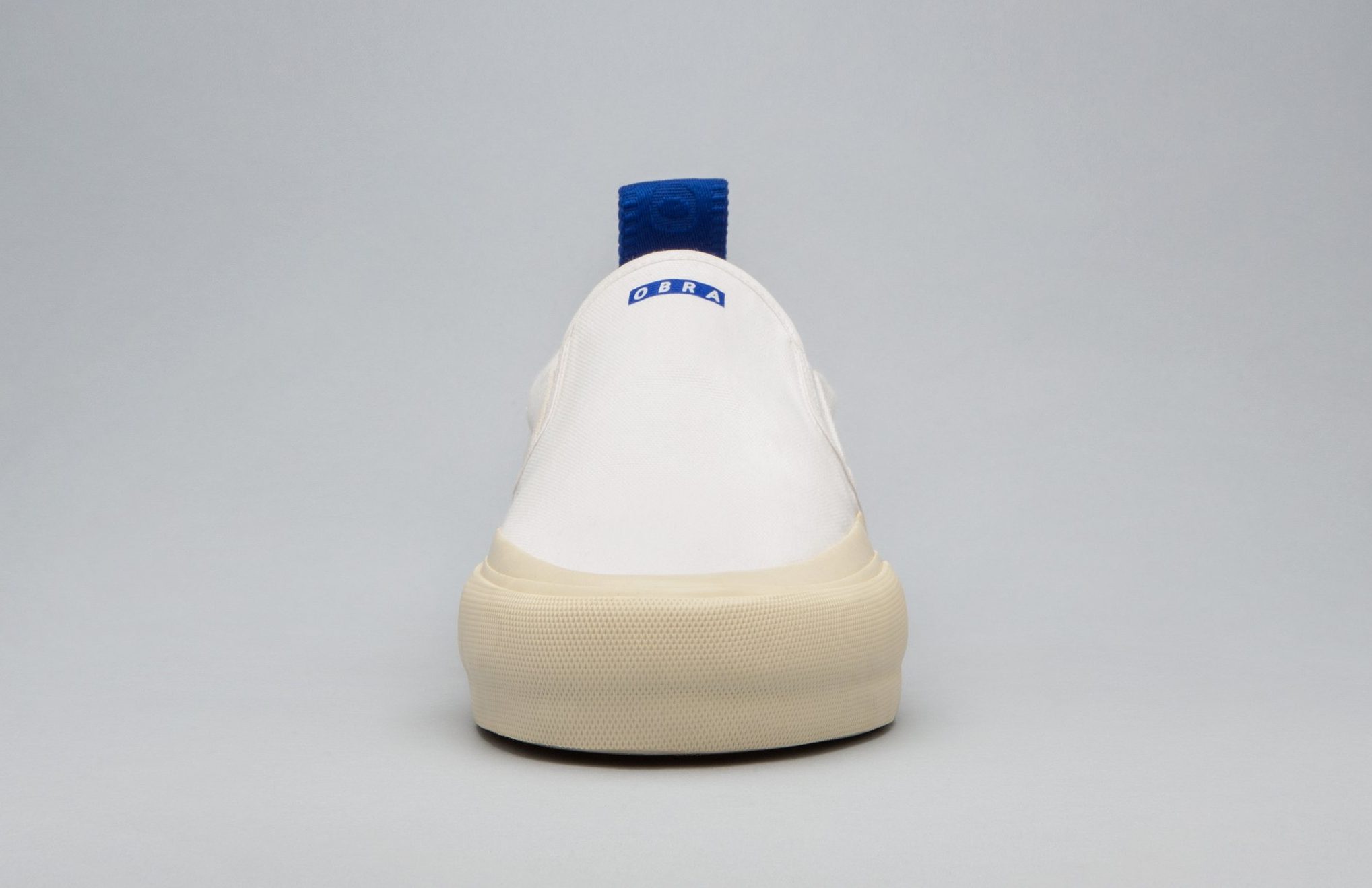 The white tennis shoe never goes away. A constant for most right (and some wrong) thinking menswearists. They’re just so damn useful, providing a glacial punctuation to pretty much any fit.

Come the warmer weather, you can yawn your way through any number of mainstream fashion articles (yes, we know John Lennon used to wear Spring Courts) featuring the same brands (Superga – seriously?) and the same breathless pronouncements (OMG you can even wear them with a suit.) However it’s rare for a decent looking new brand to come along. One that isn’t just a blatant Common Projects clone.

The brand is OBRA. They launched back in September of last year with ex-Director of Product for Converse, Dave Cory and ALIFE founder Arnaud Delecole at the helm. They’ve certainly got their ‘brand narrative’ down. As well as the shoppable range, their brand site meticulously details the make-up and heritage of the products as well as the brand’s commitment to ethical practices. The shoes are made in Brazil in a family owned factory that dates back to 1948 and you can even read about the benefits the workers enjoy. Furthermore, following the TOMS model, for each pair of shoes bought on the website, the brand donates $10 to charity. It’s all very heart-squeezing.

I rather like the look of the kicks too. It’s a small range, I won’t plod through them all here, but I’m kind of taken with these simple white slip-ons. I’m not one for branding (as I’ve exhaustively covered in the past) but I can excuse this little royal blue rectangle on the upper – if only because, as I type, the brand’s profile in the UK is zero. Tucked inside there’s a, “Microfiber-lined, dual-density thermoformed EVA Working Footbed”, which, you know… sounds posh. It’s for comfort apparently. Plus you’ve got a canvas upper, a proprietary rubber outsole and a chunky finger loop.

As I say, you can read (much) more about the rational behind the sneakers over on the brand site. Personally when I’m told that an outsole is inspired by the, “simplicity of Brutalist architecture” I tend to zone out a bit. I mean, it just looks like a grid. But overall, I’m reasonably down with these kicks. Obviously it goes without saying that white canvas is a prostitute for dirt – they won’t remain mint for long. And a shoe like this is never to be worn sockless with skinny jeans – if you don’t know why you’re on the wrong site.

They’re not too expensive though. $120 for these. Which is good in that you could replace a knackered pair without too much hardship. But bad in that it’s just the sort of price range that could make OBRA pop-up in Urban Outfitters one day. Naturally, the moment that happens any positives contained in this piece have reached their sell-by date.