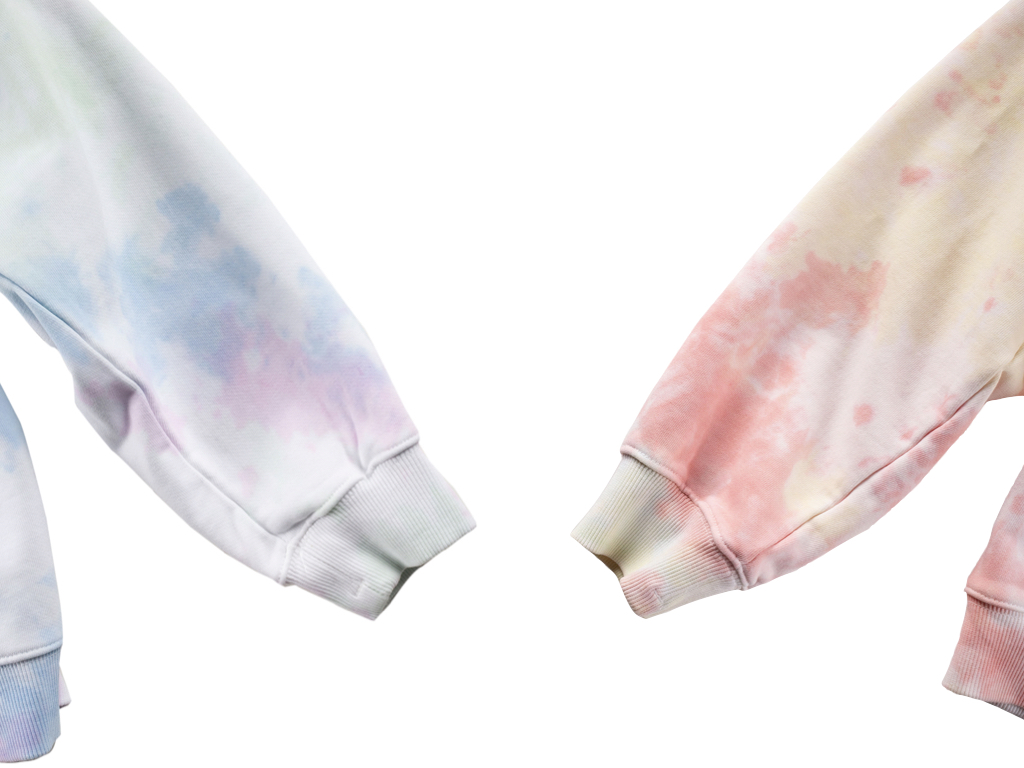 Being in turn indefensibly elitist and upsettingly superficial, this site rarely acknowledges modestly priced clothing. I am aware such things exist. I simply consider them irrelevant. As far as I’m concerned, you’re in the game or you’re not. I don’t care whether you have a perfectly serviceable, olive cotton blazer; if it was purchased from a high street chain you’re not in the game. If you’re wearing Ted Baker. You’re invisible. If you’re wearing Superdry, Thanos may as well ‘dust’ you now.

So, for this site to spotlight a sweatshirt that costs around £50, it’s either an extremely special garment, or I’m just being lazy. In truth, it’s probably a bit of both.

Hang on, scratch that. Thinking again about this tie-dye sweat (available in Sky and Flower colourways) I’m pretty sure I am being around 80% lazy. It’s from the Korean brand Birthdaysuit. I spotted it over on I Am Shop; I was drawn in by the candy-store colours, quickly ripped the pics down and started writing this before really thinking if I’d wear it. Maybe I’d wear the pale blue Sky one, on a hot day, as a ‘down the park throw-on’? But that’s about it. I’ve got a feeling I’m wasting everyone’s time here.

It’s probably one of those examples of me thinking, “it’s Korean, no one else in the UK will have it, thus it’s good.” But is it? Are they? Do they in fact look a bit like stuff you’d find in H&M or Zara? My problem is, I couldn’t tell you. For even though I’ve just written the names of those shops, I’m so tediously pretentious I have no idea what they are.