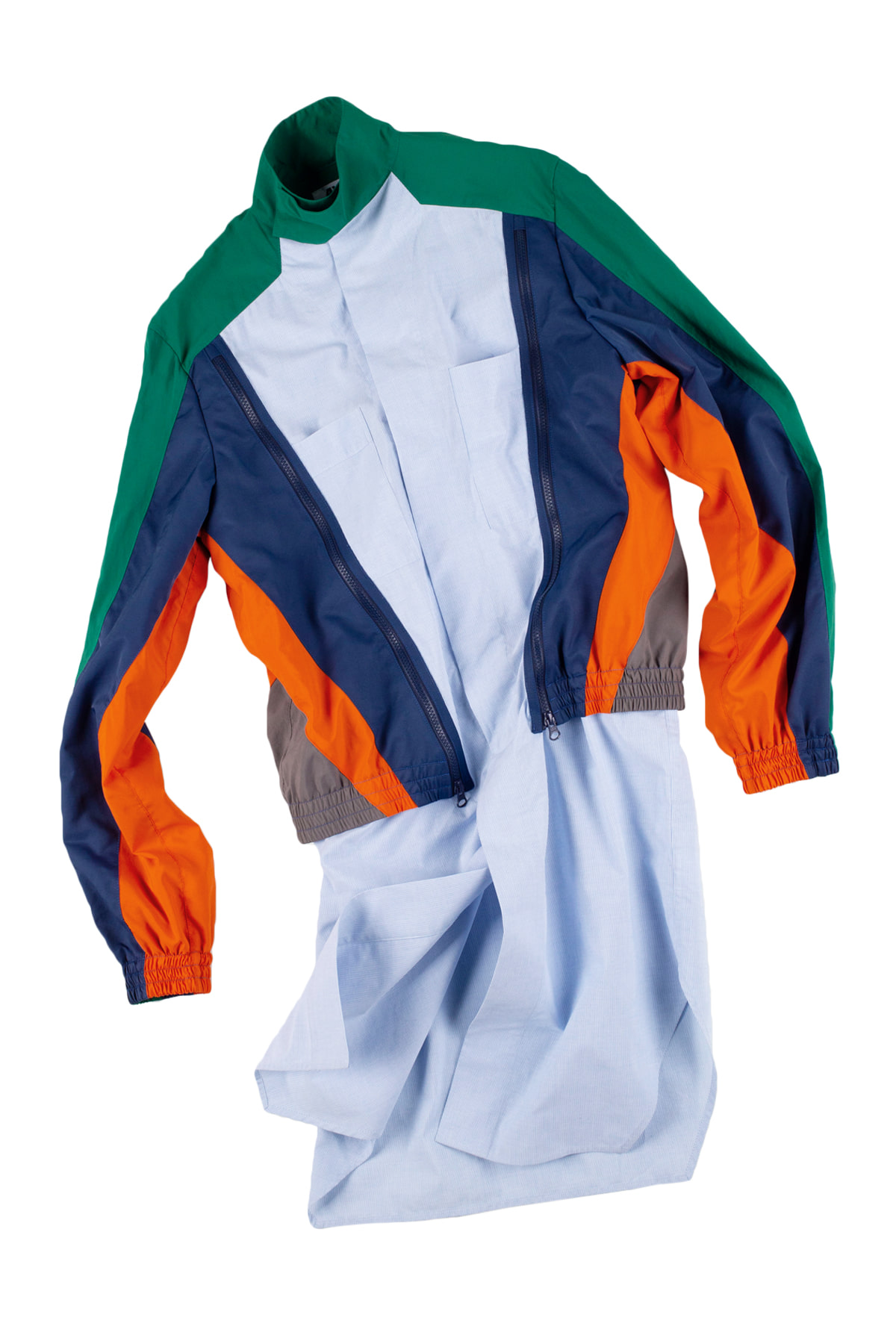 The Widow, Cheat, Line of Duty, Motherfatherson, Vera, The Bay. “Beautifully created drama sponsored by SEAT”. “Toyota Yaris sponsors drama on 4”. It’s all about the drama right now. Everything I watch must feature: at least one missing child; a troubled detective who has to juggle a difficult family life (a parent with Alzheimer’s, a fearsome monosyllabic son, or a secret sex-camming daughter will do nicely) a covert relationship between two married coppers; slow panning shots of bogland and a string of victims discovered with their lungs tied round their necks like bloody mufflers. Everyone loves a bit of drama.

This garment is nothing if not dramatic.

Is it a shirt? Is it a trackie-top? Clearly it’s both. And so much more. Or should that be less? It’s tricky when dealing with menswear statements so clearly rooted in the avant-garde. From one perspective you want to show the designer (in this case Antonio Dominguez) respect, give his work time, consideration and (in this case specifically) the benefit of the doubt. From the other perspective, well… it’s ridiculous no?

The brand is AYCH (pronounced H) and, assuming your stylistic preferences are suitably wonky, you can grab this over at I Am Shop. Of course, it’s your call whether you choose to dress like an Iraqi breakdancer. But looking at this, there are surely also some practical considerations. Cotton, particularly cotton shirting creases easily. While the synthetic jacket bit won’t. I mean, I don’t know if avant-garde bros have to do mundane shit like travel on trains, or sit staring at computer screens for hours? But if they do, their bottom half’s gonna look like a crisp packet.

That aside, how do you wash it? I’d guess dry-cleaning. But over time that doesn’t really work on cotton shirting. I expect I’d end up washing it by hand, in the bath, puffing and moaning at the injustice of mild manual labour. And that’s just not the avant-garde lifestyle I wanna be buying into brah. I’d rather be watching Baptiste.