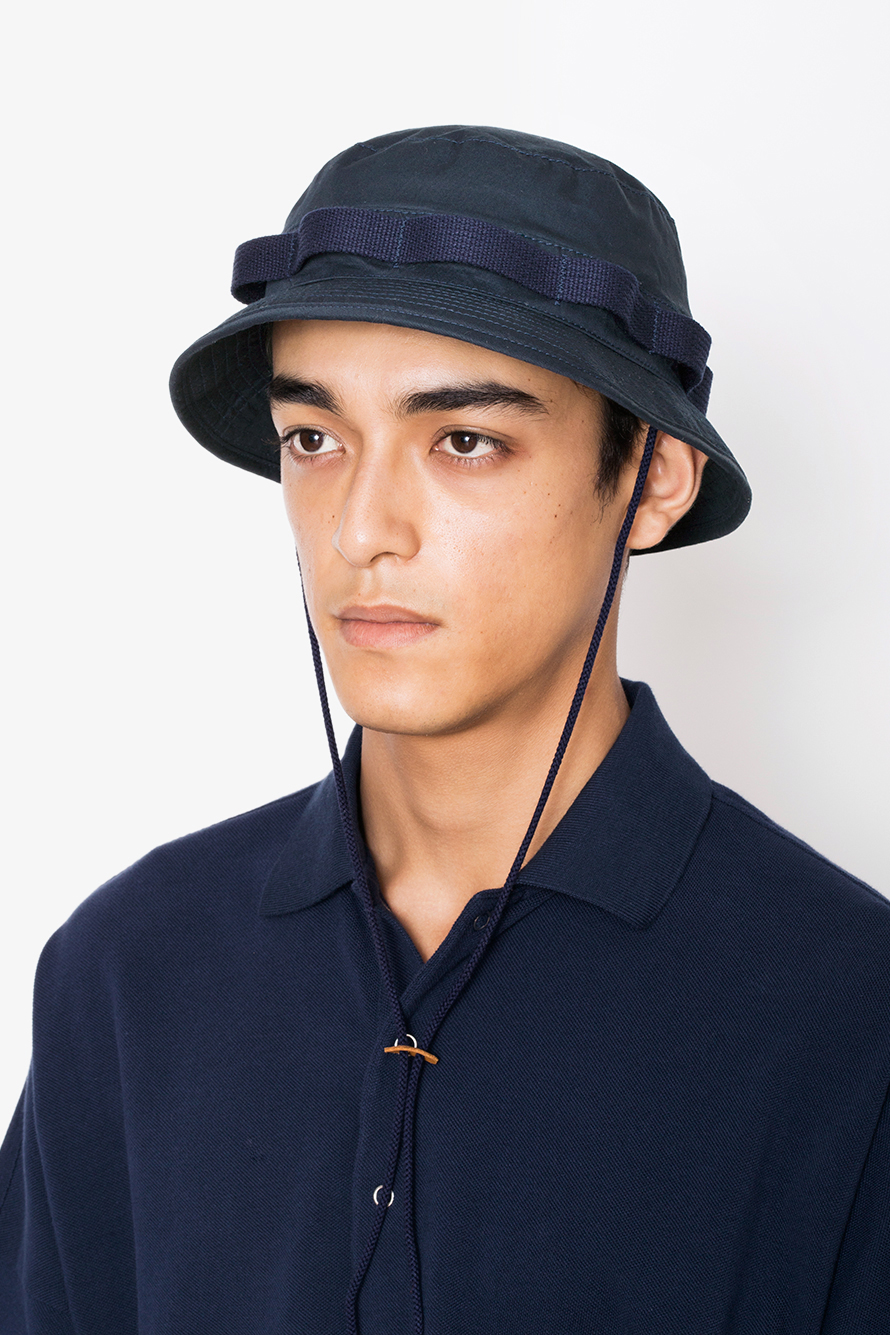 This headpiece is called the ‘Educator Hat’. It’s from Nonnative and available now over at Coverchord. Not sure where the whole ‘educator’ thing comes in? Looks to me like something worn by low-level Death Star personnel. The guy who mops the trash compactor perhaps?

Even so, it’s been time since we’ve looked at a new bucket hat. Mainstream fashion coverage is still yawning on about 90s this and 90s that; oversized sportswear and yes, bucket hats. But I don’t see bucket hats as especially 90s. I think of the 1960s; Jack Lemmon, Woody Allen, Hunter S. Thompson. I love bucket hats. Especially when framed by the seersucker, ‘three-roll-two’ language of prep – they offer a wrinkly, often disheveled punctuation to an otherwise neat fit. It is, to my mind, this incarnation of the bucket hat that contemporary Japanese designers frequently choose to channel.

That said, this hat isn’t wrinkly or disheveled. Rather it’s sturdy, lined (in Liberty print) and features ‘branch loops’ and a neck strap. The brim looks smaller, stiffer than a typical boonie hat. It’s quite smart as bucket hats go.

The sun’s started to poke out lately. It makes the wearing of warm woolly beanies torturous. A bucket hat boasts the same lack of ceremony as a beanie, the same stylistic insouciance, but it’s obviously built for warmer days –  what I’m saying, hattists and hatsmen, is it’s almost time to switch. You could do worse than switch to this. Assuming that you’re happy to take a proxy-serviced gamble that it’ll fit your dome.