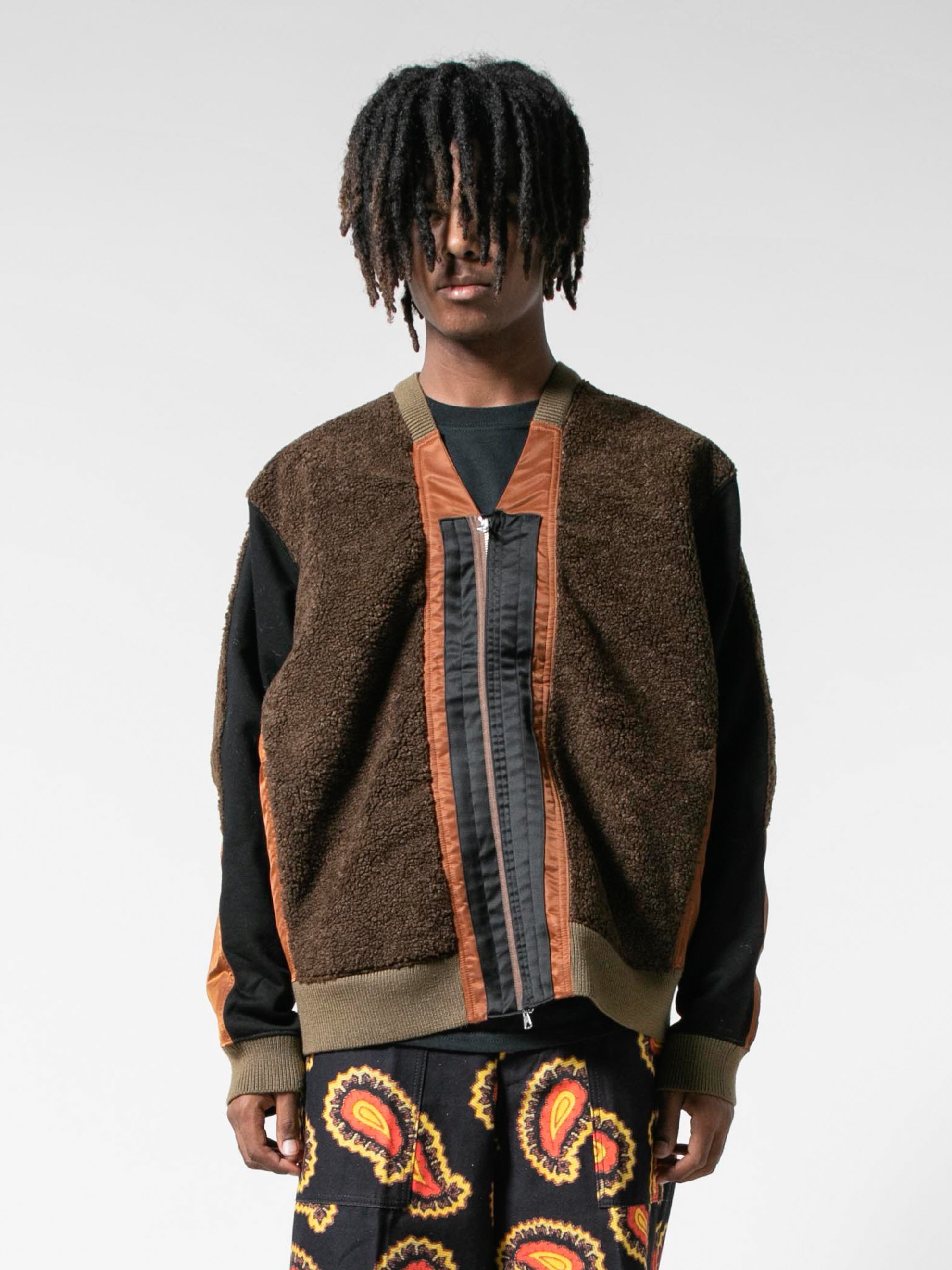 For the menswearman looking to make inroads into being notable, a simple fleece just isn’t going to baste any turkeys this winter. A year or so back, just stirring fleecewear into your blend would mark you out as a debonairist. A fucking lunatic, but with progressive sartorial purpose. Now a vanilla fleece is back to being the shit people wear to visit standing stones. If you want to fleece things up, but have little or no interest in Neolithic remains, you’re going to need something next level. Something with panels. Something that looks like the guts of a cuddly toy poured over a satin puddling, then fucked with a cock made of zips.

This specimen is by TOGA Virilis, a label new to this site and LA retailer Union. Established in 1997, by Yasuko Furuta, the brand sits somewhere between Needles and the kind of chopped and spliced streetwear common to Cav Empt and Brain Dead et al. A random Google reveals some worrying TOGA Virilis footwear over at Farfetch; multi-buckle abominations, the kind of thing Turkish businessmen wear to try and pull in Sketch. However, Union’s edit of the clothing is strong. Patterned and studded mohair cardigans, vintage inspired, straight-hemmed shirts and giant paisley prints; there’s a lot to like, but this fleecey cardigan jacket is the stand out.

V-necked, with a double zip and a jumble of chocolate fleece, ribbing and satin slices, this is no basic fleece. It has no place on an English Heritage day out. It has no business poking around a miniature village or a gnome museum. Just toss over a simple tee, maybe some loose trousers (maybe not giant paisley), there’s enough going on with this thing for it to centrepiece your flex. Just keep in mind that by next winter, the fleece game will have sprouted antlers, fairy lights and appliquéd representations of sexual impropriety and this will look positively safe.