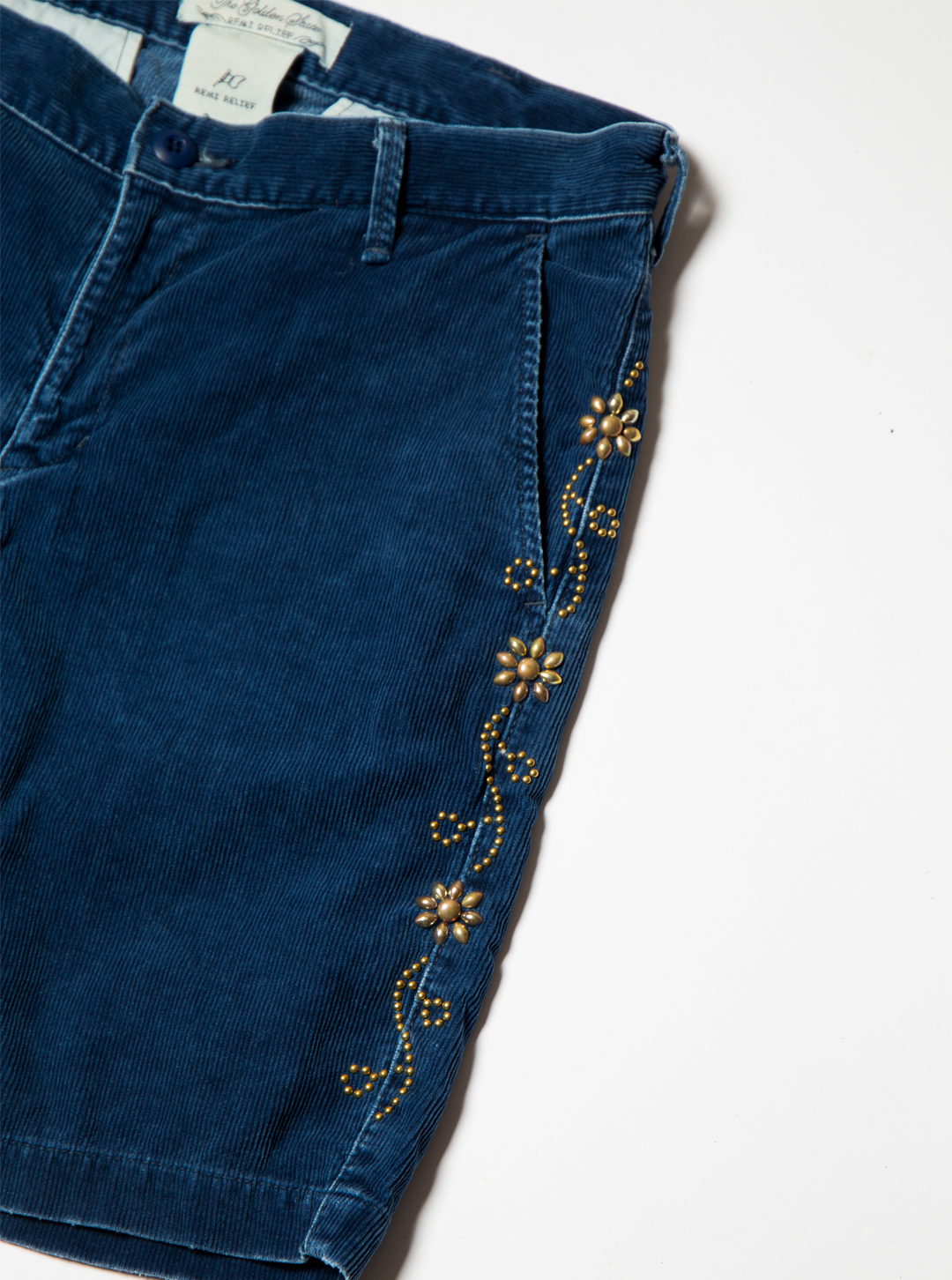 Remi Relief doesn’t get much play on this site. The brand offers Californian skate ‘n’ surf style, through the mangler of Japanese perspective. Much of it tends to be a little flat, a bit too, sun-bleached beach-bum. These bejewelled shorts, however, are anything but. Going in a different direction entirely, you’re looking at lip gloss slathered mall-wear. Just add a Musical.ly account, a dismissive air of self-confidence and a guy called Trent who keeps texting you pictures of his abs. Well done. You’re officially a valley girl. Only in a hairy bloke’s body.

According to retailer Present, we’re talking corduroy shorts with, “Native American style embroidery”. But (and I might be wrong, I haven’t seen these physically myself) they don’t look embroidered as such, more riveted with metal beads. Whether they’re tacked on, or bolted on, either way you’d be a dude in shorts with flowery metal detail. Aren’t these the kind of things you see mums wear when it’s hot in the UK? Accessorised with a glam off-the shoulder blouse from Coast and some cork wedges from River Island?

I don’t think I’m dude enough to roll in these shorts. They appear to be concentrating so hard on being ironically unfashionable, they’ve forgotten to remain just a bit fashionable and consequently they’re entirely unfashionable. I mean, I think that’s what I think? Unless dressing like Shania Twain is what we’re supposed to be doing now?