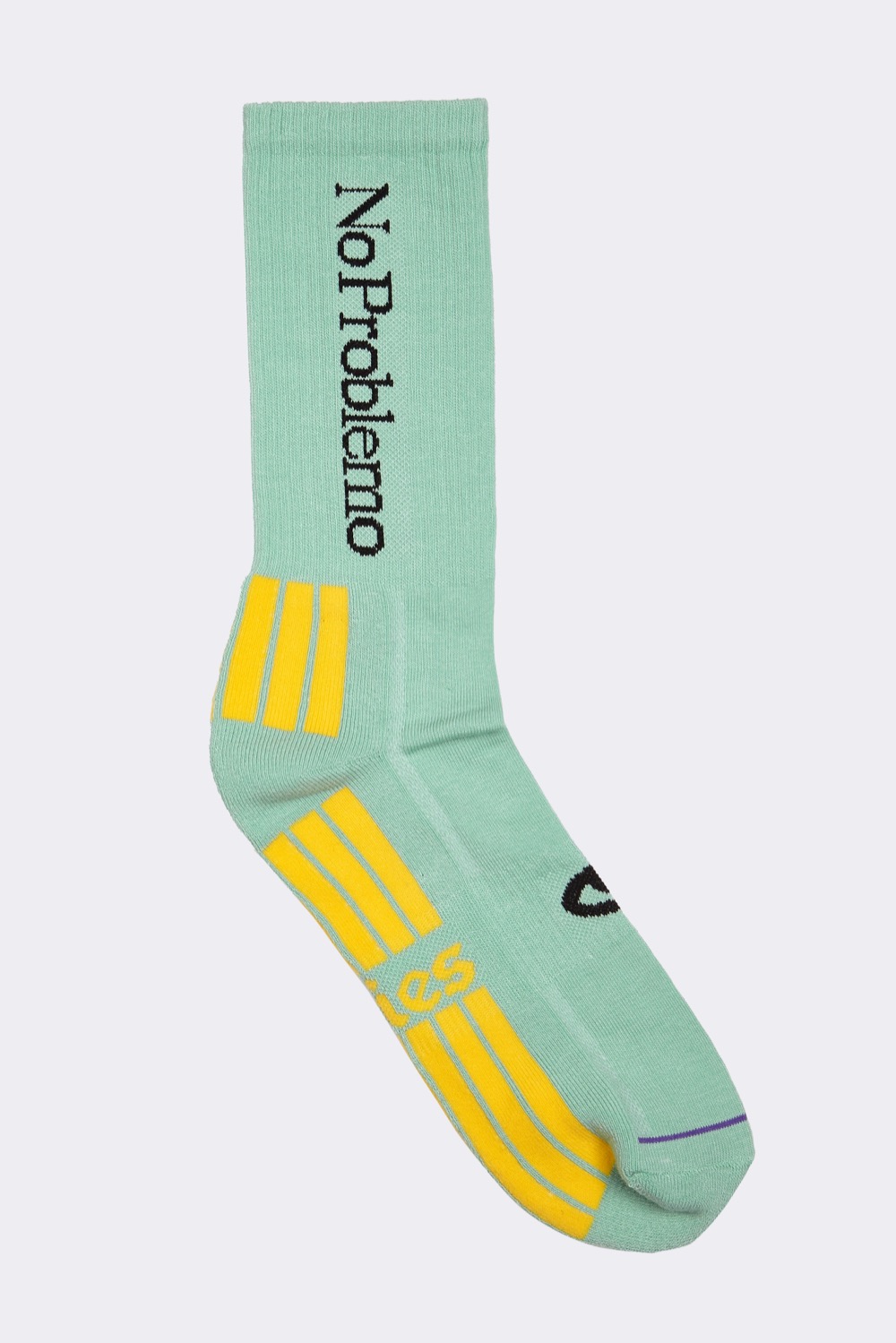 The Inbetweeners, series two, episode four, original broadcast date 23 April 2009. It’s the one where they go to the central London club. It’s the one where Neil keeps saying, “no problemo”. Result: national hilarity ensues. Fast forward to now. London based clothier Aries produces socks featuring the phrase, “no problemo”. Result: a small number of narcissistic Instagrammers raise an eyebrow.

I’m not saying the design minds at Aries draw their inspiration from The Inbetweeners – although it was certainly the most significant, recent instance of the pseudo-Spanish phrase resonating in popular culture. More likely the brand just likes it. So they put it on some socks – green ones, black ones and white ones. Indeed they put it on other stuff too – lighters, t-shirts, iPhone cases – along with their other phrases de jour; “I survived Y2K” and “Bourgeois or bizarre?” Whether it all actually means anything is not explicit. Like a number of similar brands in the business of mining recent cultural history, it seems the mining and the re-presenting is enough.