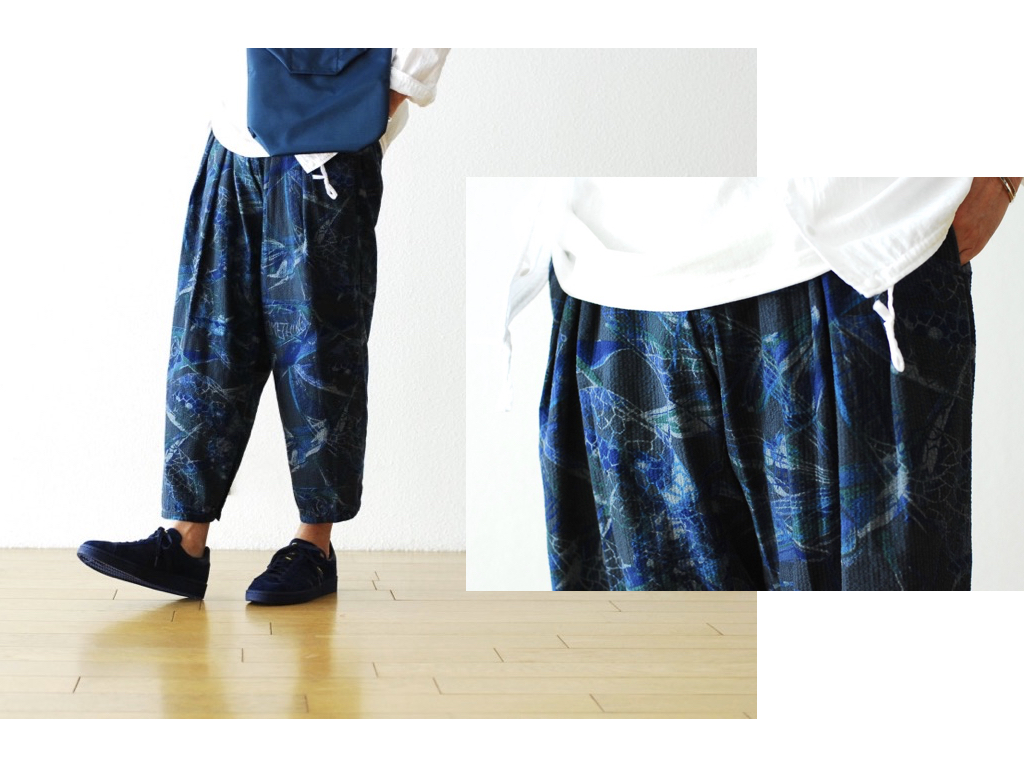 Here’s a sort of camo pattern. It appears designed specifically for camouflaging under no circumstances currently available to man. You’d probably blend right in during the quantum fluctuations at the birth of our universe.

As you can see, we’re talking trousers. Statement trousers. They’re from Bru Na Boinne, the Japanese imprint from designers Masahiro Tsuji and Ms. Naoko Tokuda. If you look closely at the some of the later pictures you’ll see, hidden in the pattern, the word, ‘something’. Which after after some research I can confirm is a word.

According to Google Translate’s attempts, these trousers are pattered, “with a calm hue of the whole big bug insect.” It could have said, “comes with two free pints of top quality yum“, and it would have made as much sense. I can’t see bugs or insects, big or otherwise. What I can see is a pair of large, pleated trousers, seemingly in some kind of printed seersucker – the pleasures of which we discussed just a few days back.

I guess they’re a little cropped for some tastes. But I’m getting the feel of a beach trouser, that could step into (the right) East London boozer with some confidence. Were it not for the fact that my boiler’s just bust (leaving me freezing and penniless) and I have no current urgency to cloak myself within a galactic anomaly, I’d be all over these.