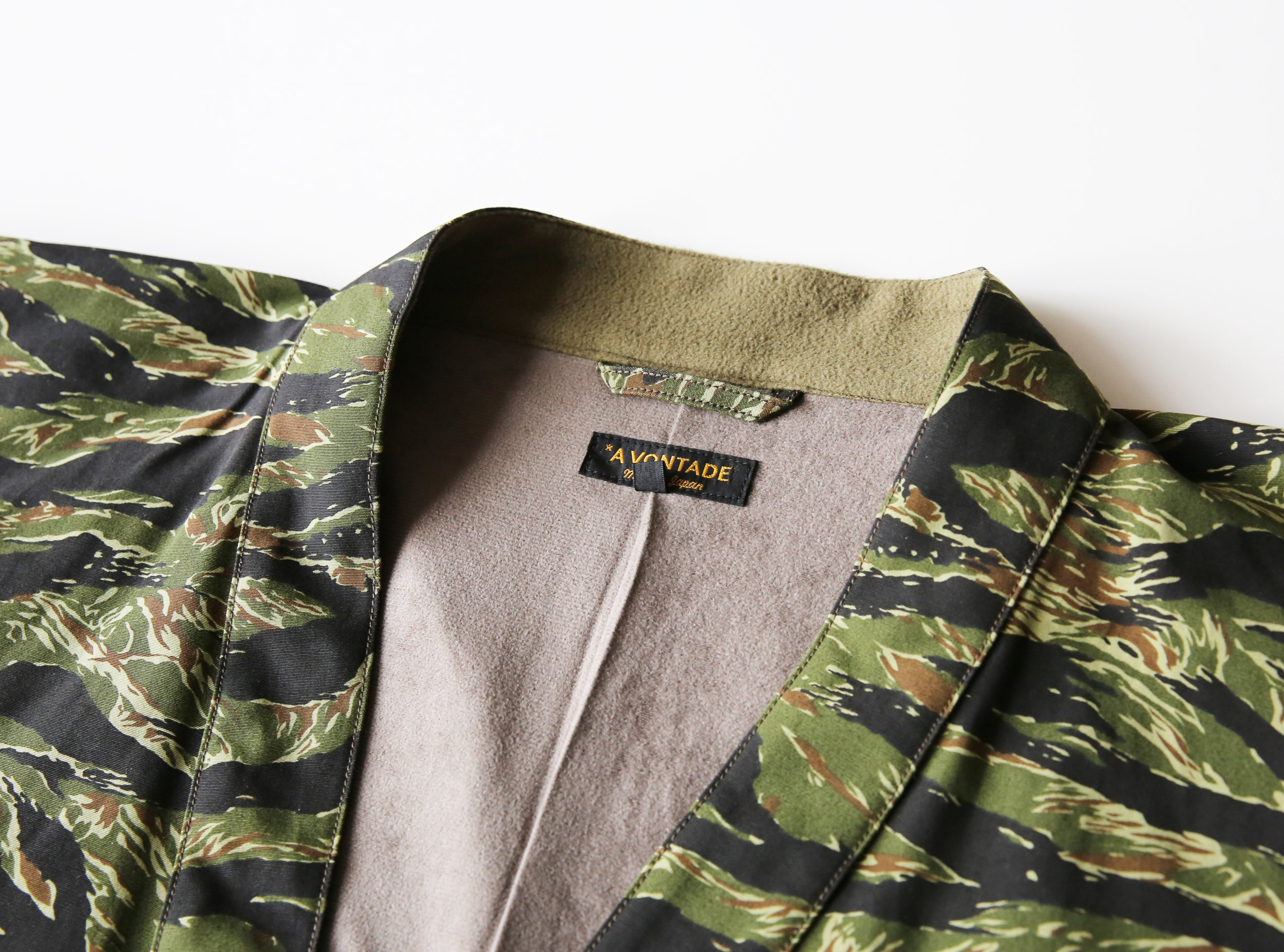 I’ve always found Tiger Camo rather aggressive. A statement that, now I read it back, exposes me as the honey and rosemary salted almond nibbling, dribble of a man I really am. Thing is, the original remit of military camouflage never crosses my mind. It might as well have been invented to wear sprawling about in east London cafe-bars whinging about the wi-fi connection. And to be fair, I think this garment was.

It’s from *A VONTADE and you can grab it over at Alpha Shadows now. It brings to mind a fake conscription letter I received during the Gulf War. The letter suggested that due to a lack of funds for proper training and equipment, I was advised to watch both Platoon and Full Metal Jacket and to remember to bring with me a pair of “boots or sturdy trainers.” I can imagine rolling up for service in this. The Brigadier General would probably have an opinion or two on the kung-fu belt.

Still, fellow peacemakers will find much to like. A wide fit, two welt hand pockets, hardy cotton/nylon grosgrain fabric and a light fleece lining on the body. It’s a stand out no doubt. And battle-ready too. Assuming your idea of war is enjoying a latte and an apricot danish as you idly prod about BuzzFeed.