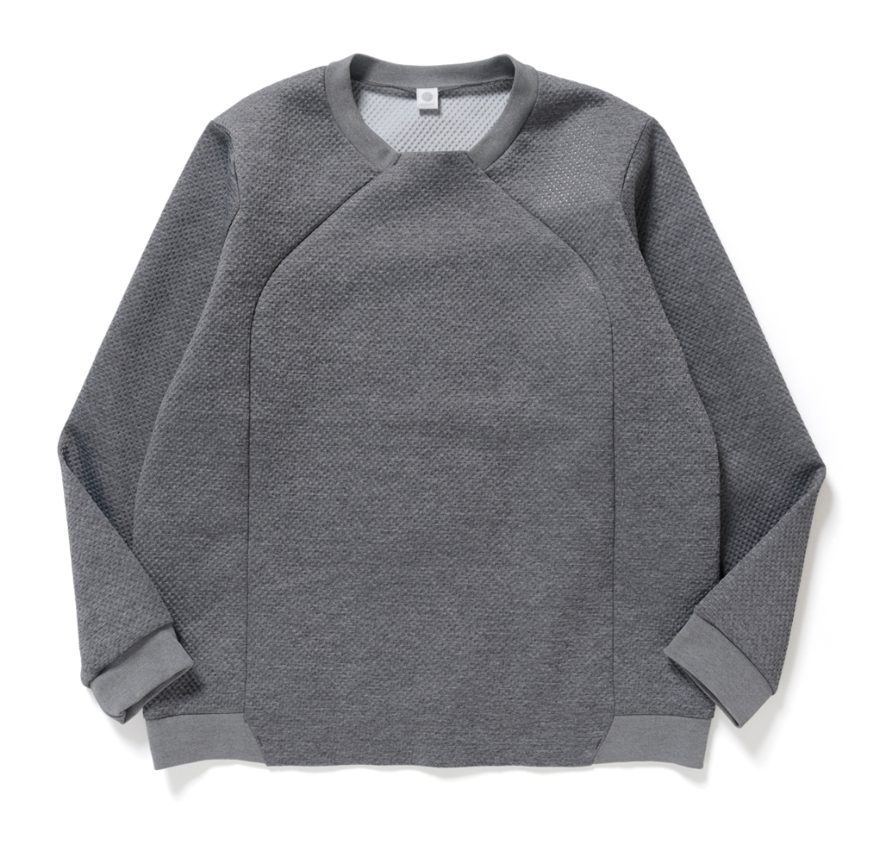 While knowing little about what the brand Alk Phenix is about, I really like what they’re about. Being resolutely monolingual, I can’t decipher the ‘about‘ page on their site. However, I know from a bit of digital poking about that the label is Japanese and concerned with servicing “active urban lifestyles.” I’m definitely urban, just not active.

Thing is, just because I don’t puff about in Power-Tech Running Tights, I don’t see why I should be excluded from calisthenic-clobber entirely. I occasionally appreciate the look of a bit of activewear mixed in amongst my usual canvas dandyism. And, to my under-exercised eyes, Alk Phenix do ‘activewear’ really well – progressive, unusual and cyber-sleek.

This sweatshirt is one of the brand’s less outré conceptions. Indeed, you might consider it a little bland. It is, after all, a grey sweatshirt. And due to my inability to read Japanese and the trickiness involved in extracting images from the Alk Phenix website, I don’t have much more for you on this.

I like the way the knitted collar is bisected by the angular panel on the front. And I dare say there are probably some scientific parts woven into the fabric to make you run faster or something. As I say, I don’t read Japanese. And running is for shoplifters.