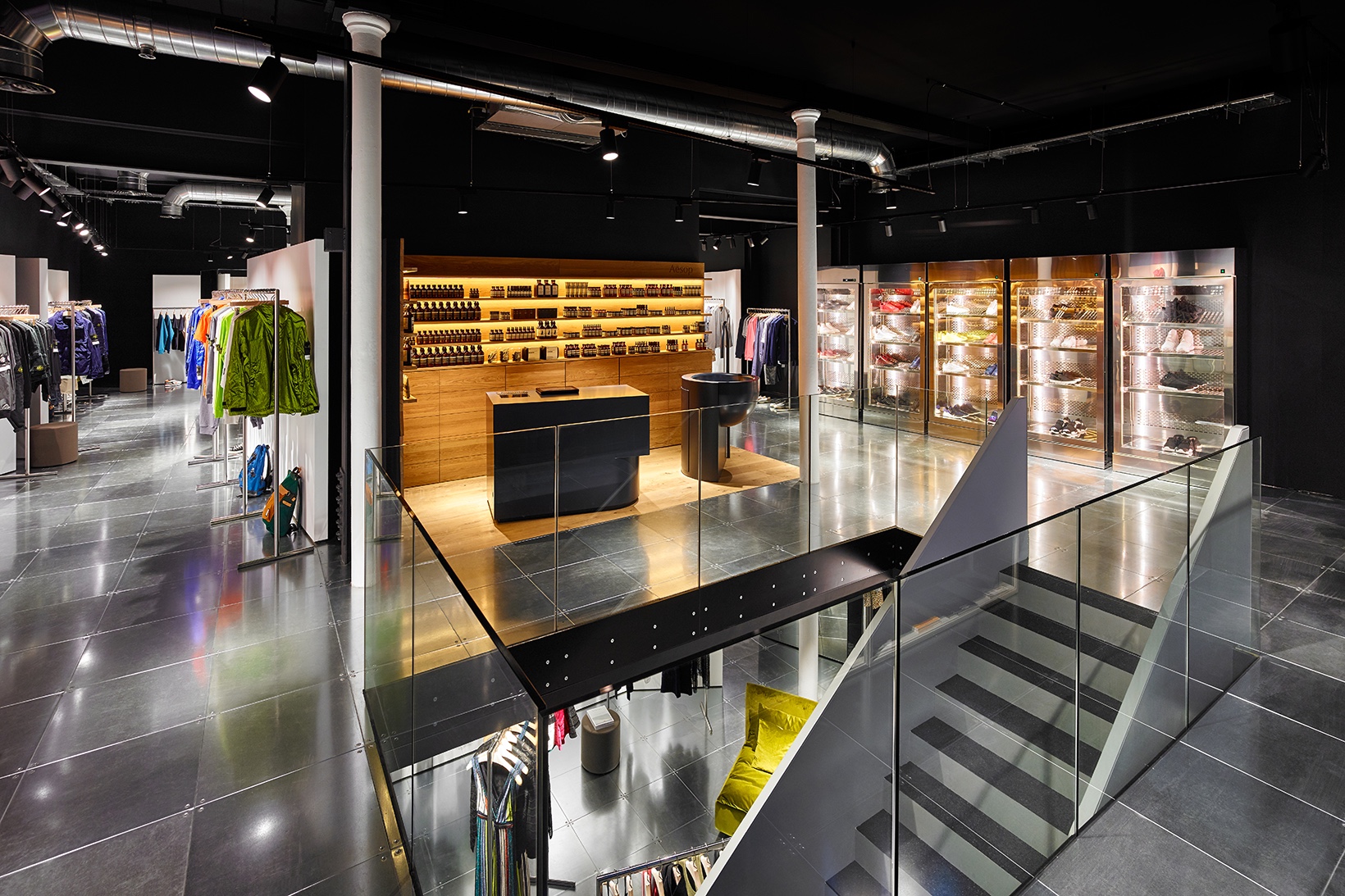 So, multi-brand retailer 18Montrose is coming to London. These guys currently boast outposts in Glasgow and Nottingham; luxurious looking, polished concrete and glass affairs. Chock full of low-hanging casual standards like Filling Pieces, Beams+, Maison Kitsuné, Our Legacy, Norse Projects, Red Wing and Sun Buddies. Apparently the capital is next. “Spring 2017” according to their site. But why should you or I care?

Thing is, I wouldn’t care. It’s just another mainstream edifice chucking out posh white sneakers and oxford button downs with little badges on them. A glossy cathedral for people who think shiny equals posh and that David Gandy is interesting.

But if you dig deeper into their stable of brands, you’ll discover a handful of more niche imprints, more specialised labels that for their own dignity should remain distanced from the Bacardi Breezer crowd. Porter, Needles, Kaptial and at a push Nanamica… what are they doing in a store that looks like a giant regional hair salon? As a portent of possible mass adoption of brands I adore it’s wretched.

I feel this way because I’m a dick. I know this, but can do little about it. Cursed, like many, with an unshakeable requirement to find brands, music, films and literature I can claim as my own, a continual partisanship to the obscure, I find it threatening when ‘my things’ are presented in corporate chrome for ‘others’ to buy. It’s a pathetic and particularly modern torment.

That said, fuck 18Montrose. I hope no one buys the Kapital and Needles and they phase them out, replacing them with Giuseppe Zanotti, Moncler, Onituka Tiger and other such garish tat. In my view, 18Montrose looks about as exciting as an email that reads: “Coming Soon: MR PORTER x Gucci Exclusive Collection.” Both should remain unopened.