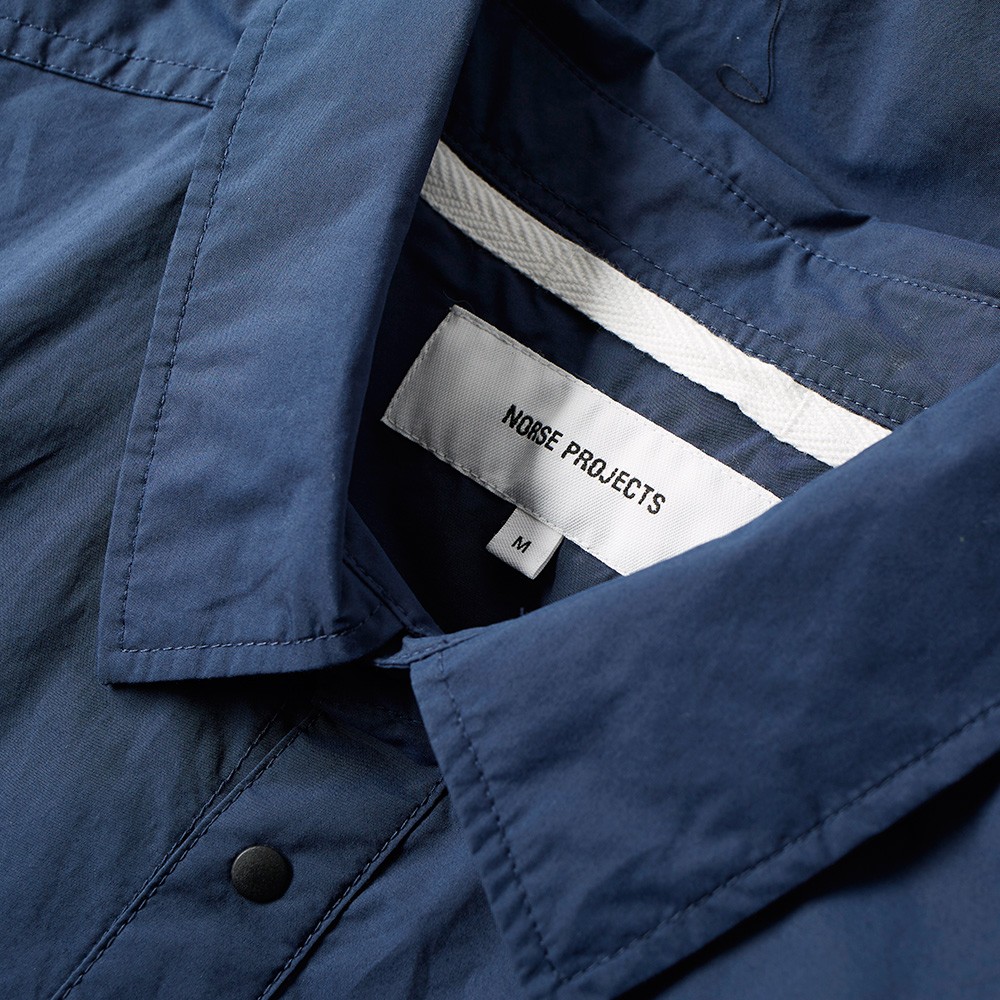 It’s easy to forget about Norse Projects. It’s easy to get seduced by the inscrutability and downright obscurity of brands like Tatamize, Needles and Itten. But season after season the Projects keep on churning out their elevated Scandinavian basics. Like a sort of ‘dad’s Our Legacy’, we’re talking safe, wearable and streamlined just so. Norse Projects doesn’t shout, but if you’re standing next to a dude wearing All Saints, you’re safely owning the game.

This version of their standard Jens shirt could prove pretty useful. A poly/cotton mix, with snap buttons and featuring an elasticated hem and cuffs, it manages to remain uncomplicated, while still boasting some tricksy touches.

A game changer? Hardly. But a dependable basic, which would work buttoned up for forbidding bookish vibes, or undone over a tee for Sunday lounging. I think it’s ideal for providing a bit of smart individually at office get-togethers. The sort of thing to drop while acting the big creative because you talked the boss of your accountancy firm into letting you use gifs on the firm’s social feed.