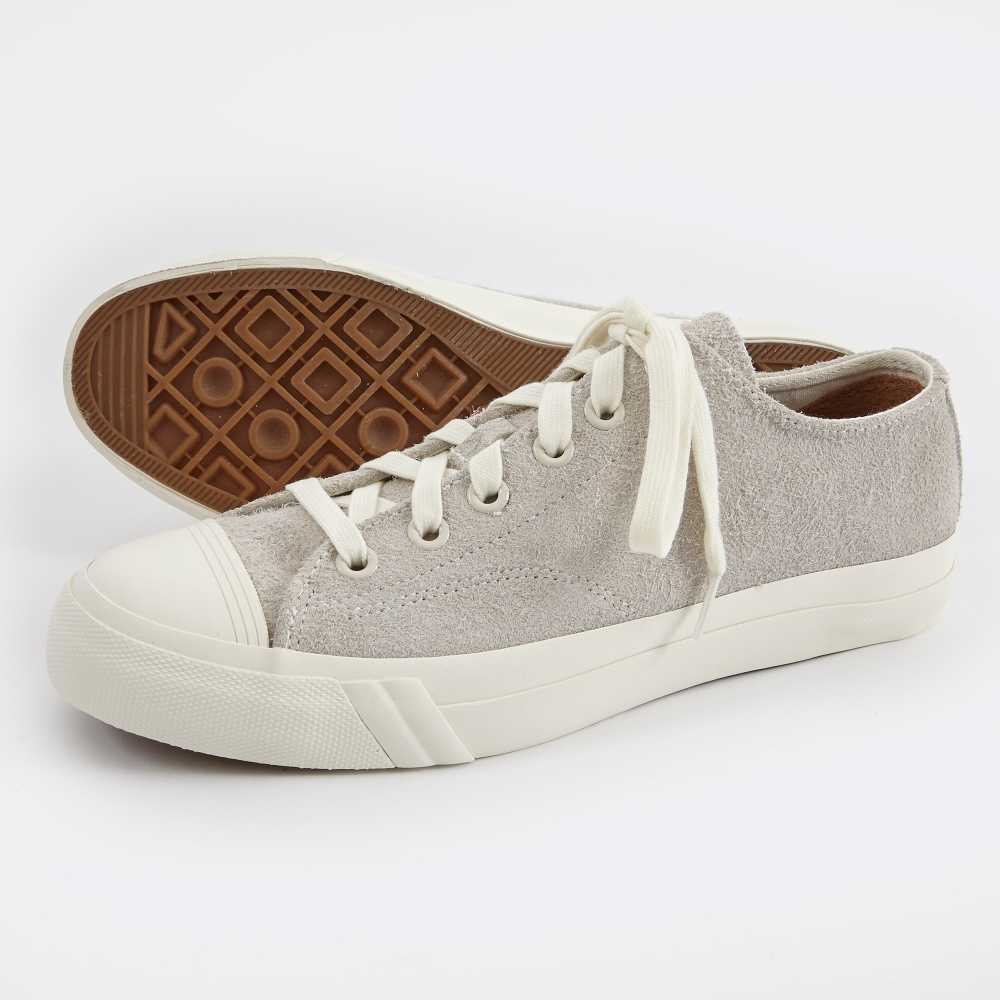 So, how long have you been looking for a pair of kicks in ‘egret’? Now, I don’t want to confuse. Egret in this instance refers to the silvery shade of a baby eagle, and not, as I imagine many of you assumed, a more chalky member of the heron family. I know, laughable eh? Herons are white. At the most a pearly buff.

I’m not sure ornithological specificity was top of mind for the chaps at PRO-Keds when they named these. Either way, they’re basically light grey sneakers. Which based on your current desire for light grey sneakers might be exactly what you’re after, or of no interest whatsoever.

It’s not that I consider PRO-Keds to be the height of desirability. Indeed, arguably, they’re culturally a bit wack. I remember buying a pair of imported Japanese numbers from B-Store back in the late 90s – now that was a time to rock Keds. Brandwise, they currently lie in that hinterland of a bit obscure (I mean, they’re not Converse, Nike or Vans) but not obscure enough to kill it (see: Pras, Sols, Sandays, or at a push Spalwart). That said, they do come in egret.

At just 90 sheets, these won’t sodomise your balance. And for that you’re getting hairy suede, a moulded footbed with, “open cell foam for breathability” (whatever that is) and um… laces. If I wasn’t pointlessly devoted to only wearing sneakers by brands even the brand themselves haven’t heard of I’d probably drop on these.