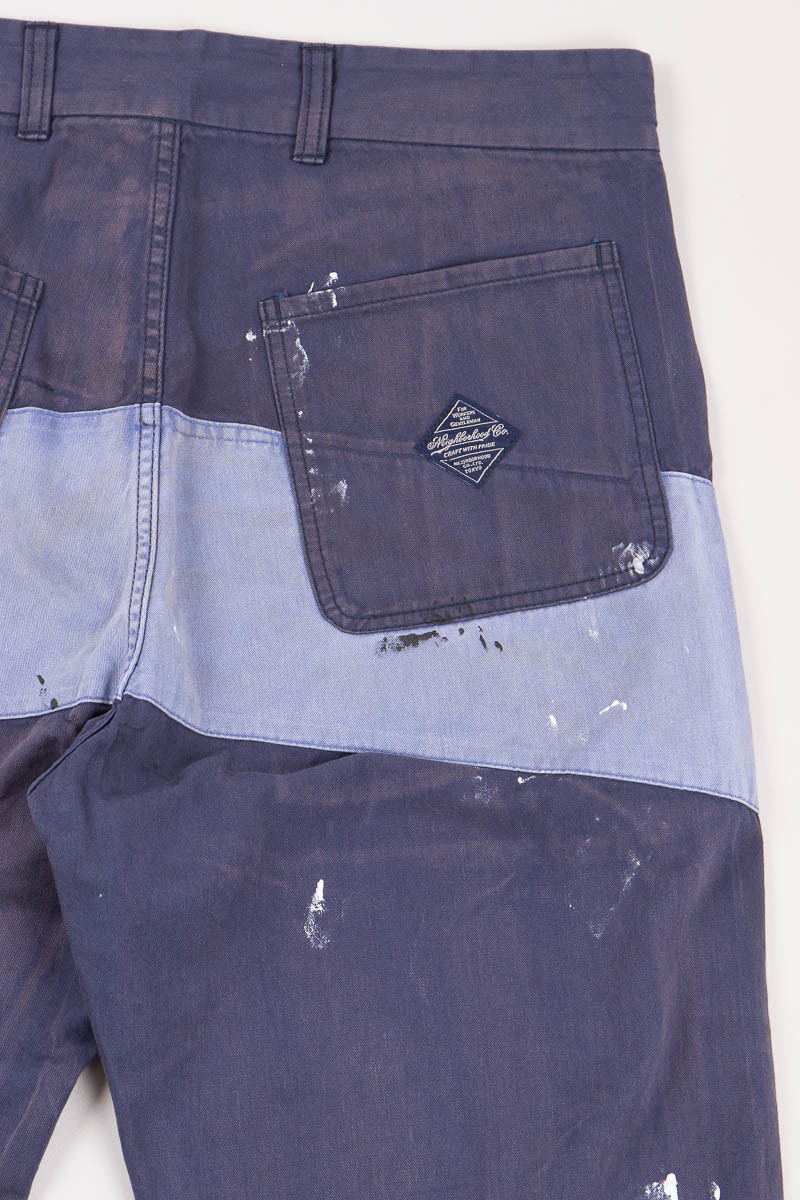 Even though these trousers represent two elements of menswear I choose to steer clear of, the more I look at them, the more I’m haunted by them. In any other circumstance, I would firstly avoid clothes that appear pre-distressed and secondly, the brand Neighborhood. On paper Neighborhood should be central to my brandeye, however a jumble of colabs and a preponderance of visible branding has turned my faucet cold. And as for the whole factory-disheveled look, well… As old fashioned as it sounds, I just think the whole point is to wear stuff in yourself, resulting in a personal patina, one that reflects your life, your activities, yourself. But as I say, I do like these.

Superficially air-headed it may be, I just think they look cool. They’re in the sale right now over at The Bureau, available in large or extra large, which is good, because over-the-fuck-sized is the way to wear them.

They’re cropped to the ankle, but with a belted -in larger size, I bet they’d drop as you’d like. Personally, I’d give the hems a couple of rolls any way and keep the top half simple to let the complimentary patch detail and (cough) ‘designed’ paint dribbles take centre stage. You can expect to part with a twoer, might seem a lot for a pair of paint splatted trousers. It might seem that way, because it is. But as long as you’re self-aware enough to realise that’s the case, it’s all alright. Knowing it, excuses it. Sort of.