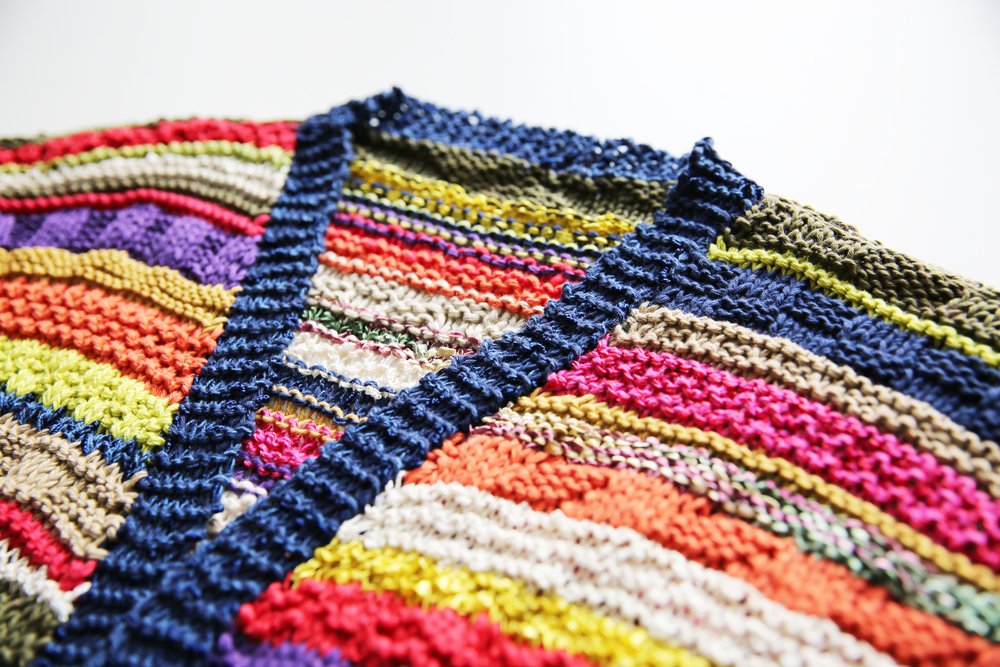 Taking yesterday’s theme of colour, this cardie blenderises it into a single, sow’s breakfast of pigmentation. Part Missoni, part Haight Ashbury bongmaster – this is menswear luxe with the fresh stank of weed.

It’s not by Missoni of course, it’s from Japanese brand Niche, via the Argentinian knitters Harapos Reales – obscure enough for you? It’s made from cotton and rayon, the latter adding a thread of shine – imperceptible in the images, but I’m assured it’s there.

As an item of clothing, it’s a dangerous entity. In the name of all that is proper, don’t wear any other ‘colours’ with this  – you’d be veering into Hanna-Barbera territory. Instinctively I imagine most sane menswearists would know to dress this down. White T-shirts, weathered jeans, chunky, casual shoes (or I guess simple sneaks at a push). Beads too. Which is of course treading on The Big Lebowski’s toes. But let me just remind you that we’re seriously considering the merits of a 330 quid, rainbow dreamcoat here. I don’t think beads are off the table.

Head to Alpha Shadows for this. I’m told there are only three in stock, so only three in the UK basically. If I’d got the spare, I’d be on the end of this like a shot. To be fair, I do enjoy a White Russian.