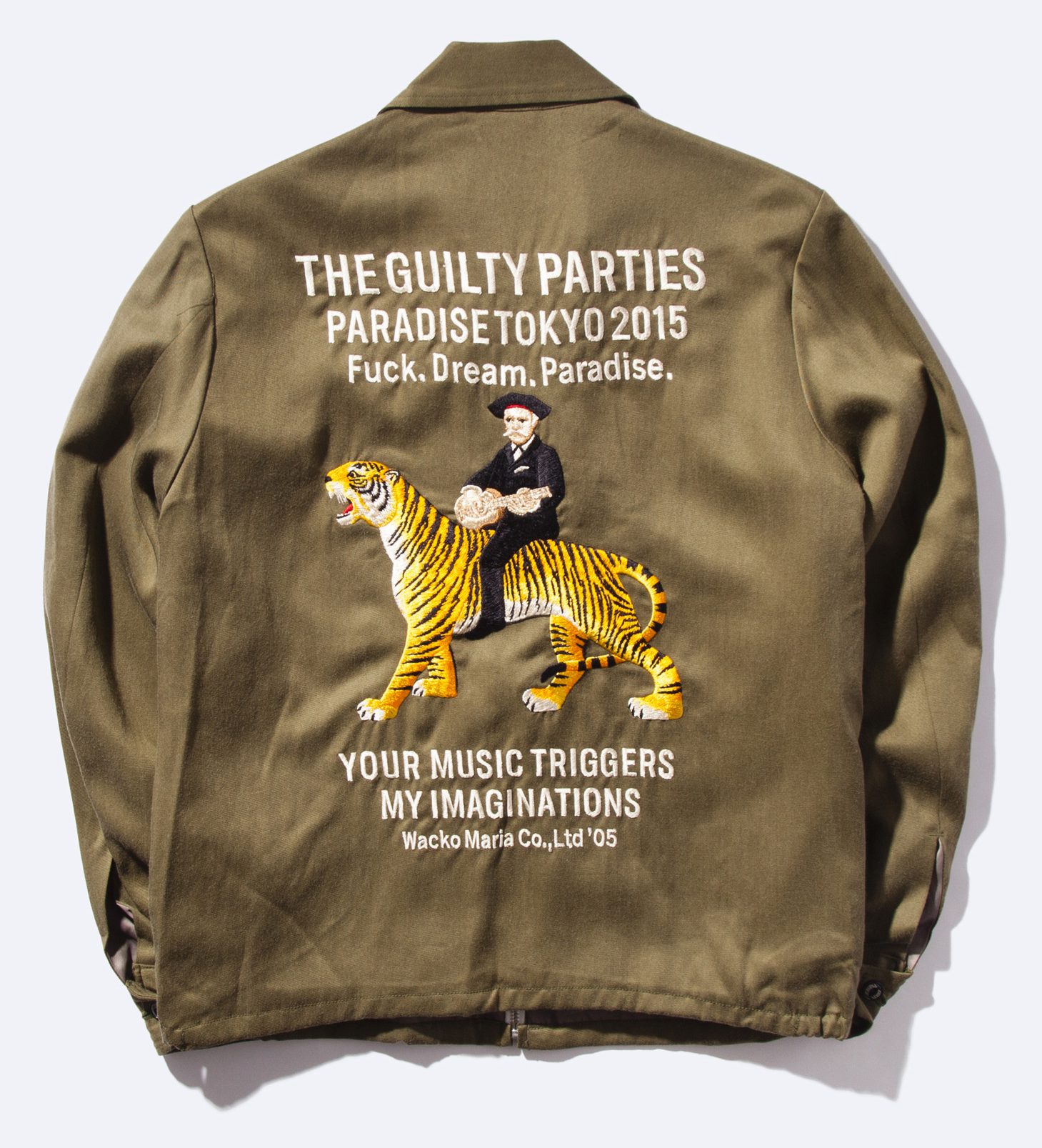 There’s something of a Rocky Balboa vibe going on here. You know, eye of the tiger and all that. But actually we’ve got what looks like a tame tiger carrying an old soak strumming a ukulele. Not very boxery. More of a pacifist Balboa. Or maybe it’s more a Life of Pi vibe. I mean, probably… I didn’t see the film. I saw the book once. In Waterstones. I have seen Rocky III. About eight times I reckon.

So this is from the braintrust over at Japanese brand Wacko Maria. You’ll notice that aside from the  dude atop a tiger, there’s also a bunch of text going on. I suspect you’ll agree with me that it’s fairly cerebral stuff. “Fuck. Dream. Paradise” – Yeah? Can you even begin to get your head around that? I’m assuming the following sentence, “Your music triggers my imaginations“, relates in some way to the tiger mounted bro brandishing the string instrument?  Mostly though, I just like the fact that we’re in the realm of ‘imaginations’ plural. Which is either an almost imperceptible reference to physical cosmology’s theory of infinite possible universes, or shittily translated Japanese.

Oh I don’t know. Over at Union in LA, they acknowledge this late dropping piece by saying they’ve, “saved the best for last“, and that it’s, “rockabilly through a Japanese filter.” I just see the opportunity to spend £456 to walk around with some idiocy on your back.