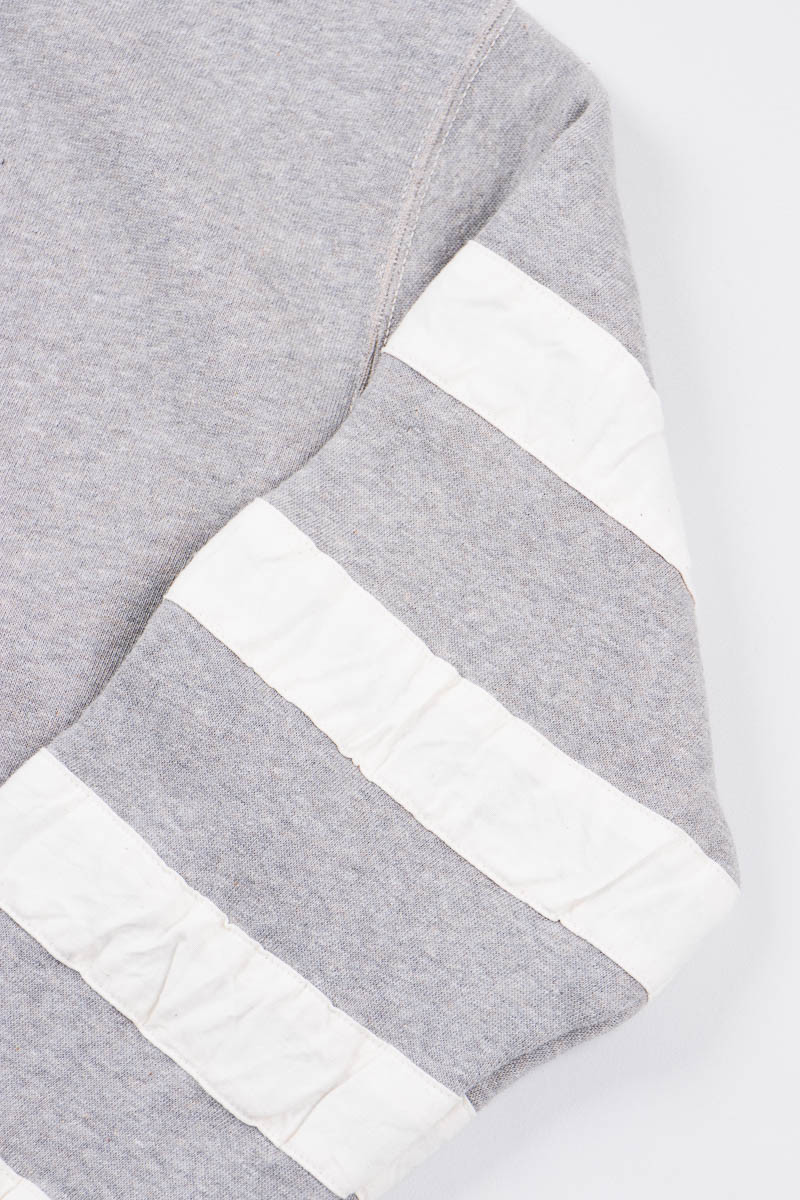 So I was banging on about grey sweatshirts a few days ago. And now this one from Human Made has just popped up at The Bureau. It’s called a Football Sweat. Which, even though I like the sweatshirt, puts me off. What I like most about football is nothing whatsoever. Why it instils such fanatical devotion is beyond me? A player can punch another player squarely in the eyes and (because this other bloke in a black shirt was doodling in a pad at the time) can get away with it. Entire tournaments have been won and lost on breaking the rules. You don’t get that in Snooker. And the clear idiocy of the commentators (a phenomenon that is perversely celebrated by some fans) is remarkable. They can chat for 15 minutes and say little more than X or Y player should basically be better at football. And they get paid for it. Fucking football. Fucking idiot football.

Anyway, it’s a Football Sweat. It’s grey. It’s got white bands sewn on the sleeves. It doesn’t even look like a football top? Footballists wear gaudy v-necks covered in adverts for O2 and Lidl.

To be fair, I think this is a heritage piece. It’s probably based on what footballers used to wear. Back in the day. You know, when they earned two shillings a match, and sucked on oranges, rather than underage girls.