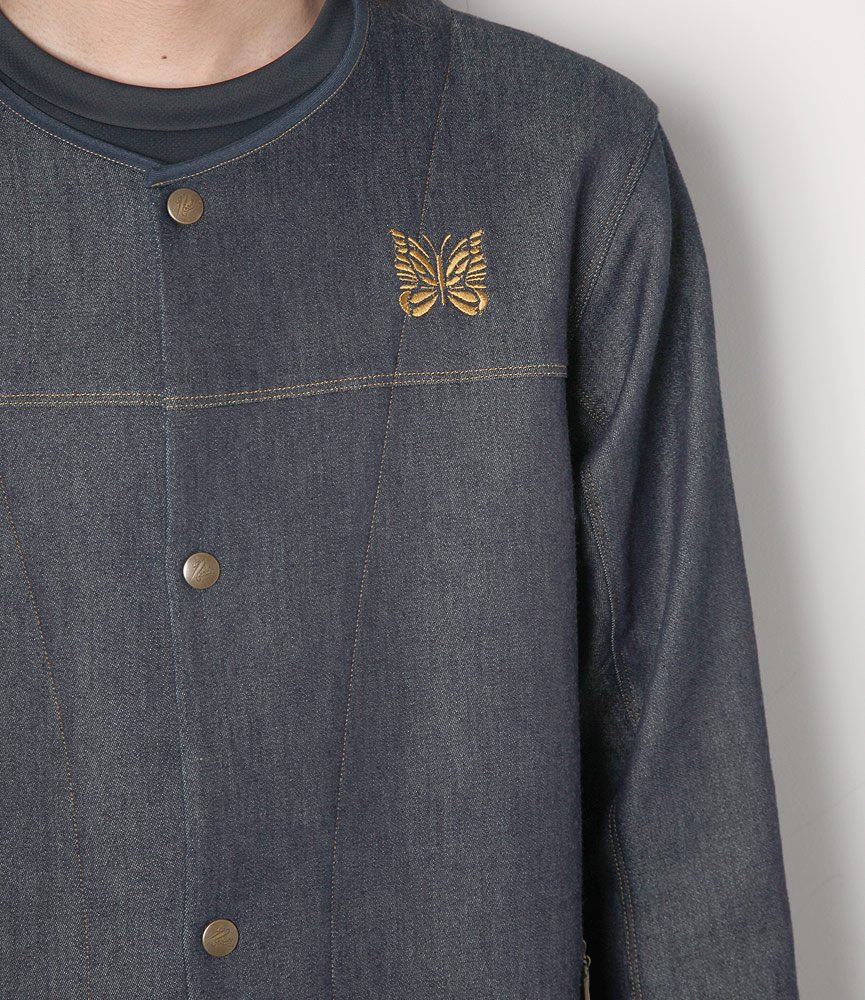 This, ostensibly simple jean jacket, actually has pretty much every element to make it a 1000% banger. If some kind of actual Jean Genie were to manifest before me right now and grant me any jean based clothing, I’d have this. But if I’m being honest, I’d probably be a bit disappointed that I’d met a real genie and he only dealt with denim based wishes. I mean, how often do you meet a fictional character with the power to give you anything? But when you finally do, he operates exclusively within the workwear themed realm? I mean, I’m not moaning, I’d have the jacket. It’d just be a bit of a pisser.

If you hadn’t guessed, it’s from Needles. What do you mean, ‘is that butterfly thing the Needles logo?’ Like chyeah! And the best thing about that is, most people wouldn’t have a clue. So they’d probably ask. And you’d have an opportunity to explain about obscure Japanese brands. Thus raising your social status to that of a sultan. Which is a win. And yes, I’m that fucking lame.

Anyway, it’s collarless – which is a power move right now. It’s got some nice taped finishing on the hem. And it’s got brilliant zip-up pockets, which just look aces on a piece like this. It’s got a serious vintage feel – but for those in the know, that butterfly logo places it firmly in the land of the now.