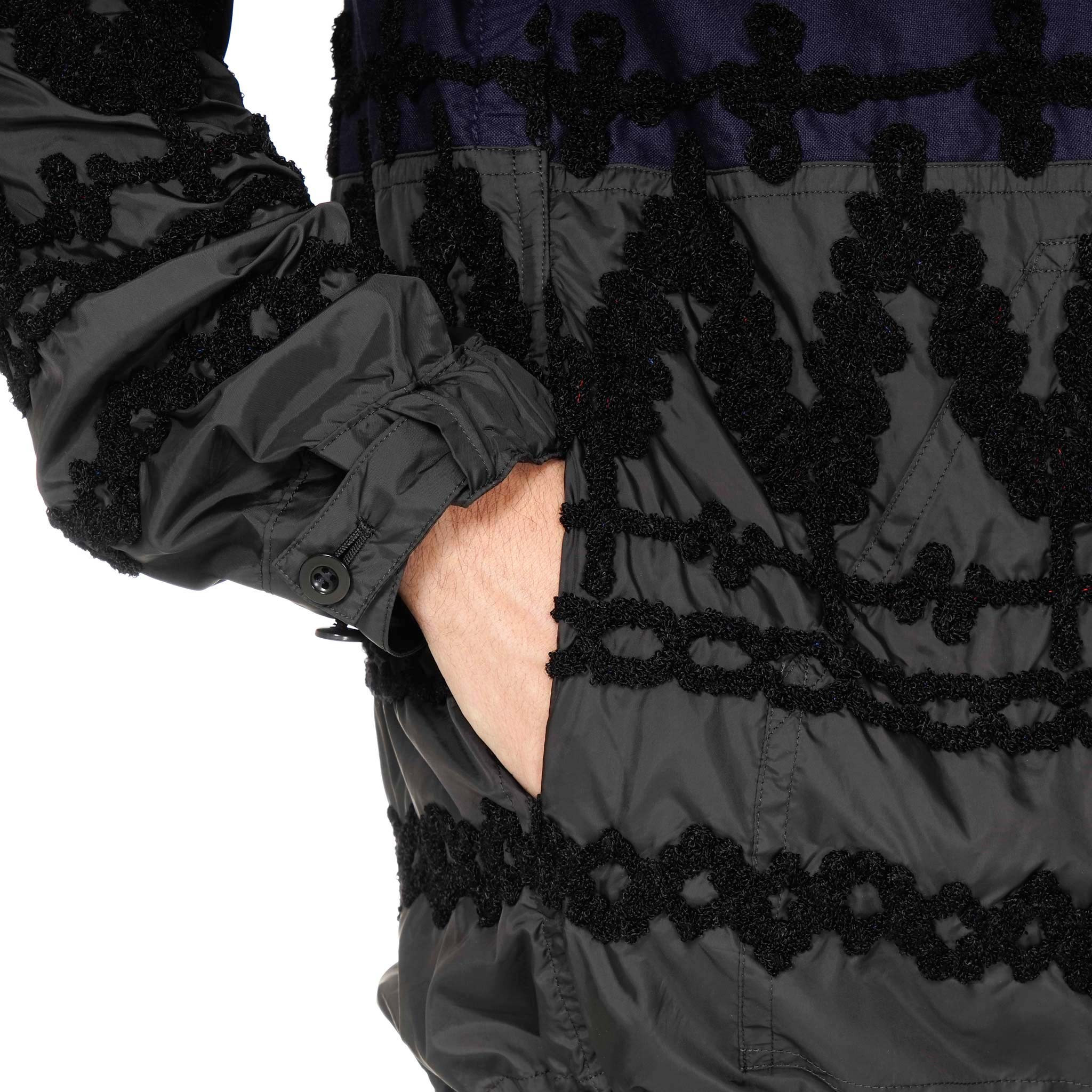 Every so often a garm comes along that makes you question notions of human consciousness, your position within the realm of known reality and encourages speculation around the possibility of a Quadraverse. In some respects, it seems unlikely that a zip-up top with some embroidery on it could achieve such a thing. Such are the mysteries of existence.

This barbarity is from Sacai. Japanese, obviously. They’re prone to making shirts with draw cord bottoms. They’re also prone to swing tickets of significance. We are in the realm of the 798 quid shirt here.

I can’t figure out if this is a dope move, or a level of fanciness best reserved for Elizabethan wig makers? Off the model, I think it looks savage. On the dude pictured, it looks like a West Ham supporter secretly trying on his mum’s blouse. In some respects I suspect this comes from the word, ’embroidery’. Which, you know, at first thought, conjures up images of lady’s nighties and flimsy, lacy things that Joan Collins might wear, even though she’s 82. In other respects, it probably comes from the fact that the embroidery is fucking massive. It’s really there. There’s no avoiding it. A dude in this is making a potentially volatile statement. Particularly if he’s wearing it on a night out in Hanley.

As 798 quid shirts go, I’d go so far as to say, I appreciate it, but I don’t think I’d try and carry it off. I don’t know who this is aimed at, but it’s not me. It’s probably not you either. Shall we just right this off as a mistake and move on?