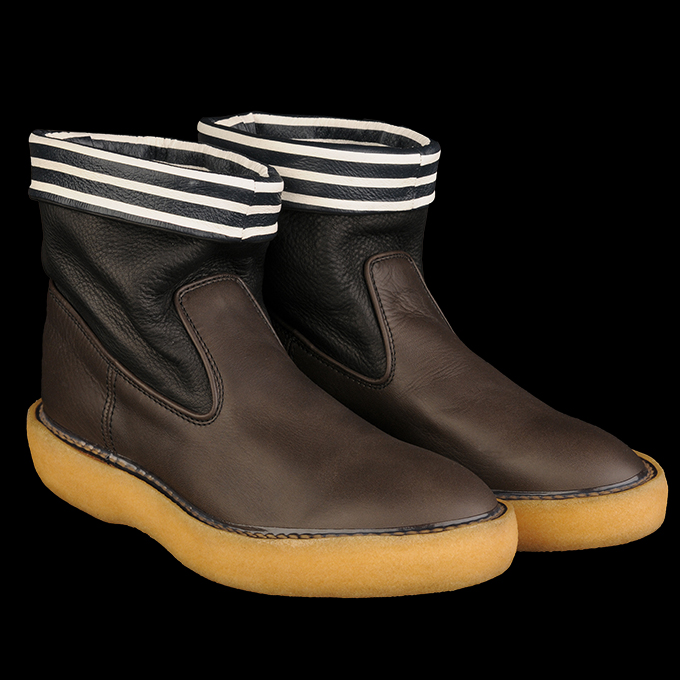 This is a lot of shoe. Arguably too much. They’re by Japan’s reliably unhinged Kapital and I can safely say, I don’t know anyone in my personal circle of friends who would wear them. I however, definitely would. But even as I did, I know my internal monologue would be questioning why. Why would I knowingly wear a pair of booties so jarringly odd? Do I genuinely like the style? Or do I just think I like what the style says about me to others? Do I want to be wilfully obscure just for the sake of it? And what does that say about me?

Shit dogg, this is all sorts of feels. Let’s get back to pointing at the stupid shoes.

Apparently the stripy bit is on the inside and only shows if you turn the top over. Not sure if that’s a deal breaker for you or not? Either way, I’m seeing an increasing number of ‘bros’ strutting about Peckham in boots not dissimilar. Minus the stripy bit – which presumably goes some way to justifying the $780 swing ticket.

I think these are probably not for me. Kapital or otherwise. I can’t allow my personal style to be contravened just because they look appealing stupid. Or should I? I don’t know what’s right anymore? Or even if there is a right? Starting to think I spend too much time looking at clothes online…