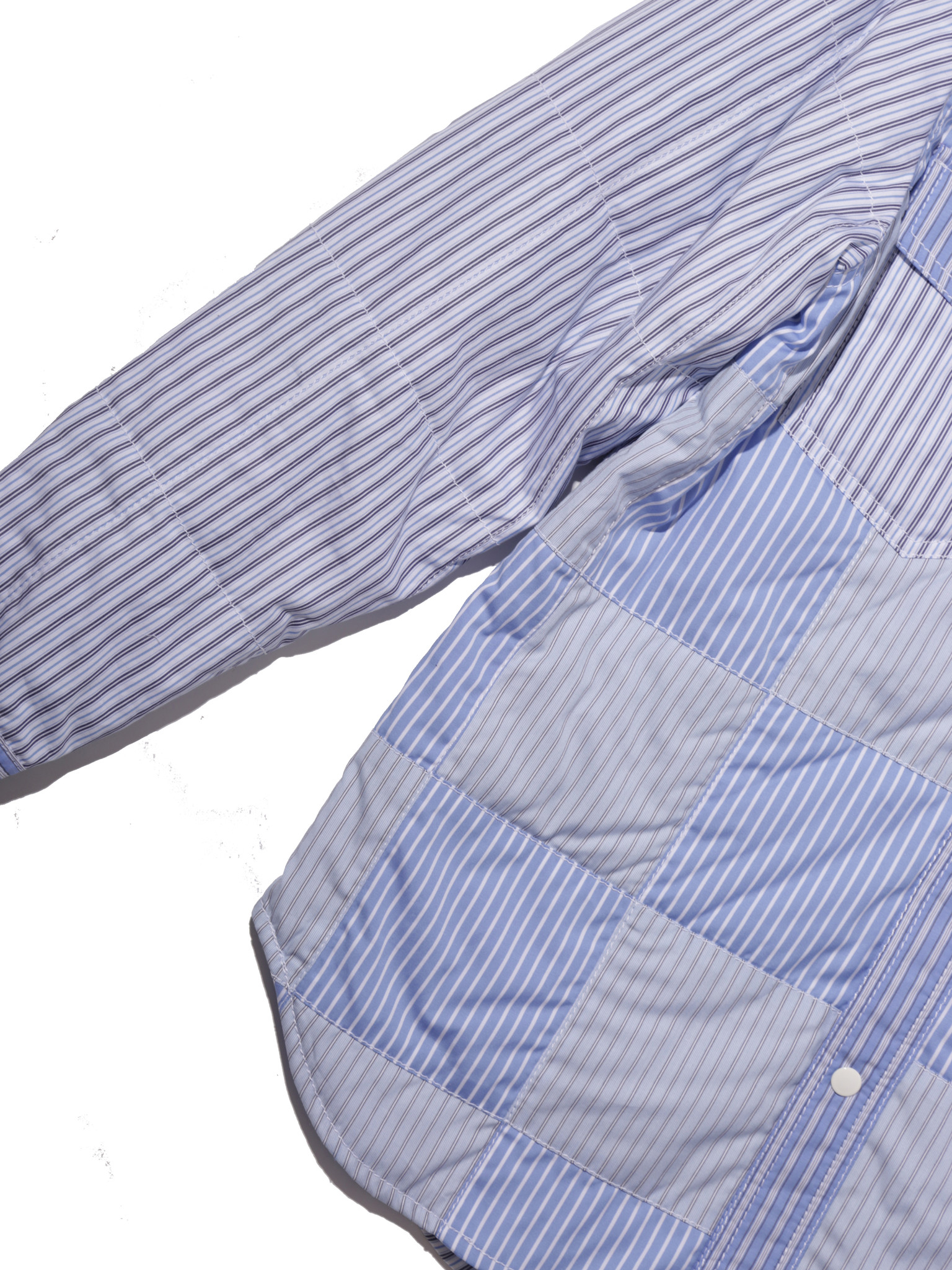 I can’t get enough of quilted patchwork western shirts. A convenience then, that this is that. It’s actually called the Quilted Patchwork Western Shirt, which really is some coincidence. Because all day, every day for the last three years I’ve been walking around London repeating the phrase, “quilted patchwork western shirt.” I didn’t set out to do it. I just fell into it. Anyway, perhaps I can stop now.

It’s by that Comme des Garcons GANRYU label. And with its patchwork, city stripe styling, it looks very much like a Comme des Garcons SHIRT piece. Probably Mr GANRYU was running a bit late with his homework and took a peek over his cubical and saw what the SHIRT guys were doing and just did the same. I mean, when GANRYU unveils his collection at CdG HQ, and he says, “look I’ve done patchwork, but in traditional shirt fabrics“, don’t all the guys from SHIRT get a bit sniffy? Aren’t they all like, “fuck that fucking GANRYU, I did that shit years ago.” But then Rei Kawakubo walks over and pats GANRYU on the head, gives him a bag of Maltesers and says, “well done GANRYU it’s genius and that” and so everyone else has to shut up. I expect that’s what happens.