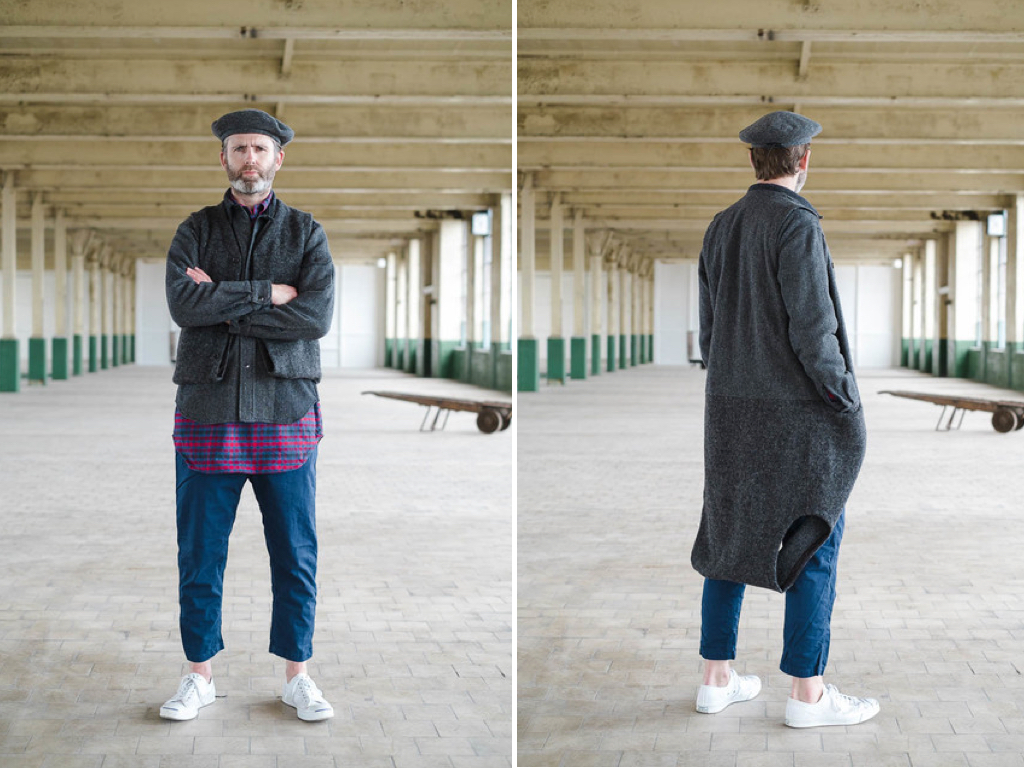 Take a look at the above images. This is why menswear can be so interesting. See the waistcoat he’s wearing on the left? Well on the right, that’s the same waistcoat, but unfolded. Doubled over on the left it’s like a regular waistcoat, but separated out on the right, it dangles, so you’ve got arm holes by your legs. It’s like two waistcoats stitched together. If you’ve been looking for a game changer, I’d say you’ve just found it.

Were I to buy this EG creation (and somehow swallow the robust swing ticket) I don’t think I’d ever deploy it in it’s un-transformed state. That is to say, why would you wear this un-dangly? You just wouldn’t would you. I’d be at max dangle 24/7.

By layering this under blazers, under wind-cheaters, under over-shirts, you’ll basically be upending the whole notion of what layering is. Alongside pop-science articles on artificial intelligence, green energy and the Fermi Paradox, thinking will spring up around what constitutes an under garment vs an outer garment. Physicists will hold conferences, neurosurgeons will admit defeat, society will collapse, presidents will nervously finger the nuclear triggers. Quite something for a couple of waistcoats sewn together. Probably why it costs 287 quid.