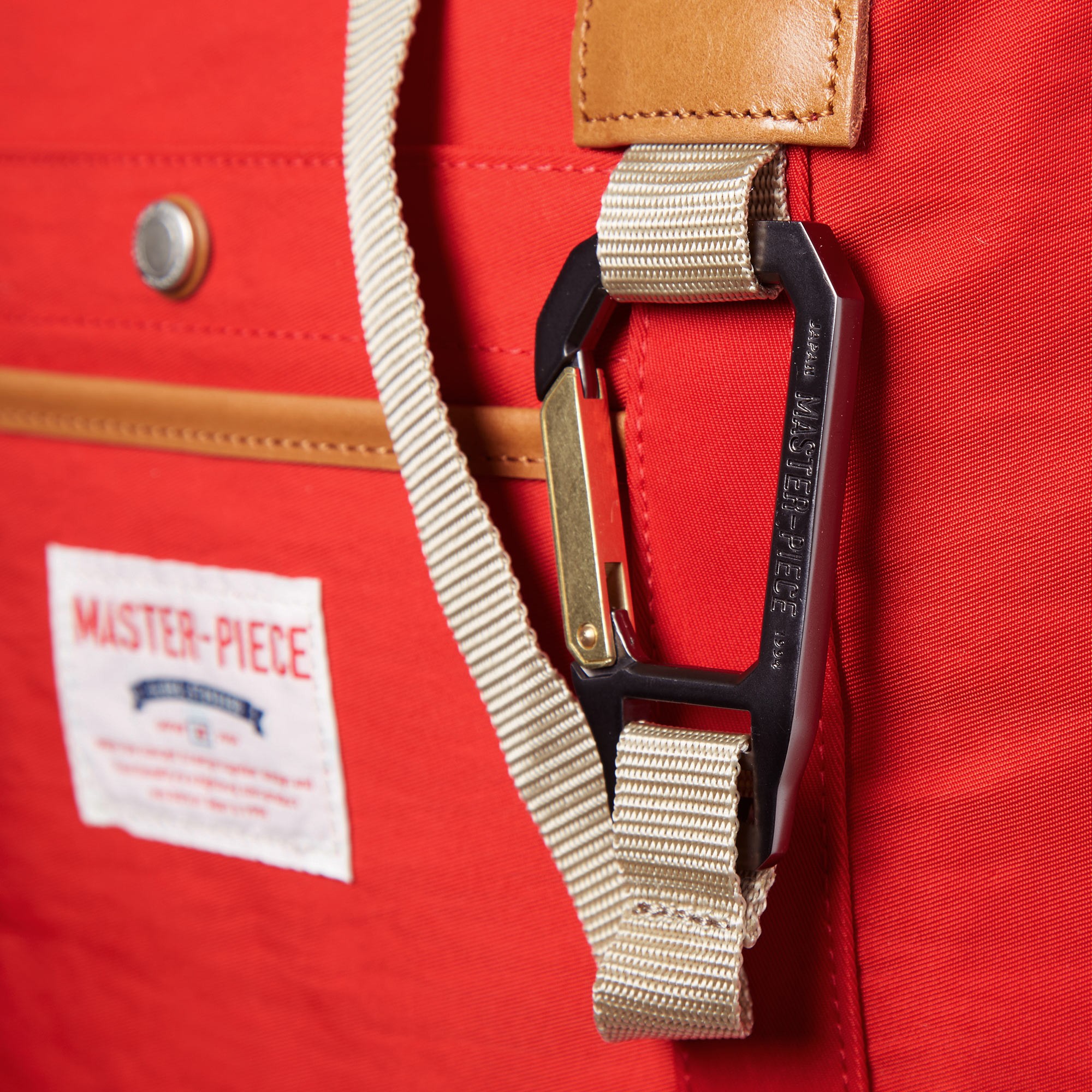 Admittedly, it looks vaguely like the sort of thing a cartoon Popeye would carry his supply of spinach, tattoo concealer and johnnies round to Olive’s in. But I still wants it. It’s made from “high-density Beattex nylon”. Which just to contextualise, means that in a very literal way, the word ‘Beattex’  has been inserted between the phrase ‘high-density’ and the word ‘nylon’. I have no idea what ‘Beattex’ means, but I think you can join me in assuming it’s good.

It’s got vegetable tanned leather trim too, which will, “age and patina in time to create a completely unique look.” Which is kind of like saying saying, “it’ll get dirty and you’d be an idiot to think that that doesn’t make it look more beautiful.” So. You know. That’s good too.

What I most like though is the fact that you can use the regular handles to just carry it, or it’s got a shoulder strap for, you know, shouldery carrying, but best of all, it’s got a, “detachable carabiner strap.” Again, in truth, I have no idea what you’re supposed to use a carabiner for. I remember one breaking in the film Cliffhanger and Stallone watching as a girl fell slowly into an unconvincing green screen canyon. Other than that, I’m at a loss. I expect you’re supposed to put your keys on it.