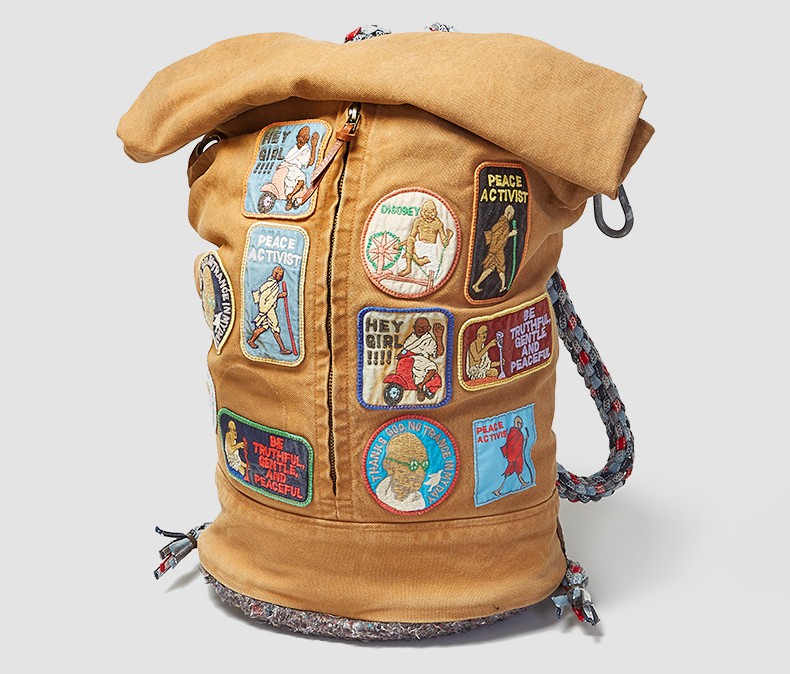 Dunno what I feel about Gandhi. I mean, they made one film back in the 80s and it was pretty good. But that was that. No TV spin-off,  T-shirts, posters or rubber Ghandhi-head merch. I bet the guys that made Ghandi are kicking themselves looking at the Avengers franchise.

Anyway it seems Japanese brand Kapital have spotted this gap in the market and have unleashed this canvas bag covered in Gandhi shit.

It’s canvas, it’s got press stud fastenings, a reinforced felt base and handwoven handles. Leather and brass abound. But it’s the Gandhishness that’s the sell. While other wacklords are walking around with Iron Man caps and rubber Hulk fists, you can roll on the nonviolent civil disobedience tip.

I mean, let’s be reasonable, what’s doper, going fist-to-fist with Hulkbuster armour, or challenging a British-imposed salt tax? Yeah, you know it bwoy. Oh, and by the way, it’s 610 quid.