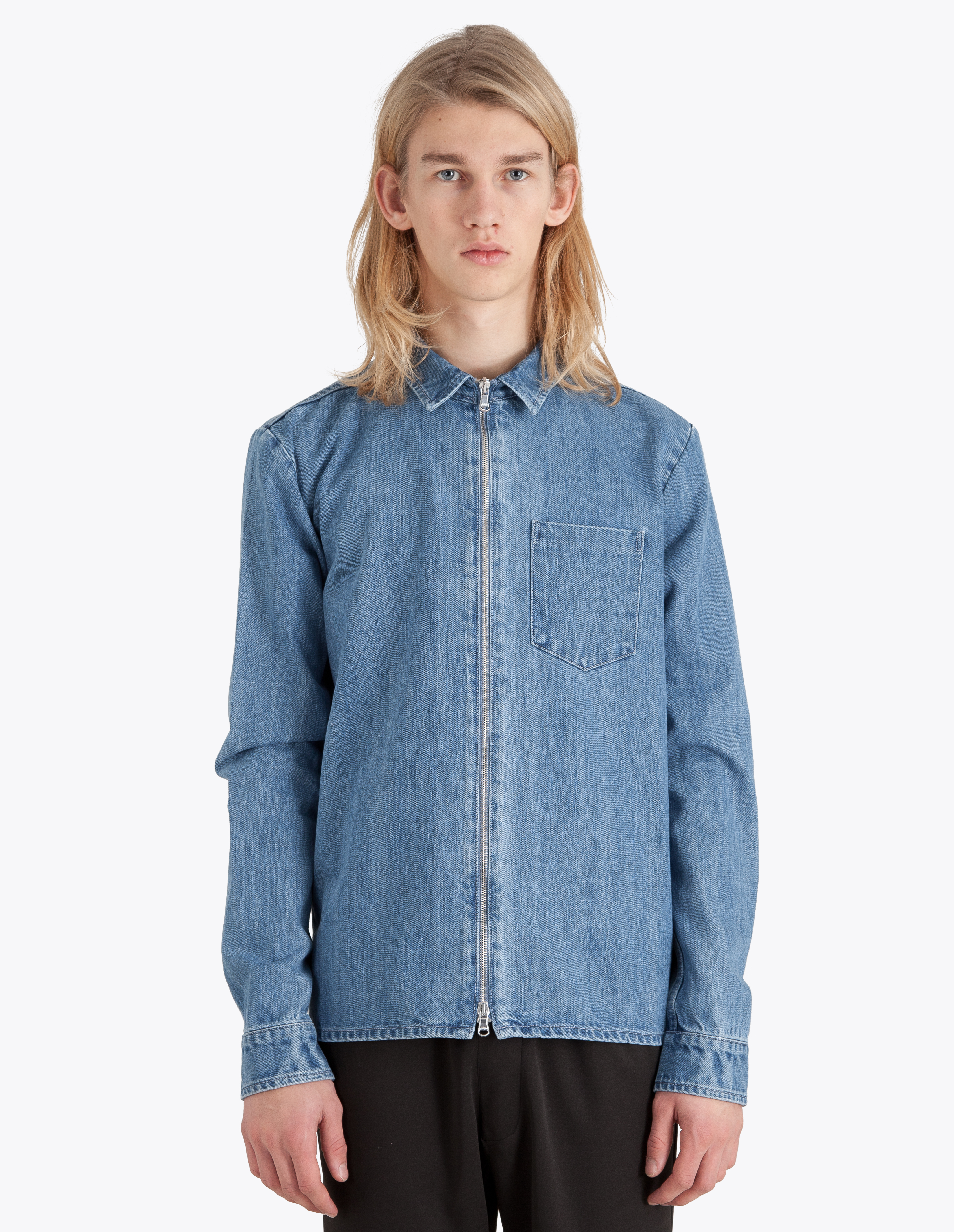 Fuck me this dude’s got some ears on him. It’s a fact that, to be fair, is about the only thing I can pick up on to make me feel slightly better about myself. I wish I was him. If I looked like that and had that hair, shit bro, I’d travel everywhere on a white horse. You could just wear Y-fronts, pointy red Michael Jackson booties and a golf visor and ladies be still wanting to split a Pain au Raisin with you in Costa.

In this instance, he’s choosing to roll heavy in a Très Bien zip denim shirt. It’s real light on deets and an uncharitable soul might suggest its a blatant rip-off of Our Legacy. I quite like it though and it’s reasonably priced at £145.

Actually, did he chose to wear that? I don’t think so. I mean, he’s getting paid to stand there looking all angelic in that shit right? I bet when he’s off duty, he’s back to just striding around in his pants. Look in his eyes, he fucking knows what works.