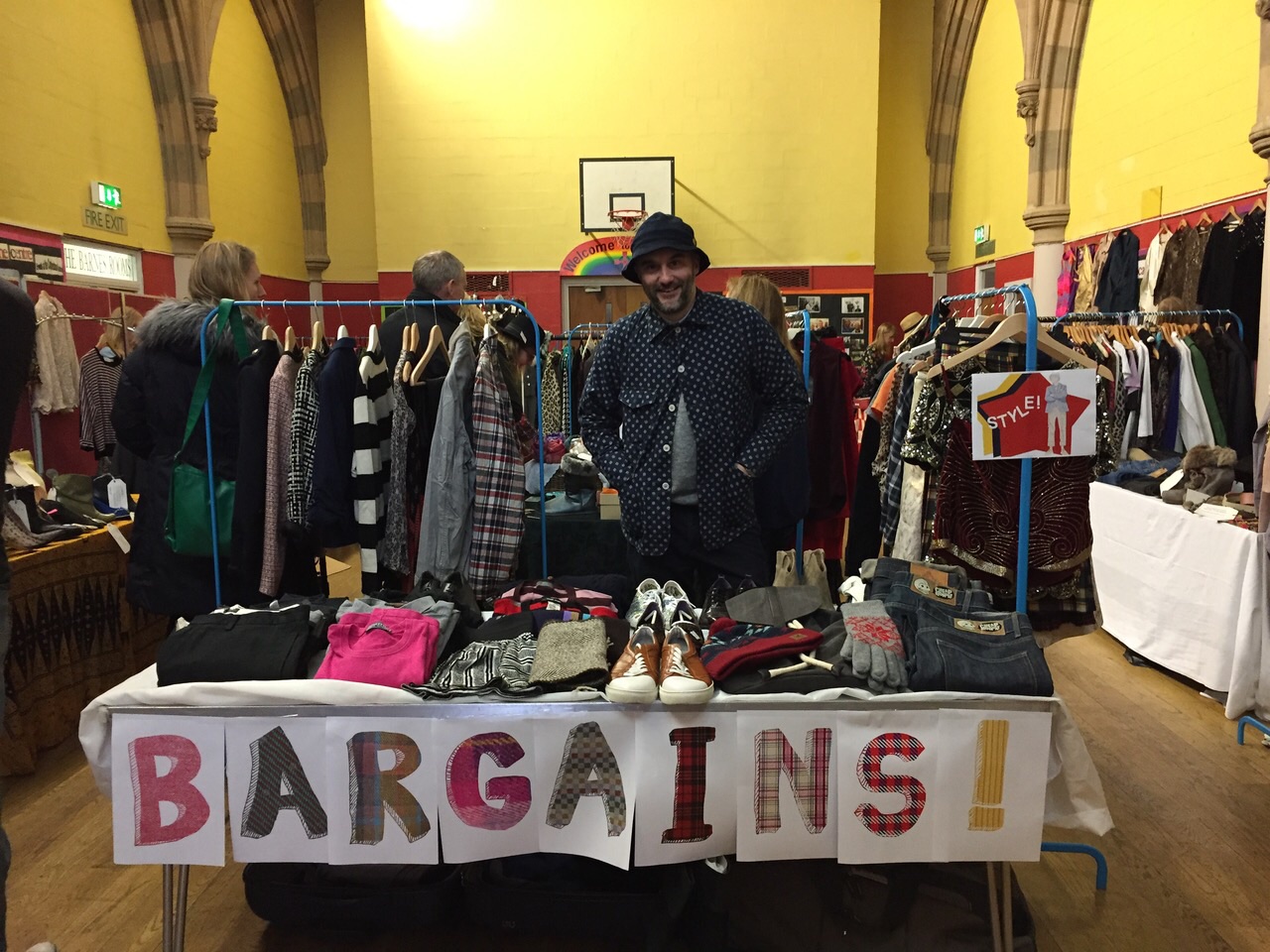 Wanna know what happens when you try to sell your old clobber in a church hall? Me neither. But, thing is, I do actually now know. I tried to do it the other day. Intrigued? No. Well, how about this then… Imagine earning £73.43. Beyond imagination? I’m telling you it’s possible. Here’s how to get your ‘just over 70 quid’ on…

Initially, I thought I’d sell my menswear fashion relics in a pop-up space in Dover Street Market. But there must have been some issues with the telecommunications network in Japan last week, Rei Kawakubo can’t have got my answer phone messages. So I thought I’d give something back to the community. Cos, you know, that’s a thing now isn’t it? I decided to bless-up the Peckham massive with the chance to swag some of my old kit. I erected a stall in the Copleston Centre. I know, I know, I’m a bit like a saint.

I have to say, I’m not sure the locals really understood just how saintly I was being. In amongst some Uniqlo wackery, I’d got some 90s classics going on – Helmut Lang, Paul Smith, Rykiel Homme, Duffer Denim (from when it was a cool store in Covent Garden not a subsidiary of a shitty sports chain). And my prices were absurdly low. I was tossing shit away for fivers. Helmut Lang shirt, five coins? Come on, that’s bargainland in anyone’s language. Not seemingly the language of the Copleston Centre though. It took hours before I managed to prize three quid out of a bro for an old Paul Smith scarf.

One women bought four shirts – a mix of Marc Jacobs and some Lang. Another dude bought some gloves. I unloaded a Nicole Farhi cotton summer blazer for a tenner. A tenner? Shit that’s weak.

Finally, we knocked out one of my boo’s old Zara coats for 15 sheets and we were done. We definitely cleared 70 odd quid. It would have been more, but I dropped mad-papes on two sausage sandwiches and a Snickers Duo. Ironic, as I’d sold most of my shit for peanuts.

The message? Don’t get into selling your old wares in a local car-boot style environment with a view to retiring. I’ll be honest, it’s unlikely. But if you’re happy to get all ‘community’. If you’re down with getting pally with some locals. If you’re unashamed to tell customers that skinny-fit Helmut Lang shirts are still, ‘the shit’. Get involved broseph.