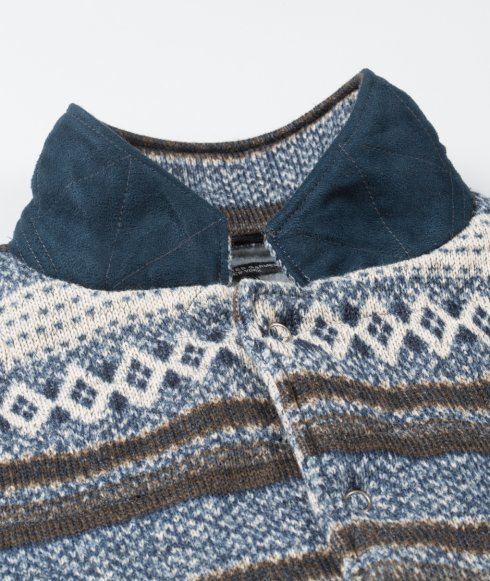 I’ve always been fascinated by under-powered superheroes. Black Panther, as far as I can see, is a sort of gymnast. Daredevil’s got his super-sense, but other than that he’s a regular dude. And the Trapster is a bloke with a glue-gun. Shoot any of those bros in the face with a normal pistol and it’s game over. Risky then. But on the up-side, the qualifications for becoming an under-powered superhero are little more than being a bit agile and having a costume. And your costume’s right here…

This triple-ended Engineered Garments rig-out is ideal, assuming you’re comfortable with a name like Captain Wool or Doctor Jim-Jams.

Yeah, I know, it’s the fucking trousers isn’t it.

As with all EG, it’s made in New York. This whole kit is thick fleece wear, the jacket’s got faux-suede elbow patches and lining under the collar and a press stud fastening.

The hat is shallower at the front than the rear and features reinforced stitching on the brim.

Trouserwise, we’re in gym pant territory – perfect for vaulting over cars and splits-kicking two bad guys simultaneously. They’ve got a drawstring waistband, for quick-changes back into your civvies, and a zip fly with press stud closure and elasticated cuffs.

Let’s not beat about the bush, this is a fuck-ton of Fair Isle fleece. While I’m all sorts of about the blazer, going ‘full retard’ with the  hat and slacks is a dangerous game. And not just because you’ll look like a bell. But also, if the sun comes out, any aspiring, under-powered superhero is gonna sweat pints charging down the high-street after handbag thieves. And, come to think of it… If you went up against a super villain with firey powers, you’d go up like a piece of toast. And a master of water would just spray you and you’d be staggering about, leaden with soaking wool. Yeah, just had a re-think. As usual, everything you’ve just read is completely pointless and wrong. Thank you for your custom.