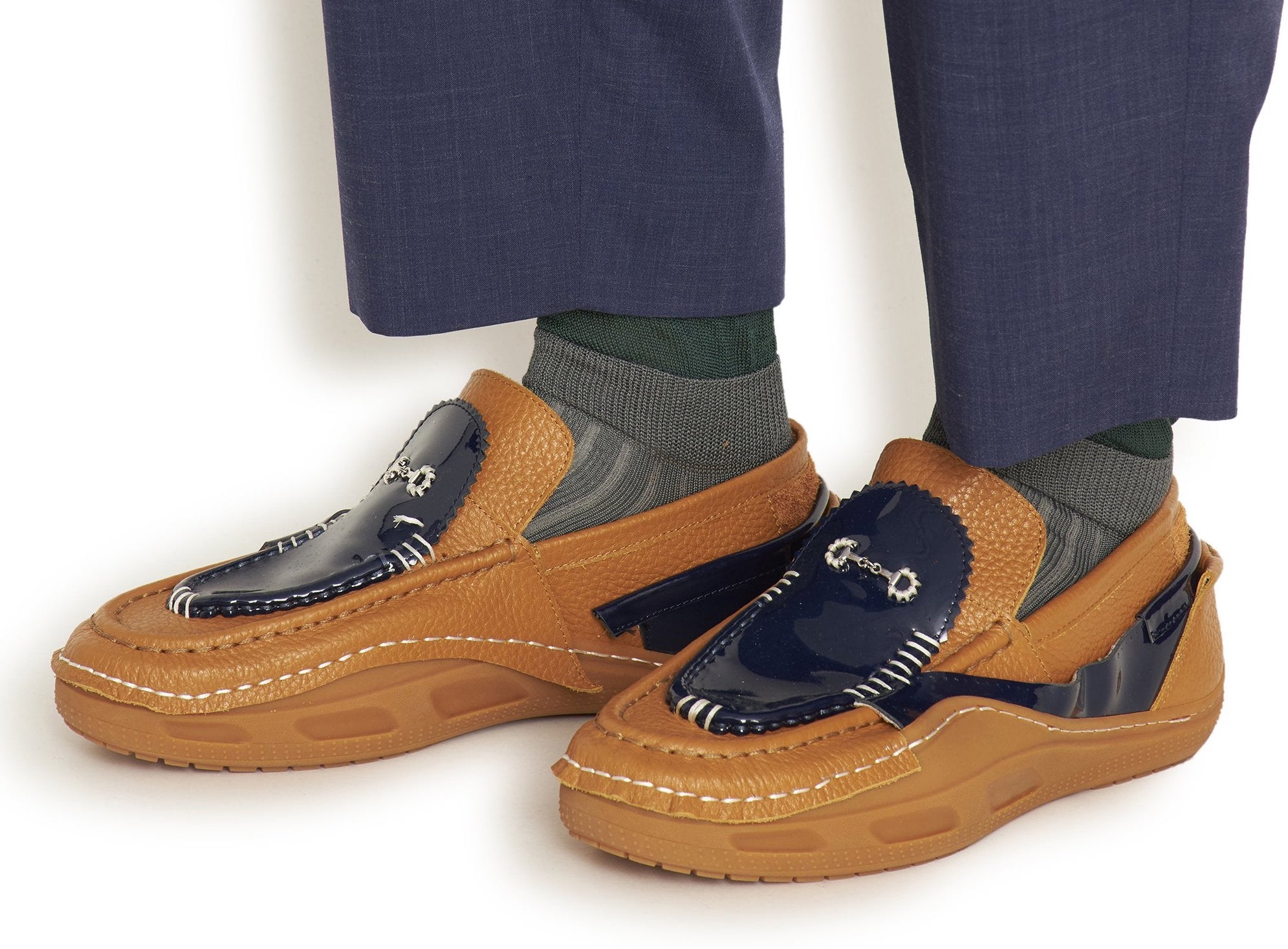 Good statement shoes are rare. Other garments can be layered, hidden, or otherwise de-powered within an outfit, but shoes, they’re totally out there. The commitment is all too real.

Many, many years ago I bought a pair of Junior Gaultier desert boots. They were brown suede with a simple rubber sole, however the toe extended to a frightening point. I’m not talking about a regular pointy shoe here, these things went on and on, beyond where a normal shoe would end and then on again, eventually finishing with a pickaxe prong. They boasted around ten centimetres more shoe than strictly necessary.

As a committed reader of Arena magazine, I’d concluded that ultramodern dressing was for me and it was my duty to educate the patrons of my local discotheque accordingly.

When I met my friends they tried to hide their smirking. When I tried to climb the stairs in the club they pissed themselves. The stairs weren’t deep enough to accommodate the length of my shoes. I had to waddle up, toes pointed outwards like an avant-garde John Wayne.

Such is the dark side of statement shoes. Literal missteps. Evenings spent in the shadows, trying to run down the clock as you conceal your farcical footwear beneath the rungs of a bar stool.

Lessons learned. No doubt. Yet the nagging appeal of the new is ceaseless. And after years of over reliance on Yuketen and the rubbery output of Japan’ Kurame district, I’m finding myself drawn to these monsters by Kolor.

As with most of Kolor’s output they look like they’ve been cut-and-pasted together. Maybe the artistry resides in the sheer confidence it takes to create such abrupt juxtapositions. Take a look at Kolor’s coats, shirts and trousers and you’ll see the idea of large contrasting and contradictory slices of fabric and colour is a constant.

While here we see a peculiar hybridisation of a driving shoe and a boating slip-on adorned with jarring patent leather. The loose skirting around the upper is eye-catching madness, it almost makes you miss the roughout detail on the heel. The horse bit, tied in pace by thick contrast thread, looks virtually subsumed in the tongue. All sorts of wrong of course. Which is exactly why I love them.

Thing is, unlike my Gaultier cattle-prods, these loafers are totally wearable. Sure they’re a bit jazz-hands, but with a well chosen fit (typically I’d go all navy all over) they’d bang.

Which just leaves the rather inconvenient issue of the £350 asking price. Not just because it’s a big number, but also buying shoes without being able to try them on, all the way from Japan is a big risk. I really don’t know why Kolor isn’t better represented in the UK? For me these are the perfect statement shoe. Freaky enough to get noticed, but practical enough to walk unaided up nightclub stairs.