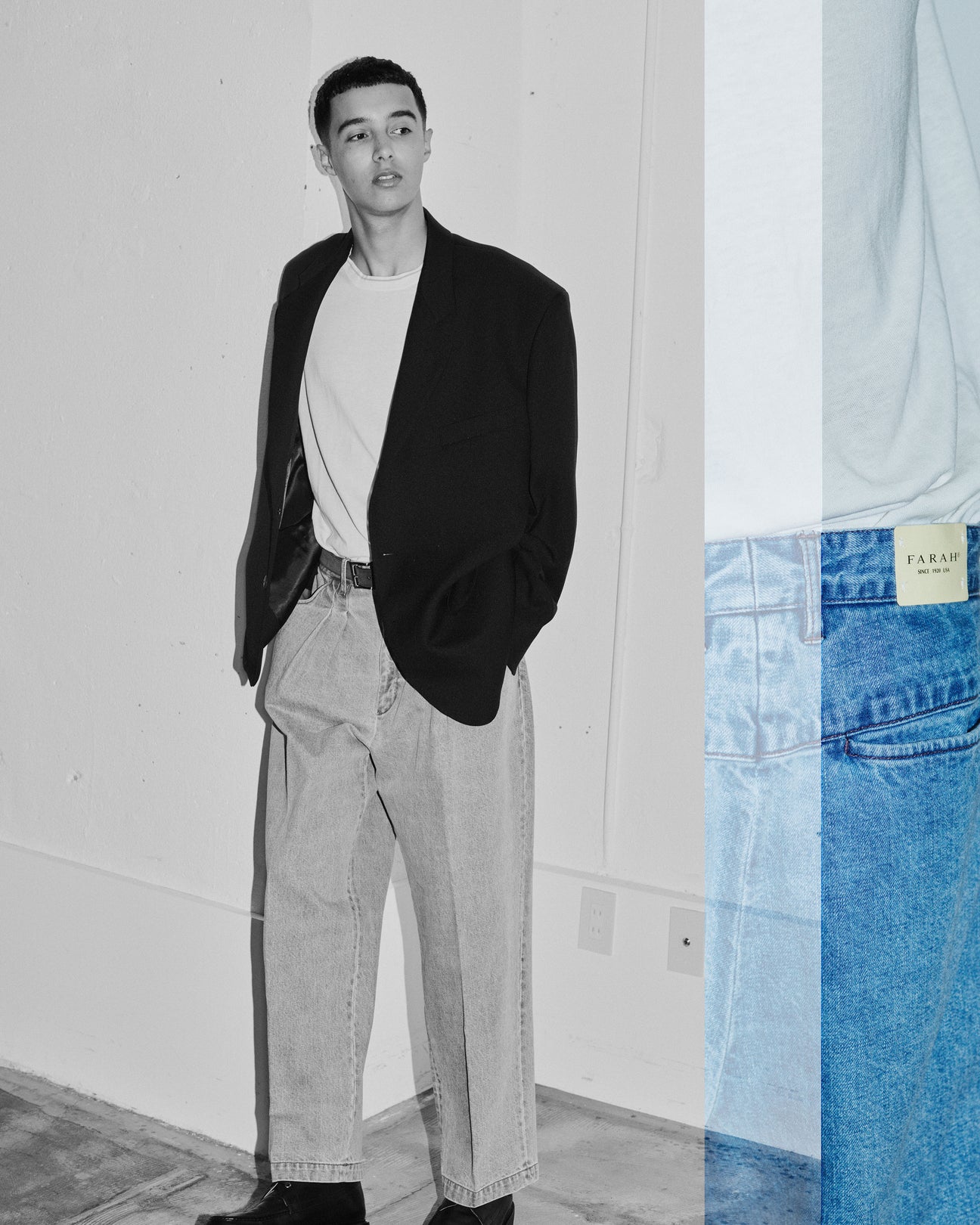 In a multi-verse a long time ago, far, far away Farah were cool. A very specific definition of cool, deeply aligned with being at school in the early 80s and wanting to avoid a ‘greeny’ in your hair for wearing ‘gypo trousers.’ Such was the unseemly crucible in which my interest in menswear was born.

If you wanted to avoid a dead arm you wore the ‘Farah hopsack’ incarnation; a stay press model, constructed from an unforgiving, abrasive material , featuring the all important bronze ‘F’ tag round the back. Some clipped the seams away at the ankle, so they flared just so over their Diadora Camaros. The rest of us just wondered how they avoided a massive telling off from their mum.

Of course once everyone realised fashion didn’t begin and end with a patterned Pringle sweater and a 7 inch copy of Einstein A Go Go, Farahs lost their mojo. Since then (subjectivity alert) Farah have been a no-go. I know there’ve been peaks and troughs, I know they were championed by various indie darlings during the Noughties, Jack O’Connell in Skins and seen throughout This is England. But really we’re talking blips. Nothing like the cultural shockwave of the 80s ‘casual’ era.

Having said that, check out these Farah jeans over at Japanese tastemakers NCNR. Look at the cut on them; they come slightly cropped and loose around the thigh, with either one or two pleats. Nothing at all like the flat-fronted, bum-cupping Farah classic.

Looks to me like an exercise in credibility building  — seduce eastern opinion formers to provoke demand in the west. I’m not entirely sure it’s working on me. But then Farah and I have a lot of baggage.

A £126 swing ticket makes these an affordable indulgence. Around 2.5 times cheaper than your average EG trousers. Although, it should be said, twice the price of a pair of Farah Hopsacks.

Even with no ‘F’ tag on the jeans, I imagine these would have gone down pretty well amongst my 80s peer group. Second only to a pirate copy of Monty Mole.