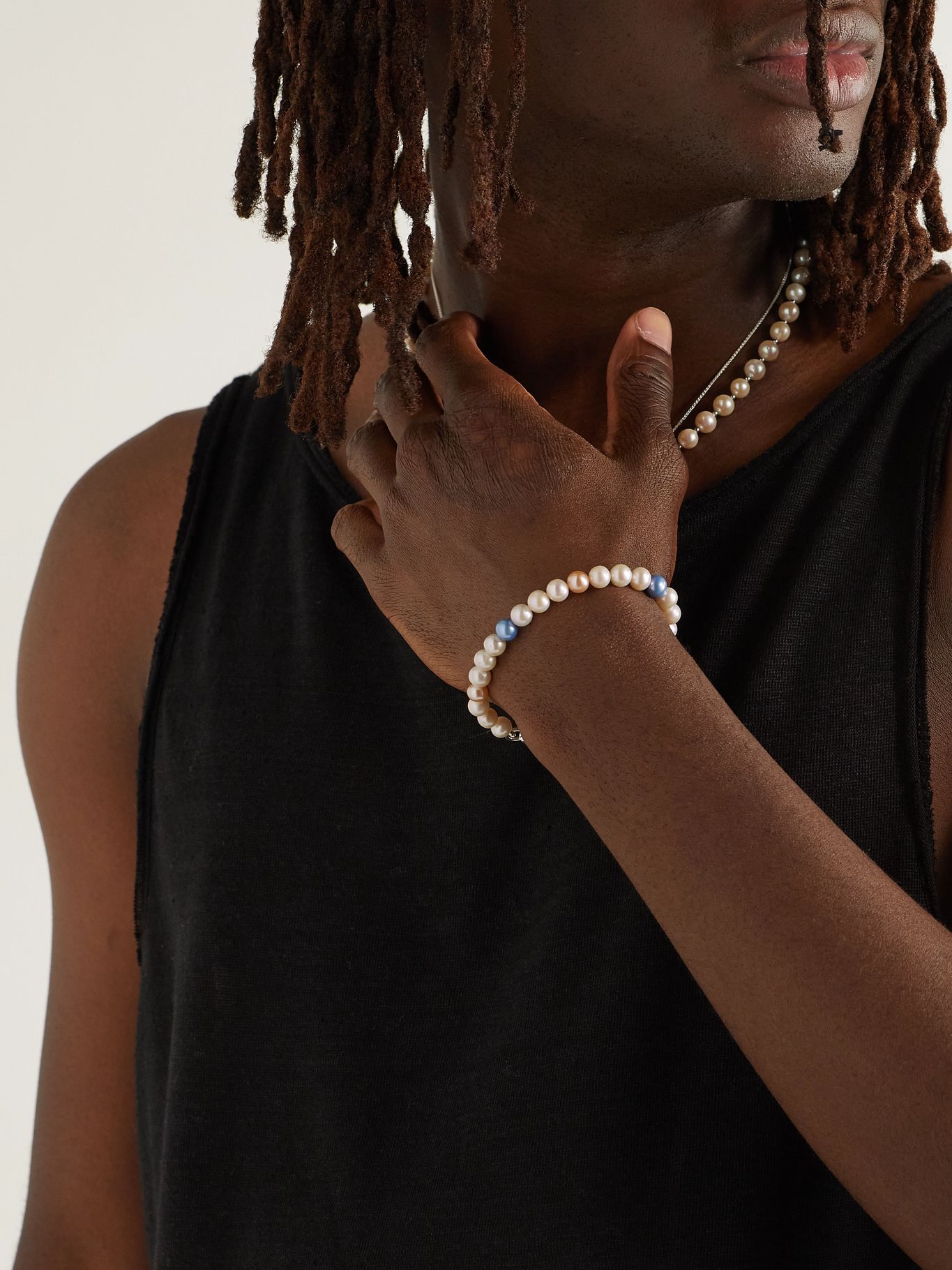 The extent of my pearl knowledge is as follows:

Without resorting to Wikipedia, that is genuinely it.

Nevertheless, (and believe me I’m mildly ashamed to even admit this) I am drawn to the idea of purchasing a pearl bracelet. Who do I think I am, Harry fucking Styles? I know, I know… Pearls on guys, it’s such a (bile rising in throat) ‘trend’. The very idea is ghastly, and yet, I can’t shake it. I’ve even convinced myself there’s a real logic to it.

Let’s be clear. My hesitance around wearing pearls has zero to do with any cultural baggage around them being too feminine for men. I couldn’t care less; you do you etc… It’s more that I feel suckered by a trend. I’m already wondering why I haven’t been busting a pearl bracelet for years? I kind of hate myself for this, while also not being strong enough to resist the pull of the new. I really am a tiresome human being.

The way I see it, pearls are essentially glamorous beads. The same thing many of us already wear, just with an added dash of Ru Paul. So if you’re happy to keep the menswear conversation going and want to avoid the stagnation trap, you might want to give pearls some thought.

I’m bigging them up, but I’m not ready for a pearl necklace  — literally or metaphorically (sorry). So for me a bracelet feels like my entry-level pearl experience. The ones pictured are by London’s Hatton Labs and available over at Mr Porter. Having Googled a little due diligence, I can tell you these are made from farmed freshwater pearls. In the world of pearls you’ve got natural pearls (these occur in the wild and are super rare and expensive) farmed pearls (like these) and then imitation pearls which sit amongst the pretence in Accessorize.

You’re going to pay £225 to join this party. So you’ll need to be pretty confident you’re totally committed to the vibe. Of course, it’s possible I’ll come to regret my position on this, but right here, right now, I’m in. I genuinely feel like pearls would be a charming counterpoint to my natural resting face, that of a passive-aggressive potato.