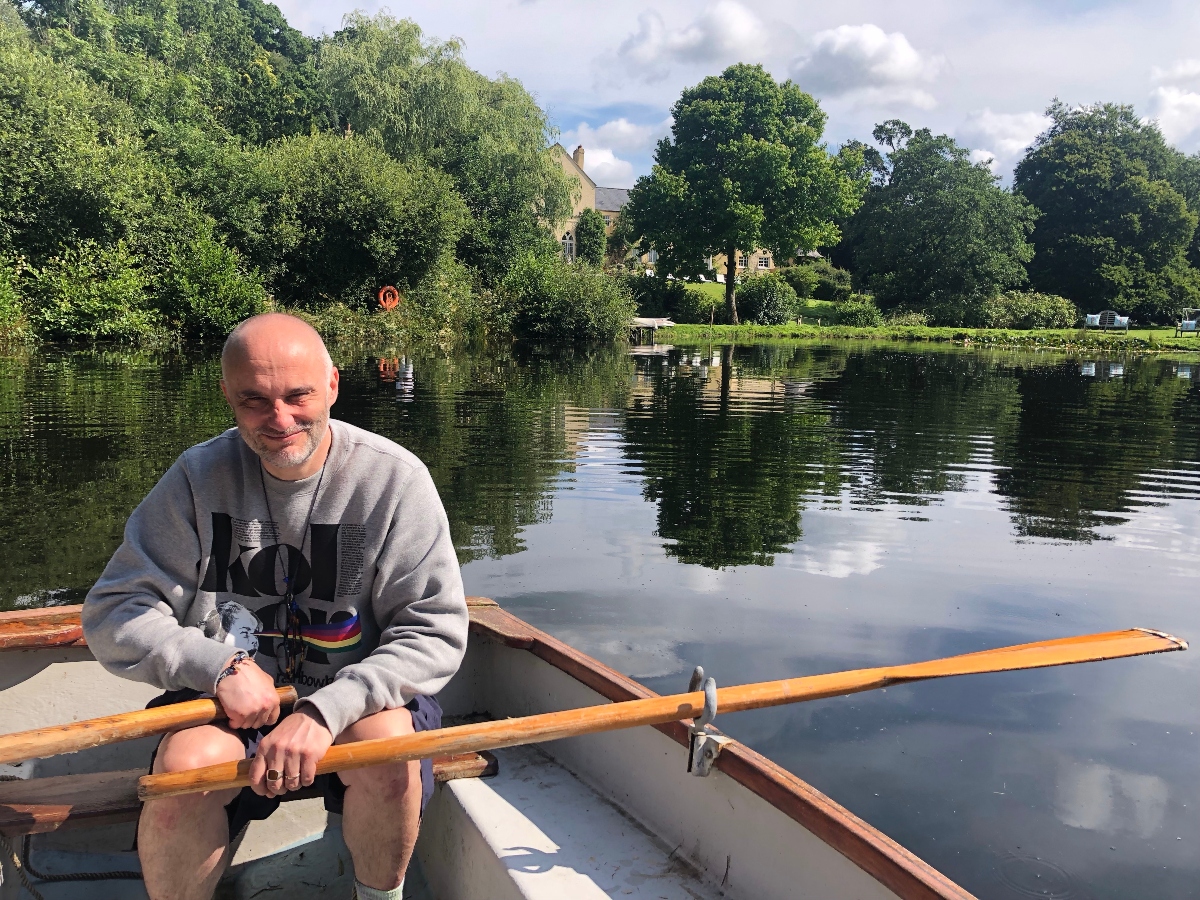 Menswear is fond of rules  — typically born of a different age and a slavish adherence to what a bunch of dead people used to do. You know the sort of thing: ‘Never wear brown in town’, ‘your tie should touch your waistband’, ‘always leave the bottom button of your suit jacket undone.’

Of course, there are corners of the menswear-verse that continue to espouse such tiresome restrictions  — usually the most toffee-nosed and unimaginative. But not here. I prefer a more explorative approach: try it out, if it feels right, it probably is.

That said, a recent circumstance has prompted me to uncover one piece of wisdom I’d like to share with you. Not a rule as such, more a strong suggestion.

‘When you’re wearing a shit-load of very expensive casual wear don’t fall off a canoe into a large muddy pond.’

I am currently holidaying at Colleton Hall, a grade II listed building in Tiverton. It’s an astonishingly beautiful place. Thirty-eight acres of private woodland and parkland compromised only by my sodden figure miserably trudging from the pond back to the house  — my £300 Kolor sweatshirt dripping with sludge, weeds trailing from my Suicoke x Neighborhood sandals.

Basically I misjudged the embark. The image above shows me, if not resplendent, then at least not covered in bog weed. At this point I was testing out my aquatic prowess on the more sedate rowing boat. Shortly after this picture was taken, and emboldened with newly discovered sea legs, I attempted to clamber into a one-man canoe and went arse over tit straight into the drink. And when I say ‘drink’ I do mean drink. I don’t know how many of you have swallowed a cocktail of mud, frog spawn and pond skaters lately? And there’s me trying to watch my cholesterol.

Fortunately I was at the pond’s edge. So aside from my ruined pride there was little harm done. But it is peculiar to recall that as I righted myself, coughing up leeches and struggling for breath, my first thought was for my footwear, purchased from Goodhood just one day before, and now steadily sinking into the ooze.

After much scrubbing, rubbing and dabbing, I think I’ve rid my garments of all evidence of their journey to the deep. But I’ve learned a couple of valuable lessons. Firstly, one go on a rowing boat does not make you Prince Namor the Sub-Mariner. And secondly, if you do insist on doing battle with Poseidon, maybe consider a more expendable menswear alternative. Blue Harbour springs to mind.