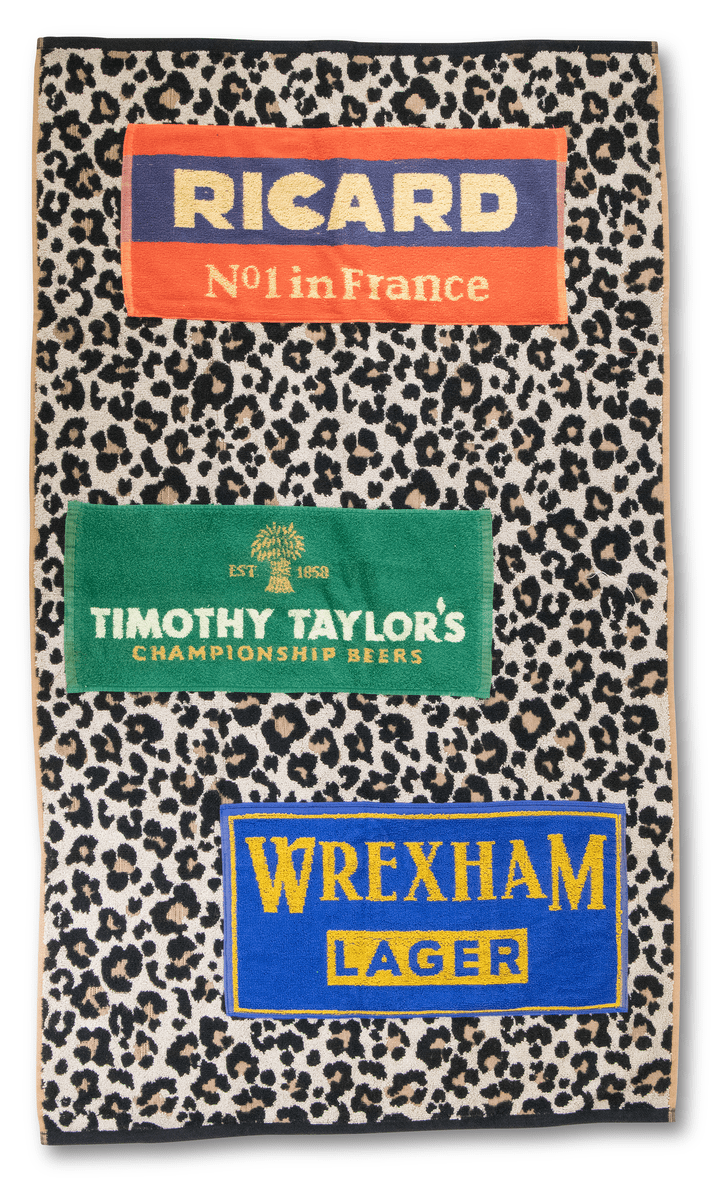 Disciples of Marie Kondo look away  — anyone who’s ever decluttered a handful of beer towels is going to feel pretty dumb. Put simply, we’re looking at a leopard pattern towel covered in retro booze-sponges. It’s weirdly punky and precisely the kind of thing you want to be throwing down for a socially-distanced hang-out in the park.

Check out those ancient fonts and washed-out colours. They’ll transport anyone of a certain age back to their inauguration into the world of pub. Shandy Bass, towering ashtrays, tomato juice for the lady and the slow reveal of the dolly bird on the Big D peanuts display.

This is the work of Adam Jones. Have a gander at his wares over at none-more-directional retailer 50m, and you’ll see his fetisihization of vintage alcohol extends beyond towels and into garments. Personally, I don’t think I could pull of a Newky Brown tank-top, but I’m finding the towels mad-appealing. They’re like a Sweeney-themed edition of Drag Race.

As lockdown eases and (is it six?) people can once more gather on communal grassland to sip wine and bray about how they don’t like Marvel but quite enjoyed Wandavision, you’re gonna need a stand-out picnic towel. At least this one will provide a bit of counter-cultural edge as you nibble on your Waitrose scotch egg.