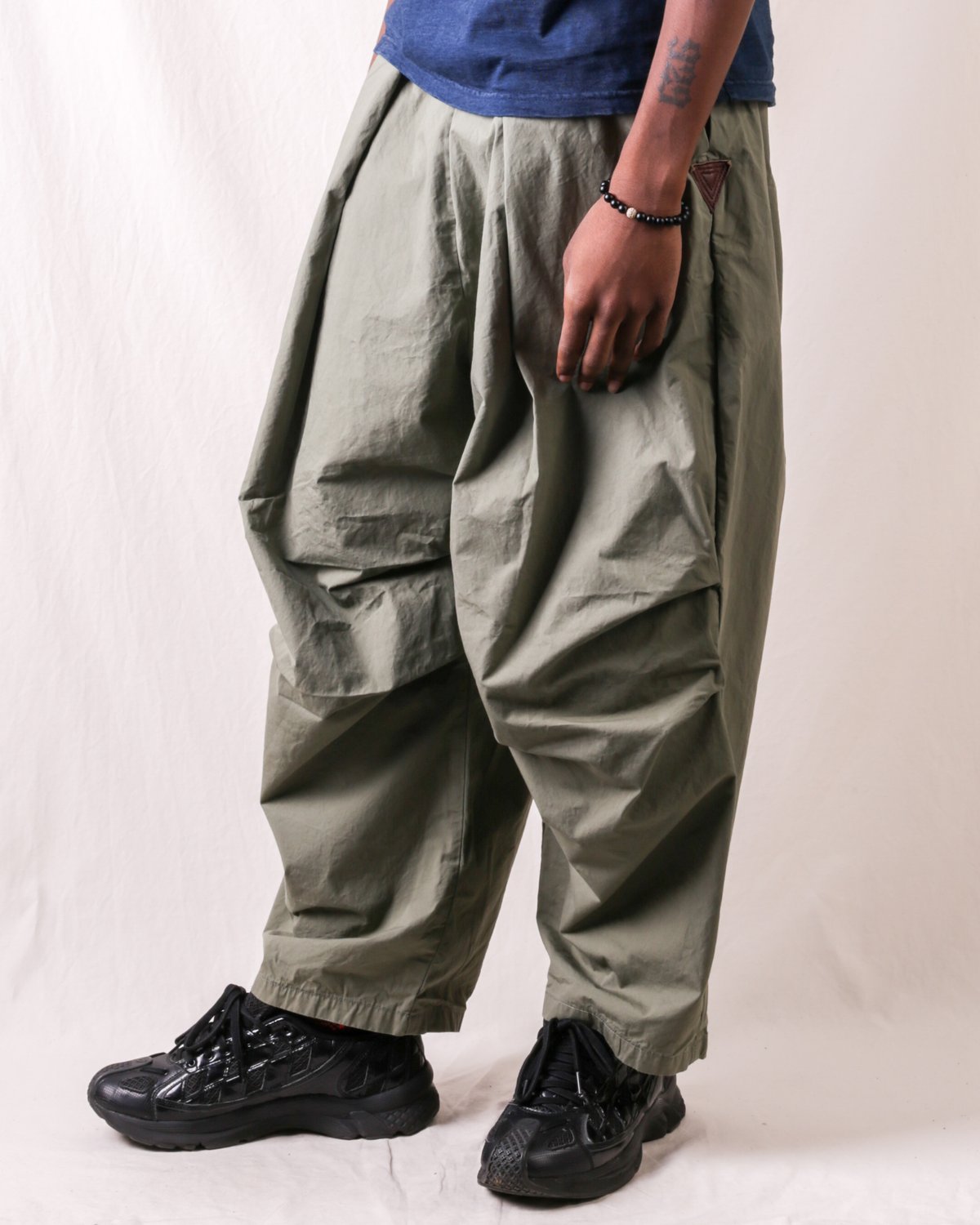 So, Trump’s got Covid. Are you allowed to hope for the worst? When the most loathed man on the planet contracts a potentially life threatening disease, how many of us secretly hope it’s the end of him? “Well of course, I wouldn’t wish death on anyone.” That’s what we say. But what do we think?

I’m going to plead the fifth on that one. I’m not craving the attention of the CIA. But it’s an interesting question. What’s the sustained impact of a monster like Trump on your moral centre? I’m wondering if it’s like Straw Dogs — reason and civility are slowly abandoned in the face of savage animalistic threat.

These trousers represent a threat of sorts. Less existential certainly, but enough to make you double-check the mirror before you head out for a pastry.

We’re looking at a handle-with-care piece. A veritable nuclear suitcase of a pant. They’re by the lunatics over at Kapital — a fact that will be obvious to some. And they’re massive. Fat and brash and loud, like Trump. But unlike Trump they look great and have a high IQ.

100% Cotton. Made in Japan (obviously). What’s not to love? The bagginess? Do me a favour. This is Kaptial. These are jumbo military trousers, they’re meant to be oversized. They’re the antithesis of mainstream skinny and will mark you out as a leader not a sheep. At this point you’re either in or you’re out. To paraphrase the popular idiom, either do a poo, or disembark the latrine.

They’ve got these over at NYC’s Blue in Green in two sizes, a 2 and a 3. According to the size chart neither seem broad of waist, but perhaps that elastic has a lot of give? A conflab with the retailer would probably be in order.

I think these are amazing. And supporting cool indies like Blue in Green would at least help our American brethren through this period of presidential unrest. I expect there are quite a few New Yorkers who’d like to see Covid give Trump a magnificent kick in the balls. Even if it’s just in the hope he’ll recover with a newfound empathy for life.

I don’t think Trump would care much for that though. He’s got his bigly tough, Russian strongman loving image to consider. I’m sure he’s looking at this with all the emotional detachment of the mighty Ivan Drago: “If he dies, he dies.”