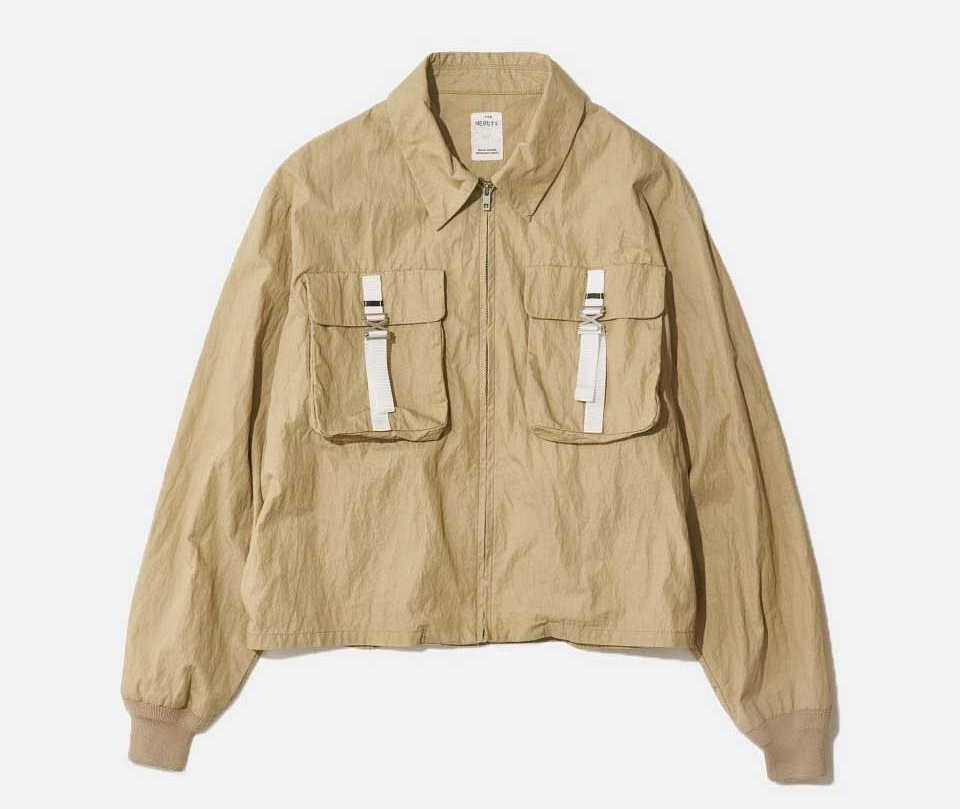 The influence of the 1990s and early noughts has been strong menswear for some years now. But the addition of 1970’s signatures is starting to make things interesting. I’m not talking about the kind of catwalk brands that regularly trade on porny gigolo luxe. Rather the more street-level imprints. Needles’ wild-west shirting is getting ever more late-period Elvis, while the flap of the kick-flare is audible over at SasquatachFabrix. And if you want to head down the rabbit hole of late 60s early 70s graphics, LA’s Online Ceramics have an acid flashback in your size.

Of course, this doesn’t mean you’ve suddenly got to dress like background character in a Blake Edwards comedy. But there are pieces with nods to the era that taste forgot, that actually look pretty tasteful. For example, this blouson from Japanese brand Nerdys based on 1970’s American vintage.

It’s 70s-ness is subtle, but it’s most obviously there in the cropped length and in the detailing. As retailer Bodega point out, “the ribs on the cuffs are knuckle-shaped with seamless ridges and circles found in vintage.”

There’s cotton and nylon in the mix, as well as a dying process that will lead to an appealing fade over time. But as with so many reimagined classics, it’s the pockets that take centre stage. These are ‘three-dimensional’, in that they’re designed to bag-out and stand away from the chest. Although those chunky nylon straps will keep your portables nicely on lock. The here pictures are a mix of the beige version and the orange (both quite similiar).

To a certain extent, the appeal of this blouson is contingent on your hunger for the obscure. Nerdys isn’t stocked over in the UK (to my knowledge) even though they’ve been running a good six years. Stockists include the aforementioned Bodega in the US, Nerdys direct and (appropriately enough for a 70s inspired piece) Taiwan’s Groovy Store.

Water resistant, unisex and doubtless lightweight and easy to wear, it’s a decent piece this. Just a short and respectful shimmy towards the 70s disco ball without going inappropriately Travolta.