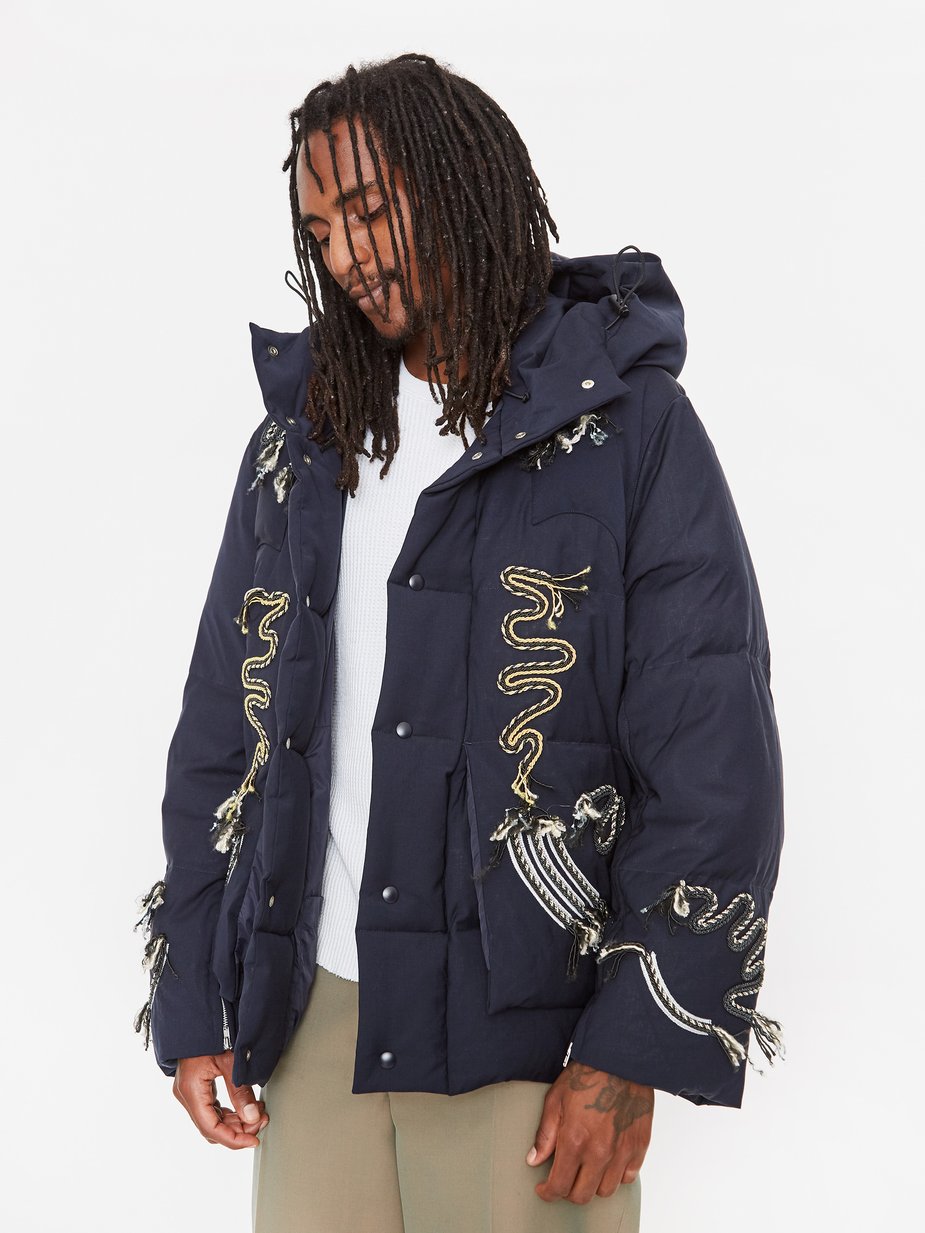 The idea of form over function turns a lot of men off. Pieces like this parka from Toga Virilis, that carry unusual embellishment, get sneered at by some for being too fashiony or dramatic.

It’s a shame as I think heritage is sometimes used as a safety net of sorts. Engineered Garments, orSlow, A Vontade, President’s, all safe — with their familiar navies and olives, their pockets and hoods. There’s lots of tradition in there, modernised certainly, but still retaining a clear inheritance from the past.

It’s interesting that some are comfortable to move beyond reworked fatigue jackets and have begun to seek a heritage far from their own, through kimono fastenings and nehru collars. And yet, often for these very same men, the strikingly new remains off limits.

I guess it’s about to what degree you want to be noticed. I rather think this jacket would get a dude noticed to precisely the correct degree. The thing is, it combines two elements that when combined are impossible to ignore. One: it’s a thing of hyper-luxury. Toga Virilis make their garments out of dreams and whispers, difficult to catch, harder to sew. Two: it’s covered in snakes. Or rather stitched-on rope that looks like snakes. Slithering death adders with warning stripes and frayed mouths. If it wasn’t so beautiful it’d be positively revolting.

The 80% down and 20% feather mix will keep you toasty enough. And there are a couple of snap fastened pockets up front hidden beneath the downy layer. Long zips run up the arms and there are toggles inside the hood.

The price tag renders debate itself rather a moot point. At £1,025 the only guys with the money to buy this probably wouldn’t appreciate it. Maybe it is a little glam. I just can’t help thinking that the rope detail suggests an appealing naivety, a kind of artisanal aesthetic. One that actually sits more comfortably within the safety of heritage than first appearances might suggest.