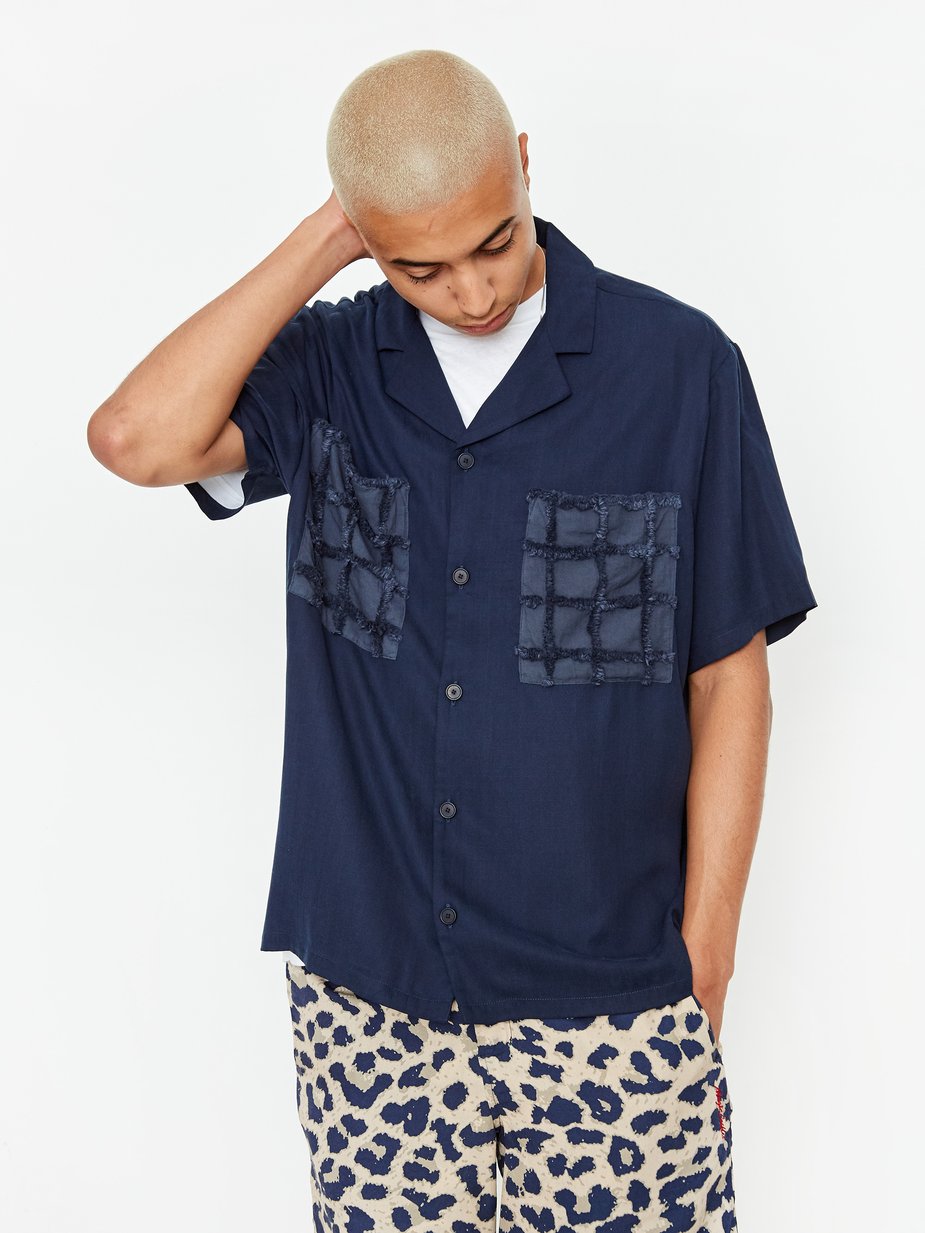 It’s well documented that Boris Johnson lies. But it’s how he lies I find interesting. Listen to the rallies between our PM and Keir Starmer, during Prime Ministers Questions and it becomes irritatingly clear. Johnson uses the phrase, “everybody understands…” a great deal. Commonly as a precursor to a statement many people don’t understand. “We’ve been very clear that…” is another one. Teeing up information which remains unclear to most.

The promised app was once a vital part of the defence against Covid, now it’s the “icing on the cake.” But of course, “everybody understands” that. So much fluffy rhetoric. So casual with the historical revisionism. You wonder how he has the gall, but then you remember who he is.

As long this amoral sasquatch remains our leader we’re just hostages to this bullshit. What’s a good metaphor for that? A shirt with pockets like the bars of a prison? Yeah, that’ll do.

This is new from Magic Castles over at Goodhood. Hawaiian shape; made of Tencel (a type of rayon) and with a squared-off hem for out-of-trouser wear — pretty decent all round. There are two details of note. Firstly the pockets. There’s no detail over on Goodhood, but drawing from my encyclopedic knowledge of fabrication, I can confirm they look fluffy.

Secondly there’s a logo. I know, I know. No logo. But on balance, this dinky ‘Magic Castles’ etching is fairly unobtrusive. Besides, Magic Castles isn’t exactly a household name. I could live with it — for a bit.

If I’m honest, I’m not entirely convinced by the fluffy finish. But if I had it, I’d give it a go. I’d probably give it a run out down the pub. Assuming I hadn’t been told it was a good idea to go to the pub by a habitual liar.