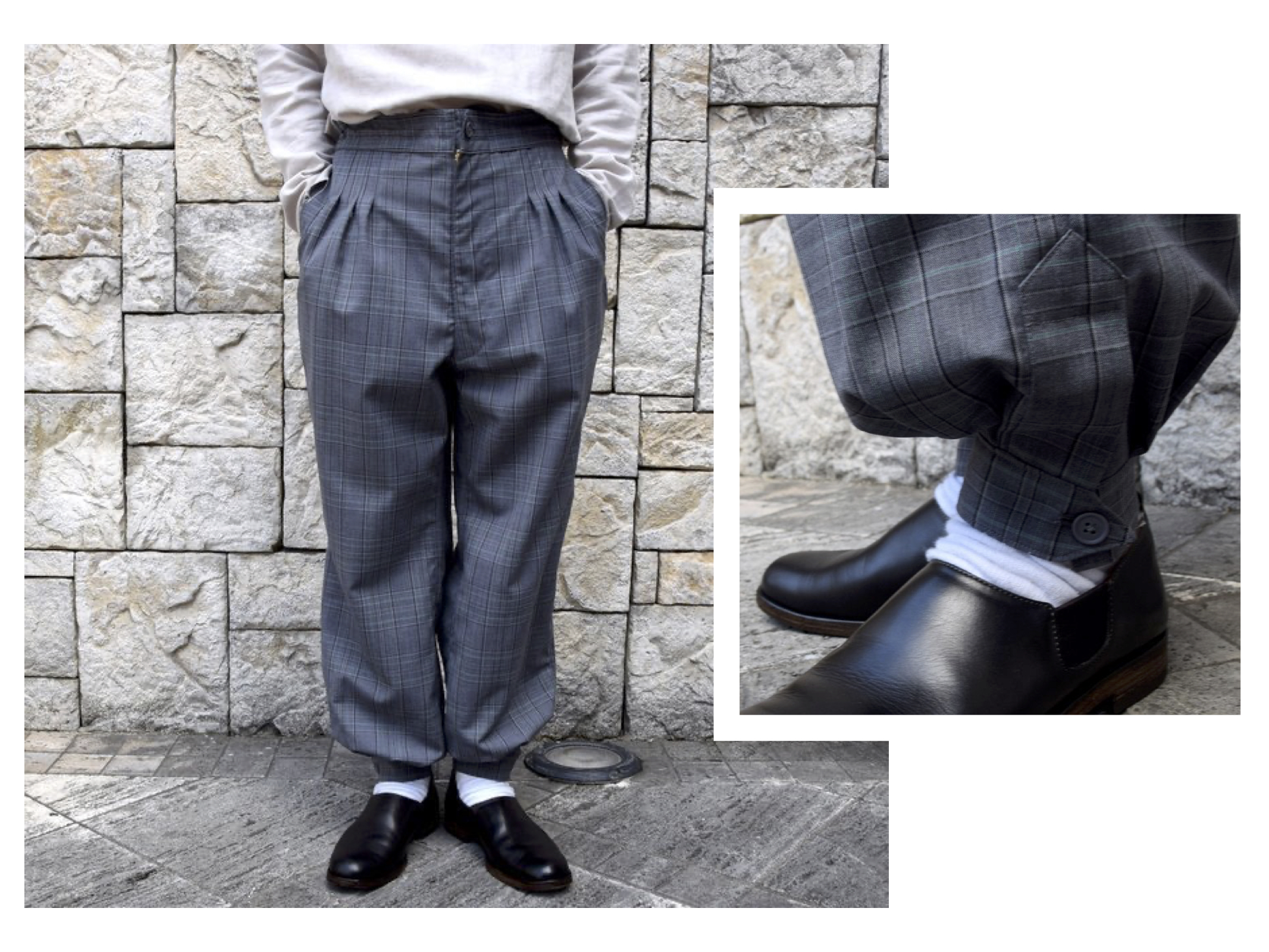 Got to love a pleated trouser. Sure, you’re struggling to raise a smile as antique comedian Lenny Henry trots out his Flavor Flav stylings on the BBC’s Big Night In. Yes, you’re eating dry toast because you’ve run out of butter. No, sunbathing is not the same as exercise. But look at these aggressive pleats. Pointy and stupid and brilliant. High waist, low pleats. It’s possible I’m losing it, but I’m grinning in a way Lenny Henry shouting, “boomshakalaka” will never achieve.

I don’t think I’ve heard of the brand Homeless Tailor before. Japanese, obviously. Available from Acoustics, for the interested.

There’s a drawstring inside the waist, so if the button fastening alone is too loose, you can tie them tighter. As a man more than familiar with Mr Kipling’s fine range of patisserie, this is not a feature I’ll be troubling. Still, it’s a nice detail, one that’s common to the kind of utilitarian wares we look at a lot here. Less common, and for some possibly a deal breaker, are the bold button-up cuffs at the bottom. It’s here these trousers go a bit steampunk, a bit Victorian Dad.

They’re still baggy though. And, as you can see above, there’s plenty of drape falling over the ankle. Personally I think I could cope with them. And what about teaming them with loafers like the dude in the shots? That’s some boldness right there. The last guy I saw in a fit like this has just pissed himself and was eating from the bin outside Rooster Hut. It’s not called Homeless Tailor for nothing.