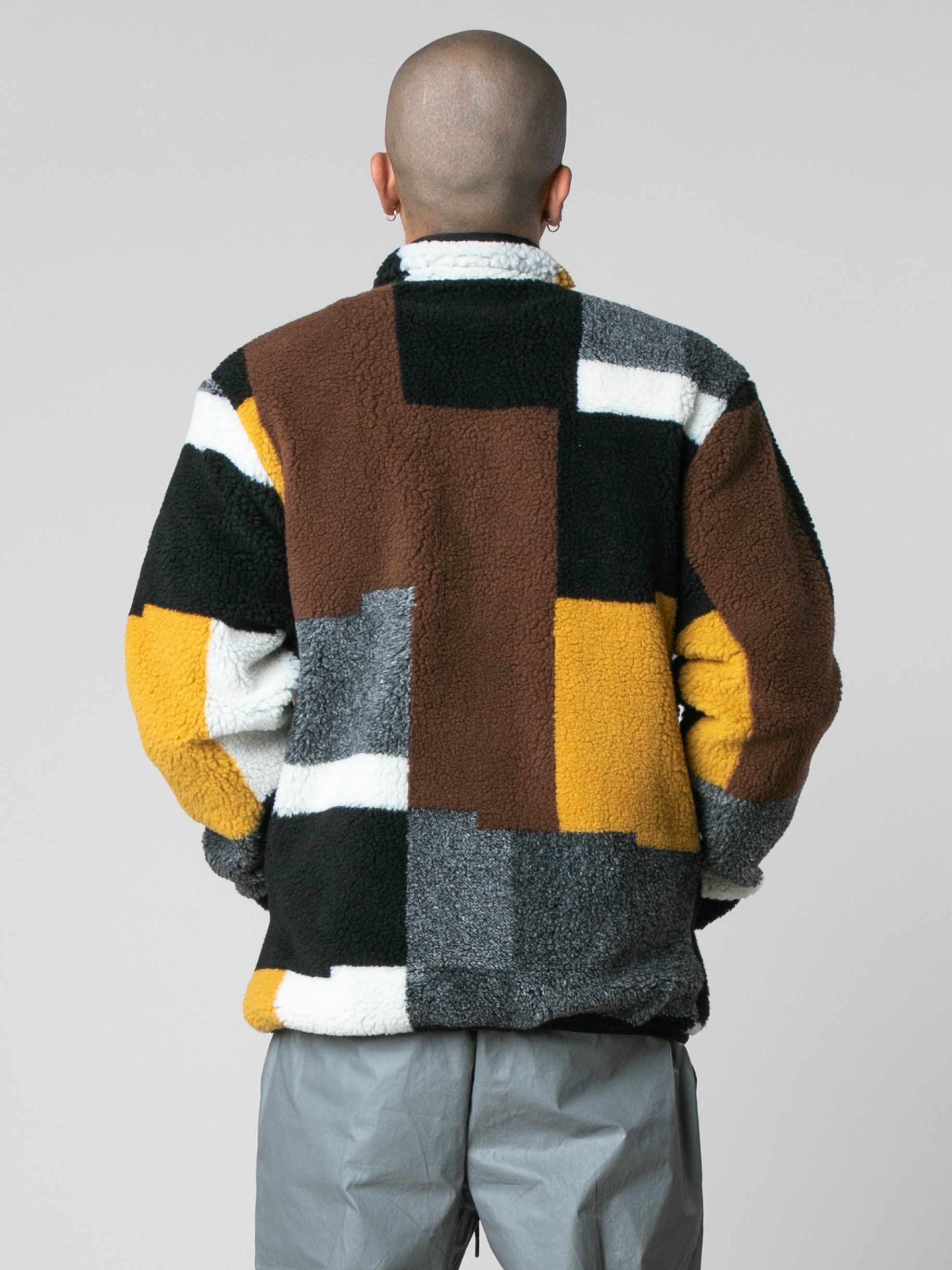 I’m liking the colours here. Chocolate brown (big colour I’m betting this year) a laser-powered yellowy orange marigold and a handful of neutrals. And what about that pattern — somewhere between a close-up of a LEGO wall and the naive motion graphics in The Lawnmower Man. I’m fully digging it.

The concept? Surely a study of the industrial linearity of man meeting the amorphous irregularities of nature. Or could it just be a fleece with rectangles on it? You can never be quite sure.

Whether or not this fleece is imbued with a statement I’ll never understand, it’s presumably good for keeping warm. It certainly looks it. It’s by LA designer John Elliott and features a couple of pockets and a fully-zippable high neck. It’s certainly practical.  So what’s not to like? The pattern I suppose. Or fleeces in general. But the pattern’s probably the deal breaker.

As is my way, I’d probably want to subdue this thing and wear it as an under-jacket. Beneath a longer overcoat you’d just reveal flashes of your squares-meet-fluff exploration, enough to mark you out as a man of daring and progressiveness, without coming off like a fucking harlequin.

Braver souls will go all out, like the dude pictured. Personally if I was to wear this uncovered and fully nuclear, I’d stick it with trousers (not jeans) and shoes (not kicks). It is after all a very relaxed piece and I’m a very uptight bro. I’d need to balance its street-fury with a bit of grown-up formality. I don’t think that’d make it look square. Rather I’d look like what I am — a professionally miserable bell-end of a certain age, who thinks he’s smarter than he is and attempts to counterbalance his perceived failures in life by wearing clothes designed for a much younger man.