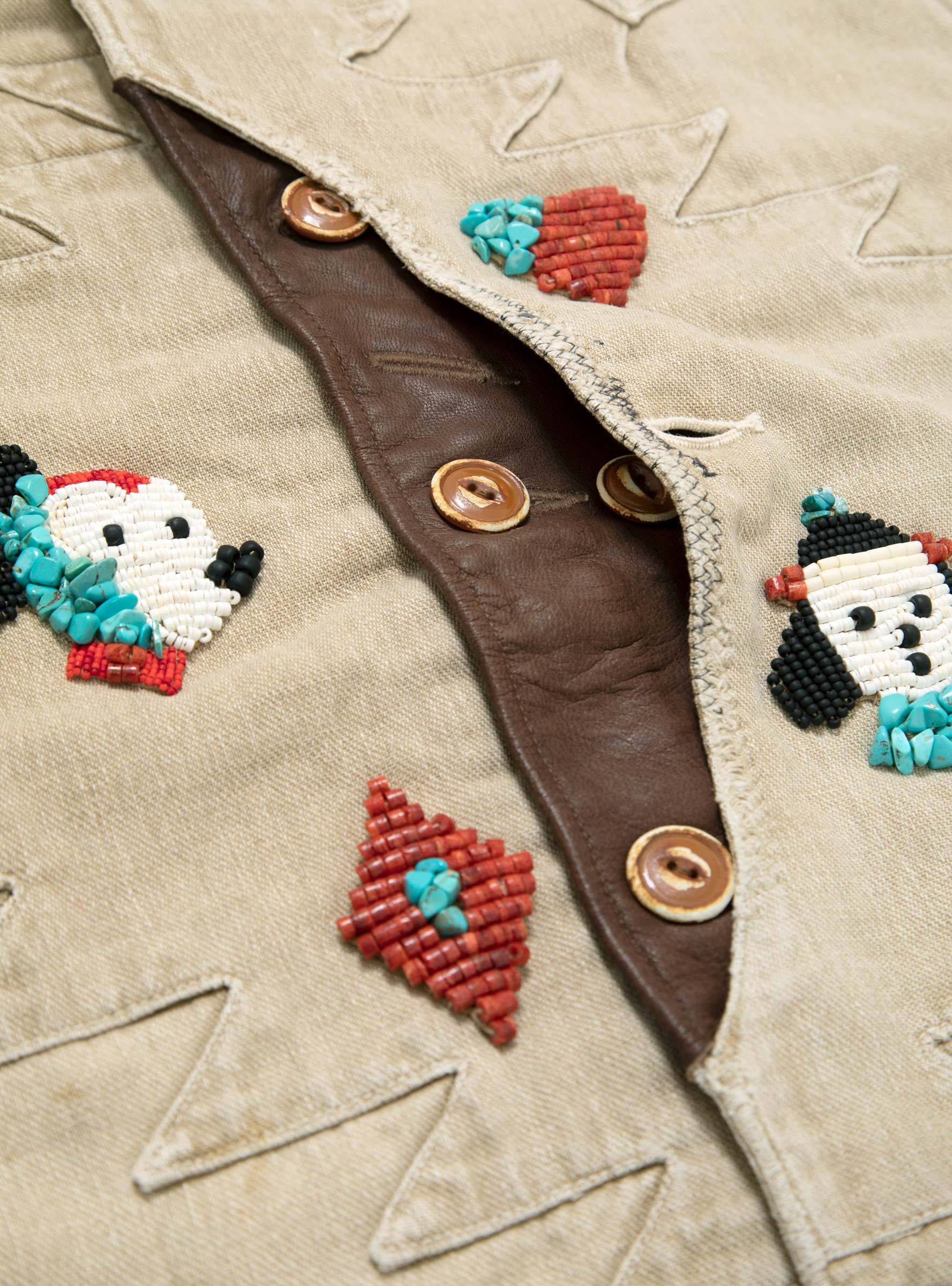 Check this witch doctor get-up from Kapital. I’m pretty sure that anyone wearing this would immediately be able to access some low-level spells and hexes. I’m not saying you’d be able to turn base metals into gold, but I reckon you could curse someone, and their web server would go down for an hour. At the very least this fucking thing is haunted.

It’s 100% linen and according to retailer Garbstore it’s, “de-constructed and distressed”. Distressed? It looks positively inconsolable. Obviously it’s supposed to look worn. Like a singular vintage piece. Like something you uncover in a South American pawn shop for $20. Except this one is £745. The buttons are sanded. The hems and cuffs have been weathered. It looks like it’s had a former life. Perhaps a number of lives. And now it’s reincarnated. Ready for you to become the arch sorcerer you’ve never wasted any time imagining you could become.

Onboard for this mystical journey you’ve got painted bits, turquoise stones and beading. One illustration appears to be Mickey Mouse – not sure what he’s doing on there. There’s also a sort of dog with long ears, a little hat and a human face.  Doubtless a warning to those ignorant of this garment’s macabre potency.

With its native American detail, I’ve got a feeling that this jacket’s powers may well focus on the wearer’s command over wolves and bears. Maybe big eagles. And in all fairness, there aren’t that many wolves, bears and big eagles in south east London. I’ve got a feeling I might not be able to access the full range of hocus-pocus. Which, I don’t mind telling you, for that much money would be disappointing.