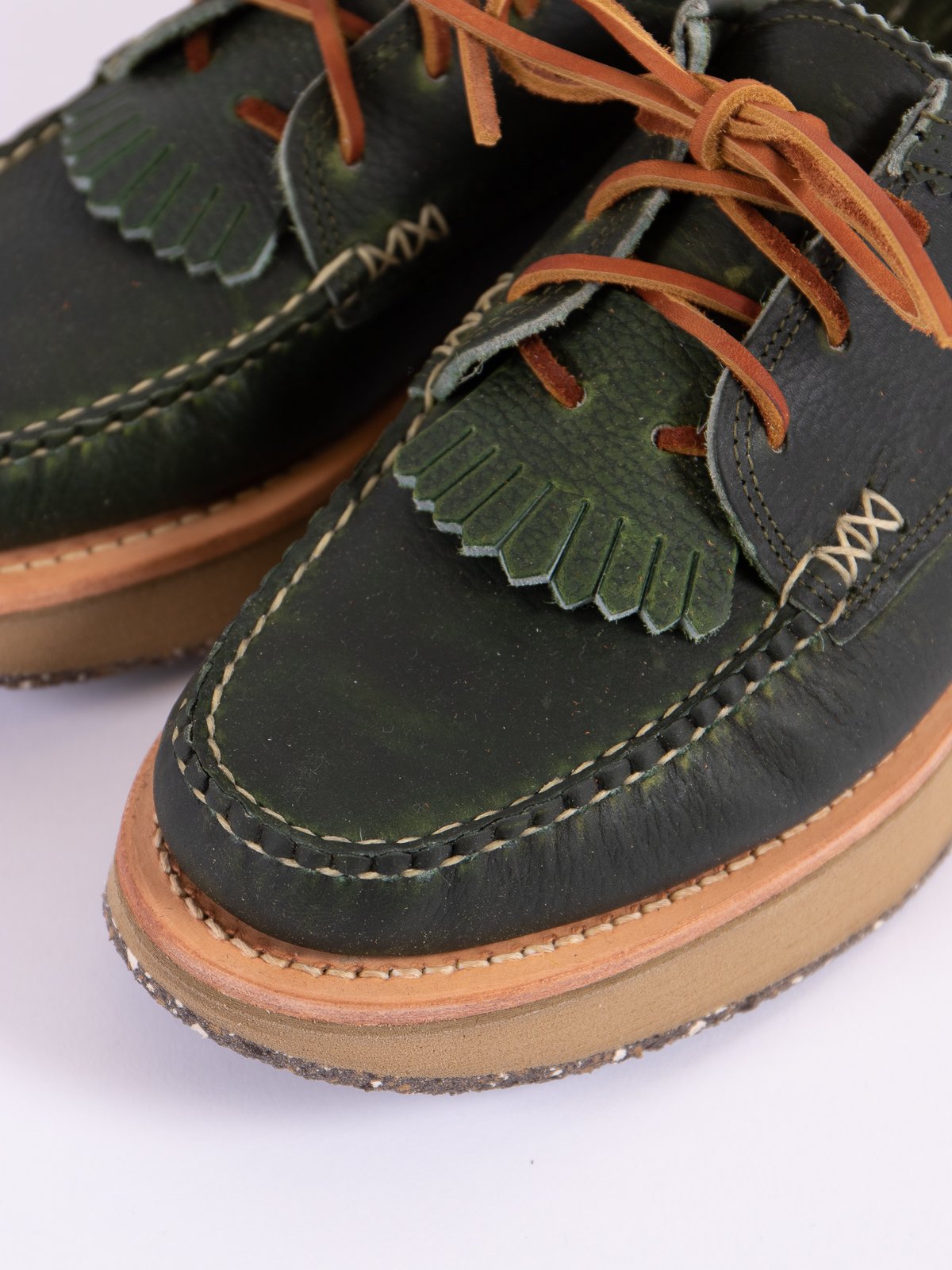 I own a pair of these in tan. I can vouch for their superbness. I can also vouch for the fact that, over the last three or four years, Yuketen shoes have steadily risen in price here in the UK. What used to clock in around the high threes, have risen well into the fours. The low fours have comfortably broken the five ceiling. So while I paid around four for these a few years back, you’re now looking at a non-trivial £535. That’s over half a grand for a pair of casual shoes.

I mention this not because they’re not worth it, on the contrary, they’re some of my most loved and well worn shoes. I just mention it in the hope that maybe just one corpse-witted Brexit-liker will read this, momentarily stop pawing at their Weatherspoons breakfast and wonder if dragging the UK out of the EU has any downside. Admittedly, fans of the Weatherspoons’ ‘Miner’s Benedict’ (black pudding, toasted English muffin, Hollandaise sauce, if you’re interested) are not really this site’s target demographic. But in the country’s current intellectual stagnancy, you can’t rule anything out.

Anyway. Yes, these shoes will take a relaxed shit directly into your wallet. But they’re still wonderful. The green colour-way feels on-point. And the make-up and comfort these things offer are second to none. Handmade; full grain leather; removable kiltie; leather insoles; exclusive to The Bureau; they really are formidable.

It’s the ‘rocker’ outsole that really makes them. A skyscraper of a thing; so chunky, and yet incredibly light-weight; they’re so comfortable, so great for, you know… wearing to walk to and from places. The only thing preventing me from owning three or four pairs of these is the cost. After drinking in the romantic whimsy of the product, flicking your eyes between your bank balance, and the price tag, and then back again tends to ground a man. Let’s face it, they’re probably not for you. And unless they happen to end up in the sale both conveniently sized and priced at some point in the future, they’re not for me either.