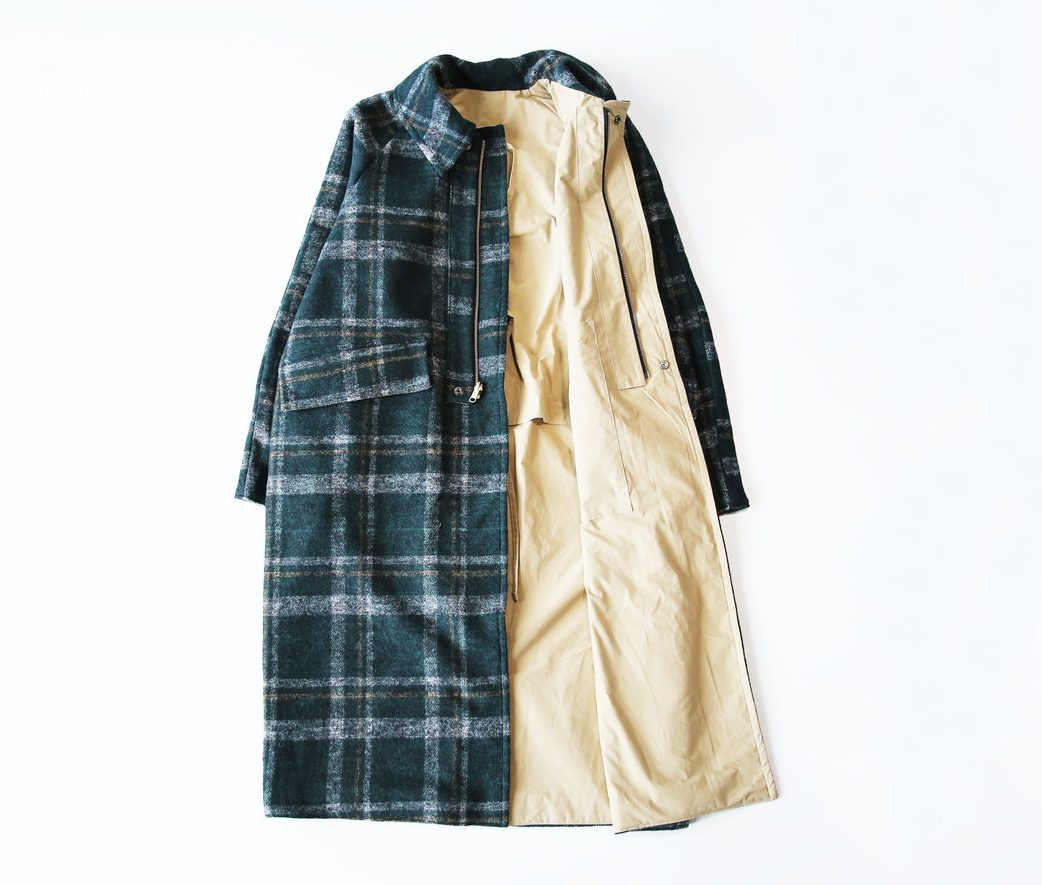 Be of absolutely no doubt, this is an astonishing coat. It’s easy to flip past clothing online, skimming your feed, not pausing long enough to really evaluate. And then, of course, there’s nothing like actually seeing a piece, trying it on and realising instantly that the digital medium could never do it justice. I had that moment yesterday. I tried this coat on. It immediately made everything I own look shit. Best believe. There’s next level. And then there’s this Tatamize coat.

Perhaps it’s the luxeness. It’s wool (albeit with 20% poly) and it’s huge. It’s like being inside a giant Ginsters Lattice, but one with especially well turned pockets and fewer onions. Detractors might suggest that the big check lends it too much of a Dr Who/Sherlock Holmes vibe. Not that that’s necessarily a bad thing. But seriously, if anyone took against this garment I’d consider their knowledge of menswear to be fundamentally flawed. I might even slap them about the face with my gloves.

This coat manages to be grown up, while retaining the kind of joyous, progressive thinking most often found in the young. The Japanese are brilliant at that. To streetwear enthusiasts it’ll look like a adults coat, to adults it’ll look like you didn’t get the memo.

It’s reversible, if that wasn’t clear from the images. And contrary to many double-sided garments, this one is actually totally wearable each way round. Check-side-up for business, cotton-side-up for teaming with a fuck-off bucket hat, a pair of Hoka One Ones and a Canon EOS with a cheap imported macro lens.

The main things you don’t get from the images are, the way the zippered storm flap hangs when the coat is open. When worn check-up, you get flashes of tan cotton and, well, for want of a better description, it just looks really cool. Also when worn this way, the two dangling ties attached to the cotton side just hang out – kind of like Craig Green’s signature, but subtler. When wearing this thing, it’s like there’s too much coat, too many things going on, yet it feels good. You’re ODing on woollen ketamine, but you’re still in control. Just.

As is traditional on this site, the only downside is the cost. I won’t tell you. Go and have a look yourself. If the swing ticket doesn’t terrify you, then go and try it on. I tried it on before knowing the cost. I will be tortured by what could have been for the rest of my days.