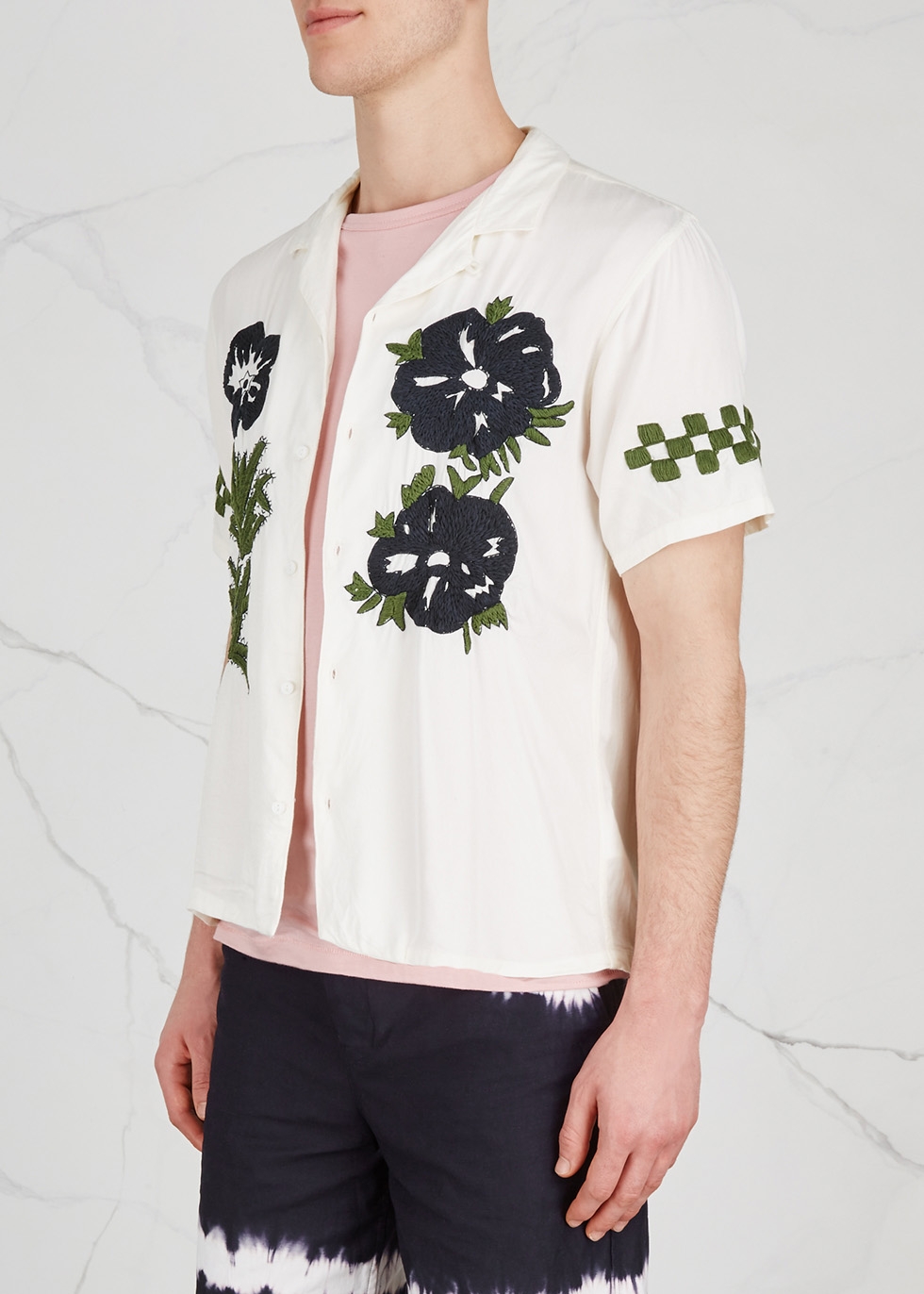 Increasingly feverous weather encourages short-sleeve thinking. Some reach for last summer’s white tees. But white tees don’t stay white. Even with judicious washing, after a season’s wear they’re the shade of cheap builder’s brew. What was crisp white is now shallow grey, as though the result of a passing acquaintance with a tea bag. Marry that with the pre-sun pallor of the average Brit and you’re entirely blanched. An ashen, anaemic ghoul; soaking up the beaming sun with the enthusiasm and glamour of pizza dough.

So fuck the simple white tee – even a brand new one offers the briefest satisfaction. Far better to face the warmer weather in an impractical, imported, embroidered shirt, one that takes your bank account to the very edge of anguish.

Noma t.d. excel at producing simply cut garments, using freakshow fabrics, or covered enthusiastically in decoration. Don’t get me wrong, the results are banging – I mean, just look at this shirt. But they do throw up some more practical concerns. For example, you probably wouldn’t want to just toss this embroidered shirt in the washing machine on a 30°C. And even the most nonchalant dry cleaner might want you to sign a waiver. Apparently it’s 100% rayon. Would those dark flowers wouldn’t run into the cream body? For £270 you’d hope not.

But enough of those entirely reasonable concerns. Let’s instead seek solace in the frivolous and mildly idiotic. It’s a farcically expensive shirt. No one you know will have one – which is good. No one you know will have heard of Noma t.d – which is very good.  It would look really cool with baggy trousers on a sunny day. People would assume it was printed at first glance, then realise it’s actually embroidered, which would make you look like Daddy Fat Stacks. I mean, seriously, at what point does the best part of three hundred quid for a short sleeved shirt start to feel like a bargain?