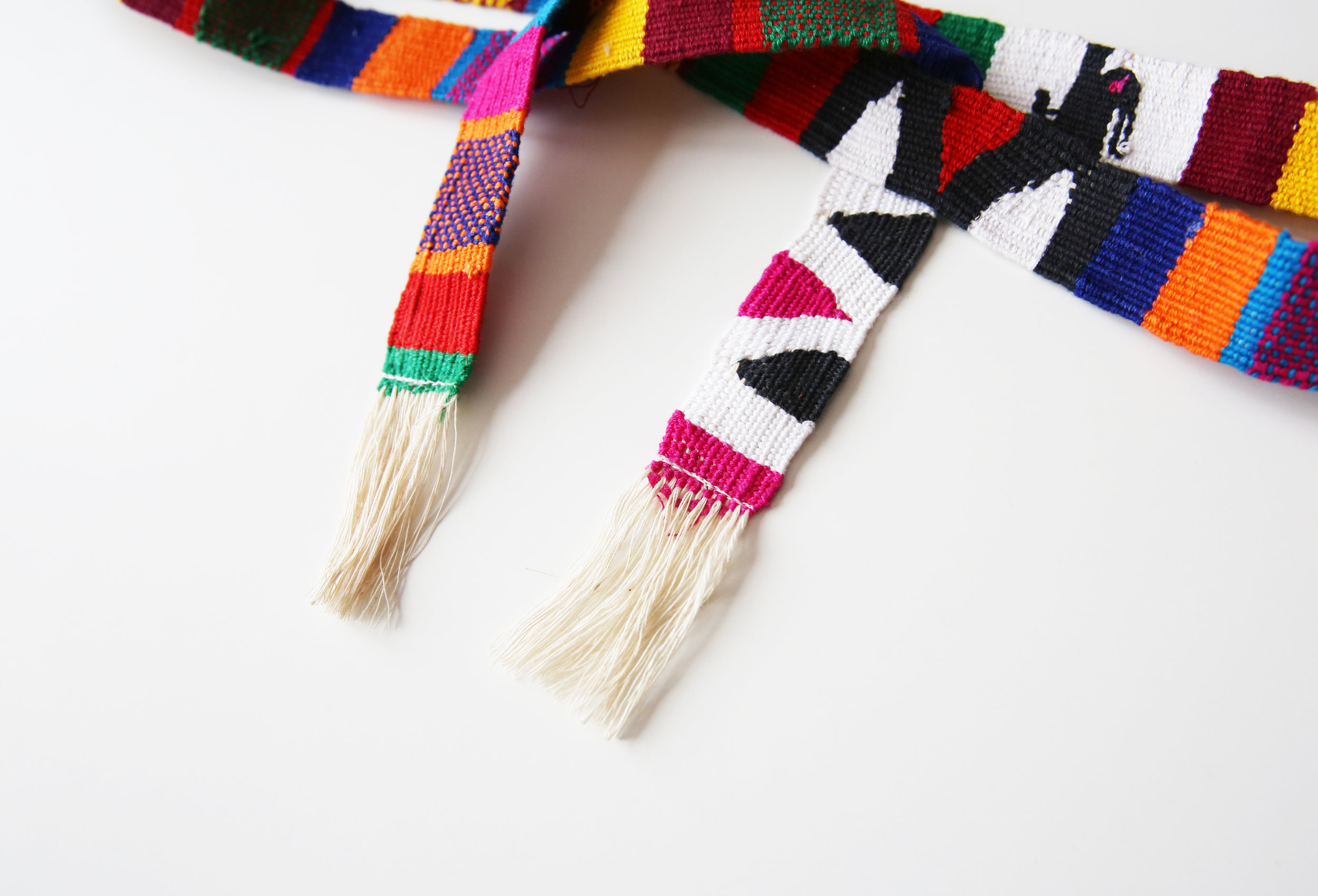 For spring/summer, Japanese imprint Naissance have gone big on pastels. Blazers, tees, outerwear, even a softly muted camo; all in a diluted palette of yellows, blues and greens. Basically, the uniform of a Miami blow lord. But standing out from the dusty hued collection are these kaleidoscopic belts. Not something Sonny Crocket would have worn, but if you can tolerate the Buddha cuddling, crystal-rubbing connotations of these fringy numbers, I think they could be a game changer.

Stick one of these on a simple cotton trouser and tee combo and instantly you’re a fucking shaman. You’re a guy in perpetual combat with his own artistic demons. You’re fighting to complete your novel, your poem, your song. At the very least you know how to knock up a nut loaf.

There’s not that much to say about the belts themselves. They’re cotton, they’ve got hand-tooled fringe detail and they need tying up, just below your pint-bag. There are two styles, one is multi coloured (my preference) the other is red, gold, green and black, offering a nod to the Pan-African colour scheme. Jah bless etc…

At £47.50, these belts are an affordable pass to a world you probably don’t inhabit. The kind of world where, because you wear an outlandish, tie-up belt, people assume you are a bit weird and subsequently probably quite deep and interesting. This is definitely a good thing. Strangers will be more circumspect when approaching you. And when you’re conversationally engaged, just drop in the word ‘metaphysical’ a few times and your transformation will be complete. If you’re put on the spot about your waistwear, just mumble that it’s, “dernier cri“, take a swig of your apple brandy and walk off to stare at the stars. That’ll learn ’em.