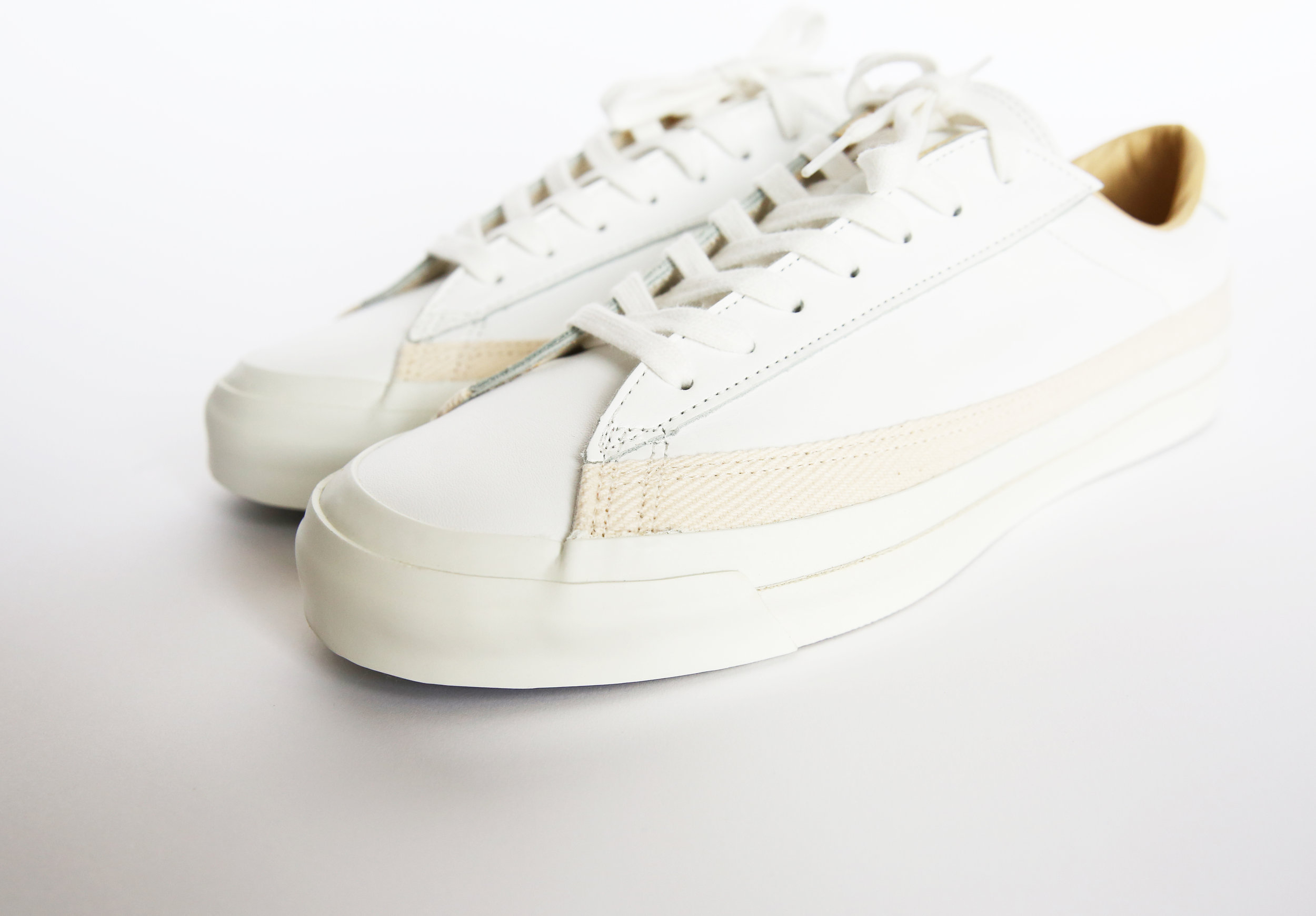 Given the abundance of story telling in contemporary marketing, it’s all the more remarkable how few interesting stories there actually are to tell. When it comes to menswear, it’s all articulated sleeves, organic this and that and the contribution of some obscure team of weavers indigenous to Tibet or High Wycombe. Really, they’re more facts than stories.

Menswear is rife with details like these; intended to bestow on the goods a sense of the otherly, a notion of betterness; fanning your desire and making your ‘click to buy’ finger itch. Which is all well and good, but stories they are not.

While hardly Anna Karenina, these sneakers do actually have a story.

You’ll notice the ‘belted’ bit on the shoe. It’s the natural cotton band running around the upper. Well during initial creation of the Nike Blazer this band was glued on the shoe. The problem was, it didn’t take. They kept falling off. Thus for a short period, until a more sophisticated adhesive solution could be identified, the belts were stitched on. It is this approach that has been unearthed from sneaker history and represented here.

I told you it was hardly an edge-of-seater. But it’s still a story of sorts. And now you’ve been seduced by the narrative, it’s the time when you’re expected to contribute your chapter to the tale by buying a pair.