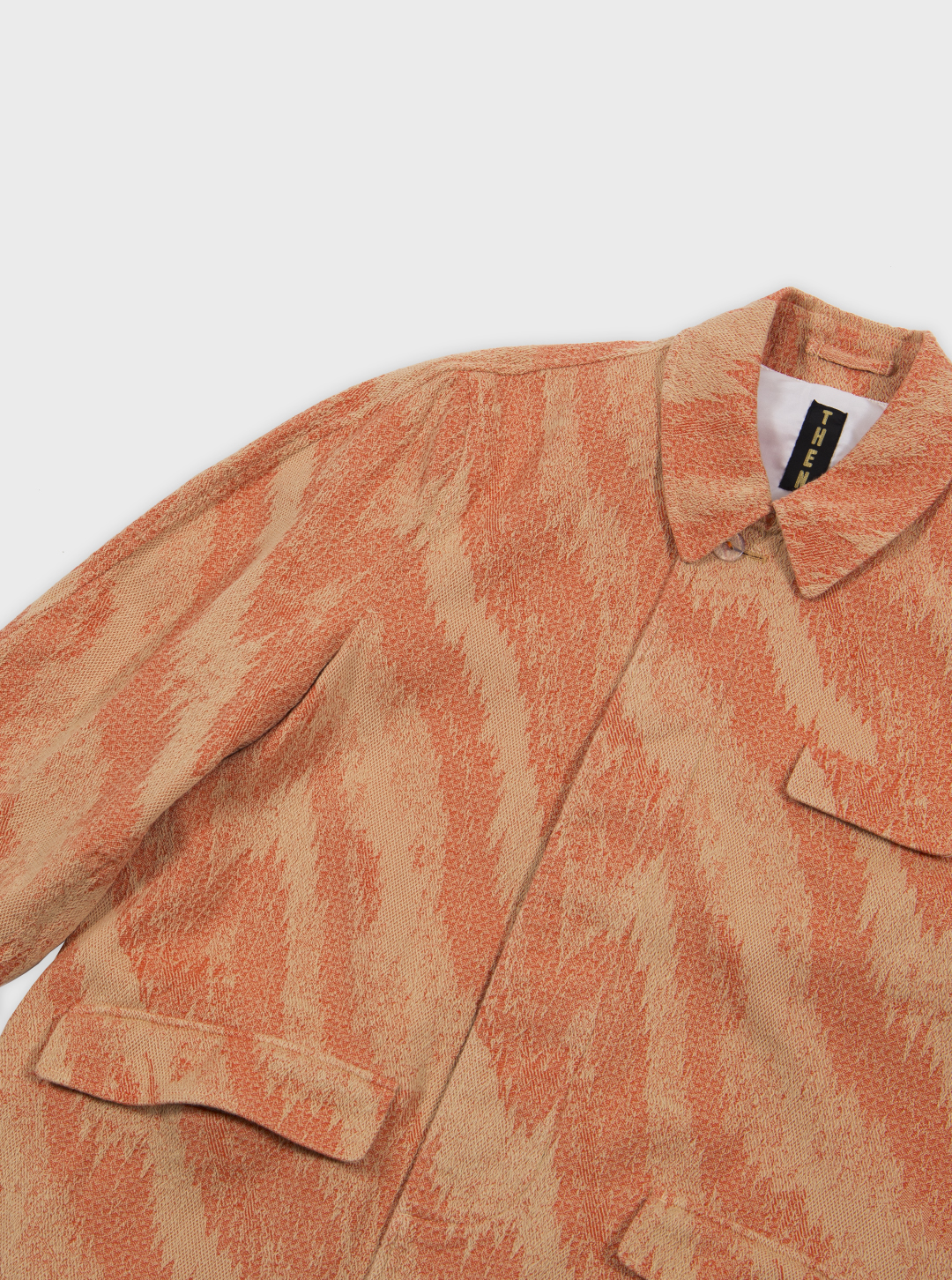 It’s always impressive when someone I know checks in on social media at a place that isn’t their home. I appreciate the selflessness of the act. Giving others a glimpse into their exciting lives, allowing friends to take vicarious pleasure through their actions. Some people think that checking in at a place like Soho House for example, is just a digitally legitimised instance of vulgar and asinine boastfulness. I won’t hear a word of it. I never get tired of seeing check-ins at Pop Brixton, or an airport, or a regional pizzeria. It’s all so thrilling.

I see this coat as a physical manifestation of this phenomenon. It’s a coat so bombastic, it’ll check you in at your destination before you arrive. Although whether it will generate as much envy as a long weekend in Venice is of course subject to taste.

You could probably have a long weekend in Venice for the price of this. It’s from Then, a new brand from William Kroll, the guy behind Tender. Over at Present they’re asking 625 coins for the privilege.

While Tender is all about that whole crumply rustic, bark, sticks, moss and vegetation vibe, Then seems more conventional. There’s more structure in the line, more standardisation and rigorous finishing. That said, Then is not shy of colour. Fabrics are custom-woven in England following mid-Century upholstery patterns. Pattern and self-pattern rule; this is not a range for the inhibited.

This coat is the stand out for me. It’s called a “Glacier Coat”, which I guess equates in some way to the zig-zagging pattern. And yeah, it’s strong. It’ll get you noticed. It’ll turn heads, and probably cellphones in your direction. People will know where you are in this, without you bragging-up your feed. So maybe pop it on when you’re jumping on an easyJet to Marbs. Perhaps leave it at home when you’re nipping to the corner shop for a plastic suitcase of Cusheen Quilted.