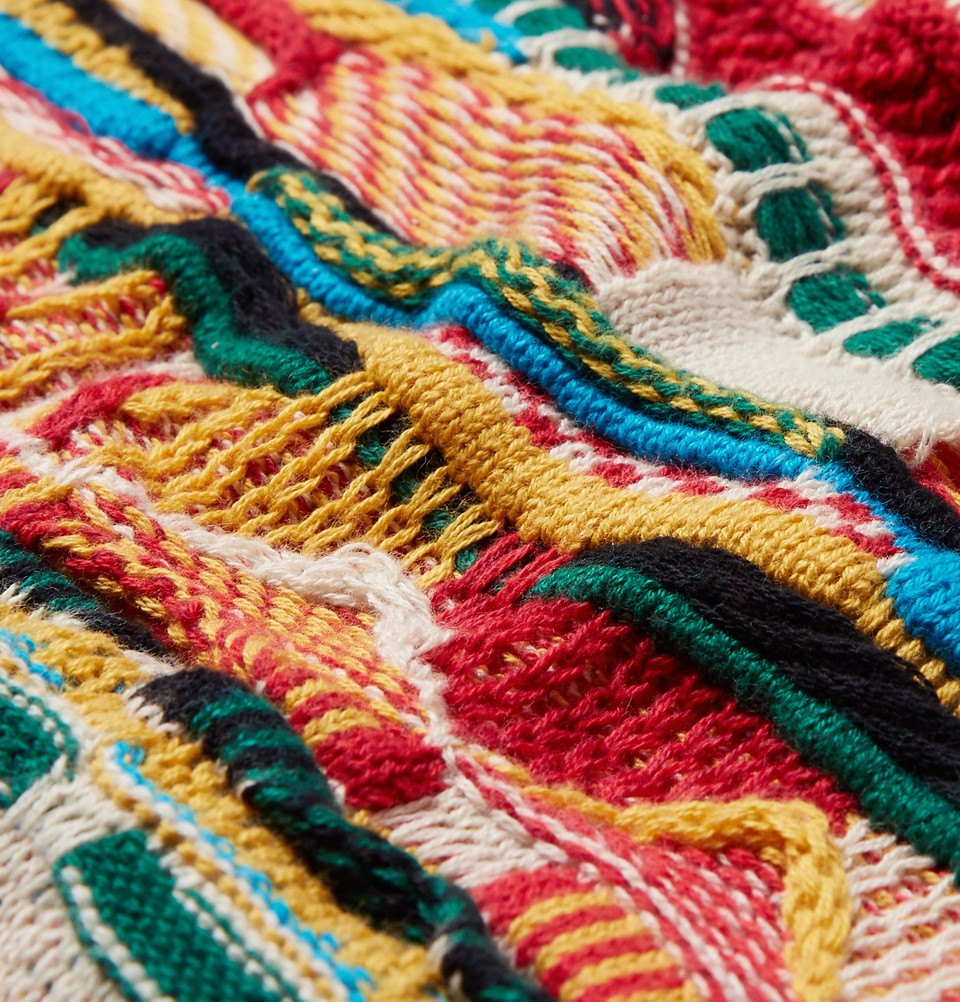 Experts in the indigenous peoples of northeastern Arizona will immediately recognise the signature of the Hopi tribe in this Kapital knit. Buffoons like me see something Salt-N-Pepper used to wear.

While it is infuriating being schooled on American mythology by Mr fucking Porter, it’s not so infuriating that I can bring myself to research it myself. So, in the interests of expedient journalism let me regurgitate Porter’s knowledge in different words… Hidden amongst the insane weavery are apparently representations of Thunderbirds; fabled foul large enough to carry a killer whale. So basically a made up bird. Like a unicorn. But not a horse.

Porter say, “wear it with dark trousers to let the vibrant multicoloured palette take centre stage.” My advice is entirely different. Virtually the opposite in fact. I would play this down, under a washed denim jacket perhaps. I’d let snatches of the stitchy superstitions pop out from time to time, but I’d tone it all the way down so as to suggest a more casual, unconscious choice. The last thing I’d do is make it centre stage. Unless of course you’re auditioning for a walk on part in Justin’s House.