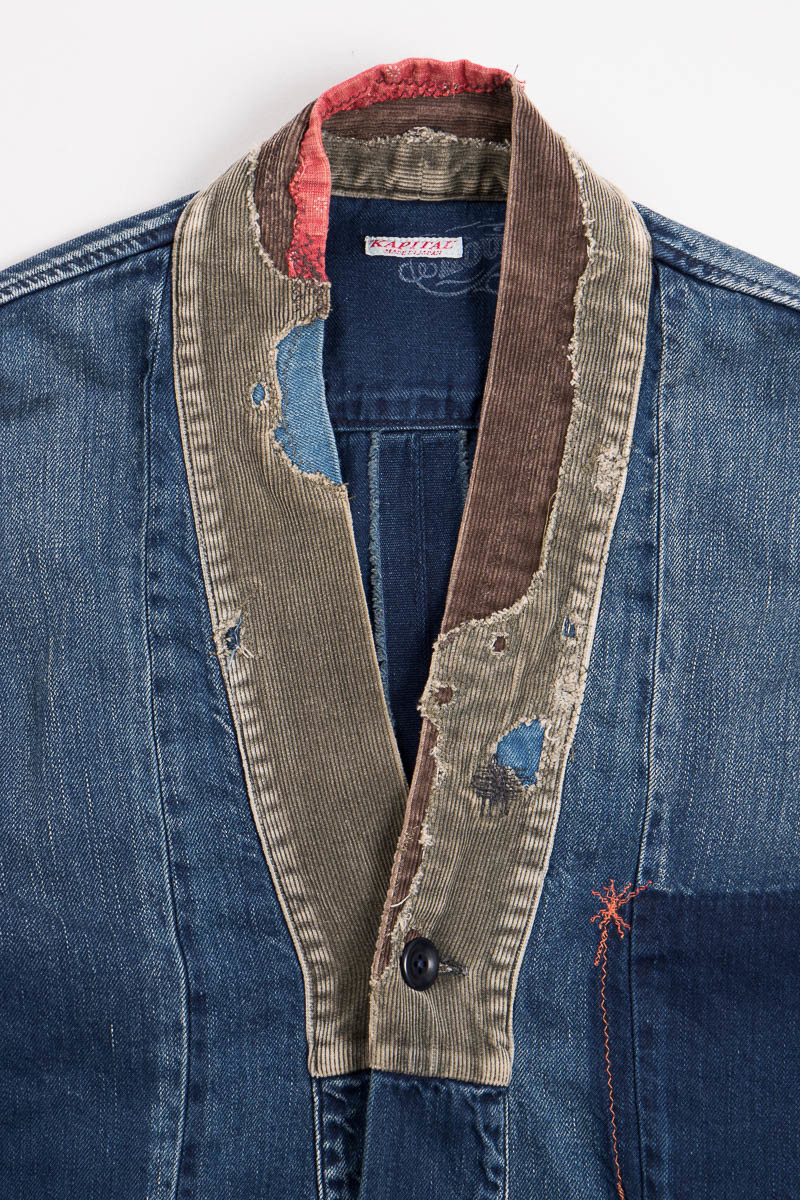 As a blatant signifier of your anti-establishment sartorialism, it doesn’t come more blatant than this. Looking like it’s gone 12 rounds against a boxer made of Brillo Pads, this Kapital denim cardie has the slovenly look of a downhearted physics professor and the audacity of an unyielding combatant. It’s the antithesis of mainstream, Kardashian inspired trash. While simultaneously looking like it belongs in a bin.

It’s part of Kapital’s “Kountry” collection, a sub-brand of the already distress-heavy Kapital mainline, just one that’s been dragged a couple more times around the cowshed. And contrary to the condescending nature of my tone, I fucking love this shit.

As is often the case with many pieces I gab about, while this is called a shirt, to most western eyes it’ll look like a cardie or a jacket of sorts. It’s a Kimono style piece basically. And it won’t have escaped your notice that while it’s mostly denim, it’s got corduroy collar detail which appears to have survived numerous suicide attempts.

It’s available over at The Bureau for a robust £335. A figure that, frankly, I hope puts you off. The ‘physics professor assaulted in a cowshed’ look is my vibe.