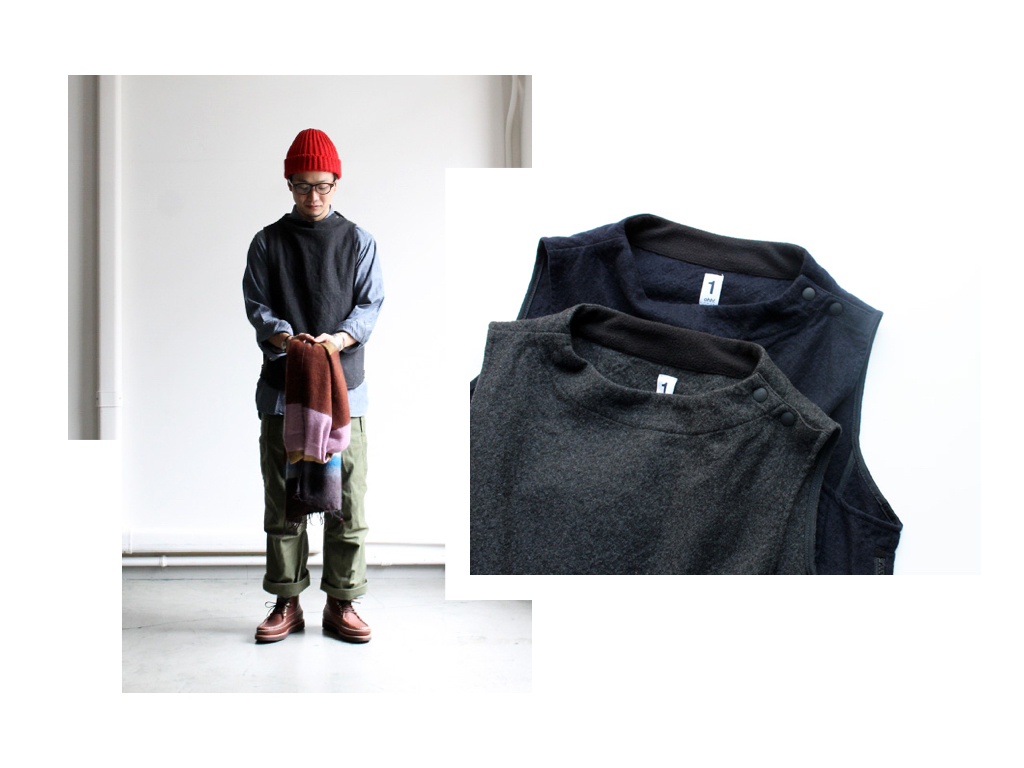 For many, menswear rarely deviates from four staples: trousers, shirt, sweater and jacket. In the geometry of style, this sartorial quadrilateral forms the foundation of what ‘most western guys wear’™. And for a great many dudes this has, and will probably always be, the case. Personally, I like stupid shit like this. A Japanese, over-the-head, sort of tabard thing. Stuff like this moves menswear forward. It provokes the conversation. It asks questions. Even if it’s just, “what the fuck have you got on now?”

You can grab this over at Strato – an amazing Japanese webstore specialising in dudeswear weapons you’ll struggle to find in the UK. This soft, melton wool, popover is by Ohh! Nisica and boasts snap buttons at the neck and zippers on both sides allowing an average dude to thumb his booze-waist into the thing.

Make no mistake this is some heat. I mean, look at the dudes in the pictures. They look mad-comfortable. Totally at ease being part of the advancing dialogue around men’s style. Wearing what’s basically the top half of a giant baby-grow.