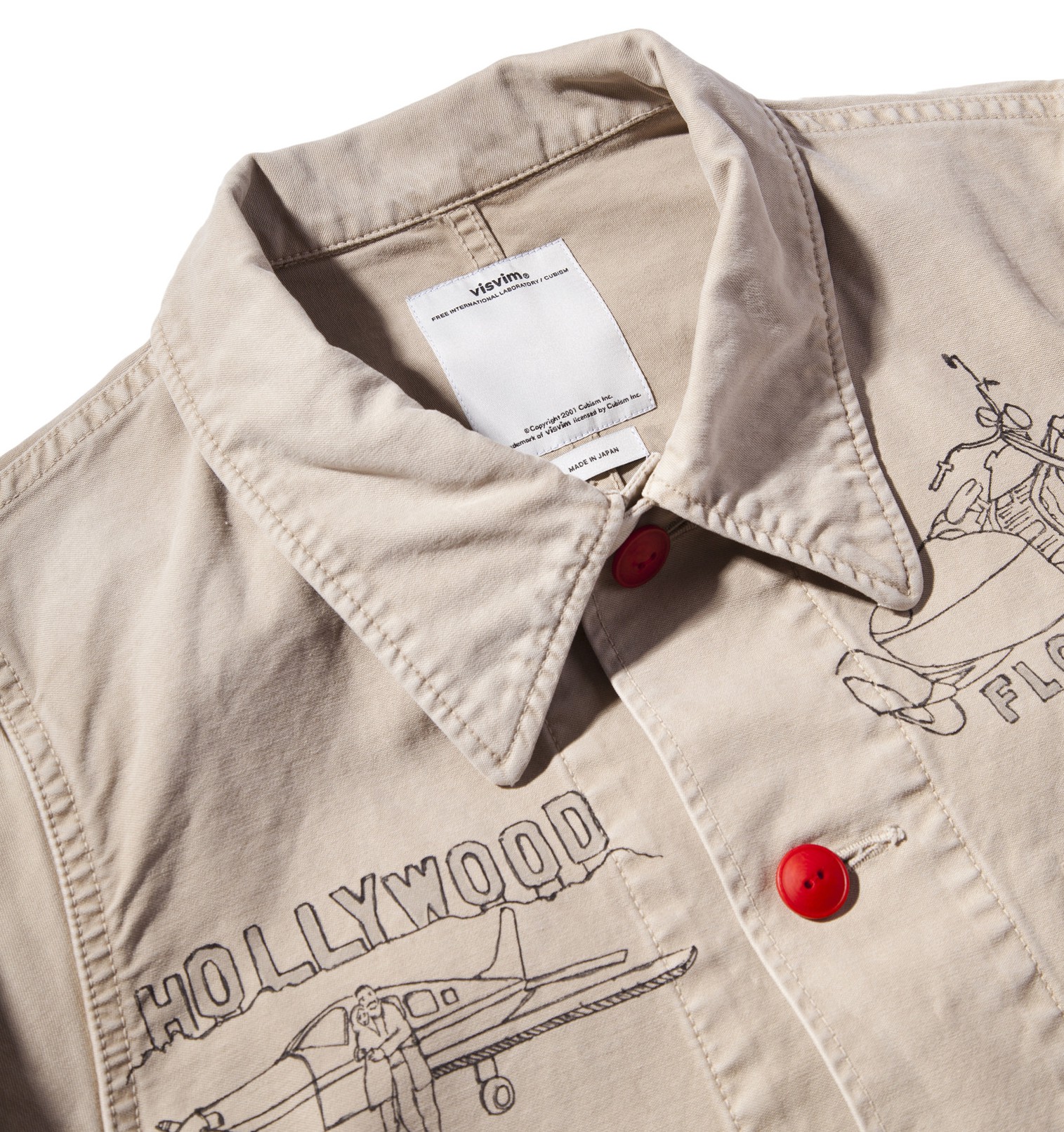 I often think the human race is regressing. You used to go to a cafe to buy a sandwich and it’d come pre-sliced, in two, on a plate. Fundamental to its make-up would be the notion of convenience eating, with one’s hands. I’m pretty sure that was the Earl of Sandwich’s whole vibe. In Peckham, I now order a Merguez sausage sandwich and it comes served on a small piece of wood, sausages sitting within a wedge of the thickest, crustiest bread conceivable. Not only does it bend your teeth to bite it, if you try and knife it, it splinters and shards of shattered crust go everywhere. This ridiculous designer ‘sandwich’ isn’t made correctly, isn’t served correctly and while pitched as a trendy advancement on the sandwich genre, actually regresses the user to the level of the beasts. You end up having to constantly blow bits of crust off your keyboard. Like a fucking caveman. Anyway, here’s a jacket.

There’s an element of regression to this new jacket by Visvim too. It’s covered in the kind of crude-but-cool drawings that have become the de facto way of conveying ‘handmadeness’ in contemporary illustration. It’s a bit Vic Reeves. It’s a bit toilet walls. It’s a bit the-best-drawing-you-can-do-if-you-really-concentrate.