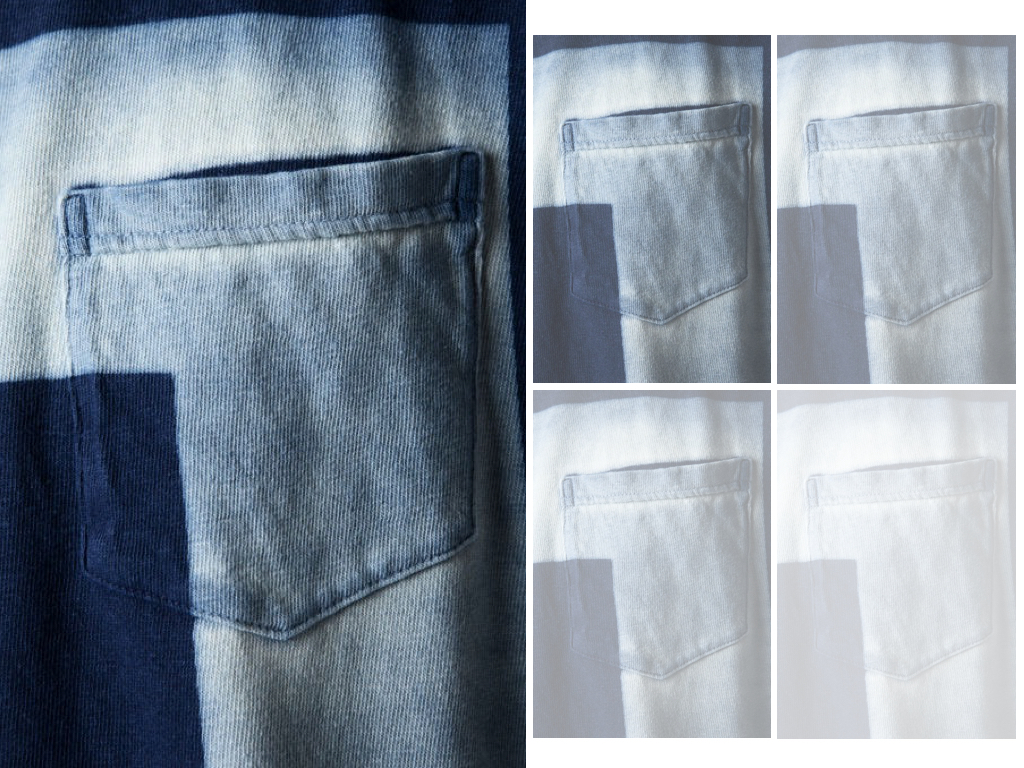 I’m going through a T-shirts with big stuff on them phase. I’m not wearing them as such. In fact I’m not wearing them. My ‘phase’ is strictly non-actual. That’s to say, I’m writing about T-shirts with big stuff on them, on here, on this blog, but in my real human existence, I don’t really think about them. I just sweat it out in my usual garb of hangy-out over-shirt and lightweight jacket. It is this level of authenticity that I hope defines this site and encourages so few people to return with regularity.

This T-shirt with big stuff on it comes courtesy of Blue Blue Japan. It’s a garment that would run you about 61 quid if you were standing in their store in Japan and the best part of 100 quid if you bought it from one of the few indie retailers to carry the brand in the UK. This is where being able to physically fly, owning a fully functioning Tardis or developing some Enterprise level teleporting technology would come in handy. Failing that, you could buy it off their website and grit your teeth as the inevitable email from UK Customs tells you you need to drop a further 30 quid to release your garment for delivery.

That said, it’s an indigo T with a big white square on it. The kind of square you’d create on Keynote if you made a decent sized box, changed ‘Fill’ into ‘No Fill’, changed ‘Boarder’ into ‘Line’ and cranked up the point size to about 95. It’s a nice fucking square is what I’m saying.